Amythyst Kiah sheds the weight of oppression and finds power in identity on her new song and Rounder Records debut, “Black Myself.” The accompanying new video, directed by Kwaku Otchere and choreographed by Aysha Upchurch, is a strikingly cinematic collision of political commentary and personal conviction, drawing on this creative trio’s individual experiences of being Black in America.

The “Black Myself” video debuted across MTV, BET and CMT, plus on ViacomCBS’ Times Square Billboard yesterday (3.16), and is available today.

Watch for yourself here 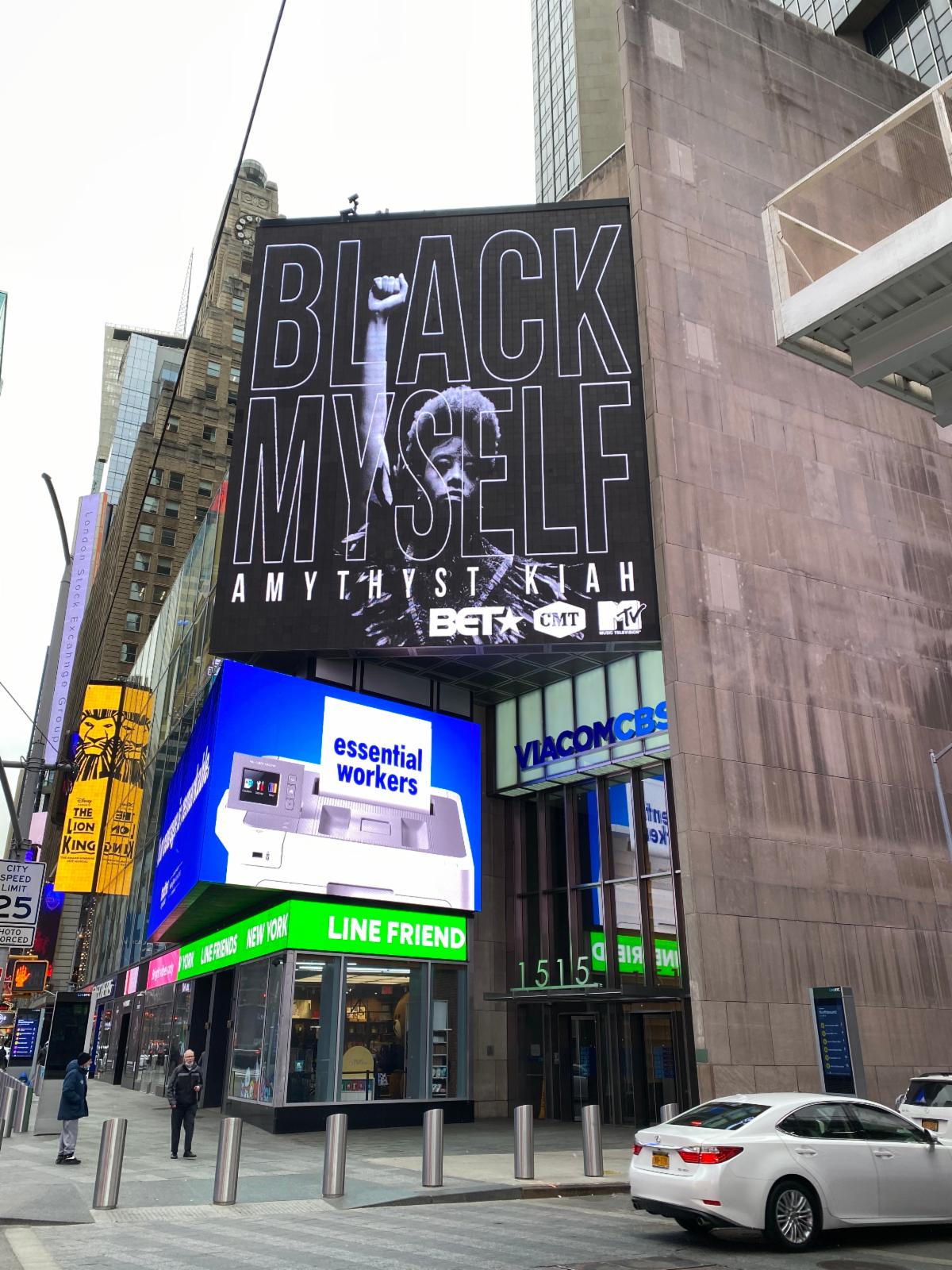 “Kwaku Otchere's artistic eye and ability to create such powerful visuals while simultaneously keeping everyone on set safe amid the pandemic is truly remarkable,” says Amythyst. “Adding the talents of choreographer Aysha Upchurch and dancer Des Polk allowed this project to flourish even further. The four of us helped realize the vision of this video by incorporating our individual experiences of being black in America.”

Director Kwaku Otchere adds, “it’s called “Black Myself”, but it’s really a journey about finding one’s self, any one’s self - your self.”

Originally recorded with Our Native Daughters, “Black Myself” earned a 2020 GRAMMY Award nomination for Best American Roots Song and won Song of the Year at the 2019 Folk Alliance International Awards. Kiah’s new version - radically reimagined with the help of producer Tony Berg (Phoebe Bridgers, Amos Lee, Andrew Bird) - represents a stunning expansion of her sound into the world of iconoclastic alternative rock.

Growing up a Black and LGBTQ+ woman in the Bible Belt, Amythyst experienced social anxiety, grief, alienation - and ultimately, the hard-won triumph of total self-acceptance. With an unforgettable voice, the Tennessee-bred singer/songwriter is redefining the limits of roots music and has already been named one of PEOPLE Magazine’s Black Musical Artists to Watch in 2021 (alongside artists from all genres including Masego, Rico Nasty, Brittany Howard, Willie Jones, others).

There will be more new music coming from Amythyst this year.

PRAISE FOR “BLACK MYSELF”

“She revisits it with a fuller studio production, reinforcing its distorted guitar with more effects, more layers and a bigger beat, adding extra clout”

“Breakthrough for an artist on the rise”

“Blistering...a must-listen about living in the land of white privilege”