Angie McMahon has shared a new live performance video for her breakout single "Slow Mover," filmed at her sold-out hometown show at the Corner Hotel in Melbourne, Australia. The clip perfectly encapsulates the energy and intimacy of one of the young musician's buzzed-about live shows, displaying why she took home this year's SXSW Grulke Prize for Best International Developing Act (past honorees include Jade Bird, Courtney Barnett, and CHVRCHES) and was recently booked to open for The Pixies, Father John Misty, The Shins, Mumford & Sons and Alanis Morissette. During the performance, Angie beams ear-to-ear as the crowd sings along to every word of "Slow Mover,” and the sense of community is powerful enough to radiate straight through any video screen.

"Slow Mover" will be included on Angie's upcoming debut album Salt (due later this year on Dualtone Records) along with the other tracks on her A Couple of Songs EP, "Keeping Time" and "Pasta". Angie recently sat down with W Magazine to detail this new music, the road that led here, and why she's only just getting started: http://bit.ly/2WebAcO

"'Slow Mover' celebrates being uncertain and taking plenty of time to get to a good place," Angie said in a personal note to fans. Read the full thing here: 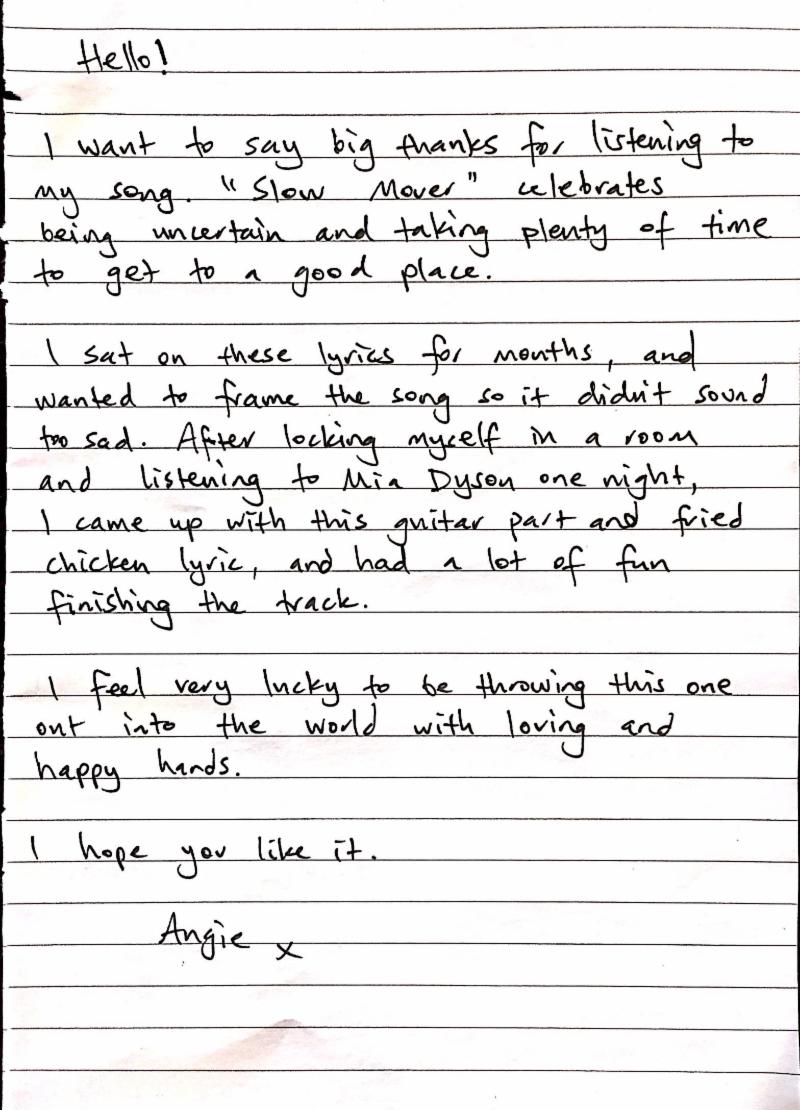 Upon its release, Angie’s A Couple of Songs EP was deemed “a perfect showcase of her gifts as a songwriter and vocalist" by The FADER, while NPR Music praised her “serious riffage and grit” and Consequence of Sound added "clearly, big things are happening for the young talent, and you can hear why.”

Angie will share more new music and additional details about Salt in the coming weeks.