Press ReleasesArrested Youth’s ‘Nonfiction’ Out Today via Lowly /...All Releases Headline Tour Kicks off in August

15-Song LP, Produced by John Feldmann, is Accompanied by Single

Out today (6.25), Ian Johnson, the mind behind Arrested Youth, releases his first studio album ‘Nonfiction’ via Lowly / Big Noise. Produced by famed producer and Goldfinger frontman John Feldmann (Blink 182, The Used, Fever 333), ‘Nonfiction’ is an introspective story about growth and discovery. Musically, it pulls from rock, hip-hop, pop, and singer-songwriter genres. Blink-182’s Mark Hoppus joins Johnson on the album’s focal track, “Find My Own Way”. The pensive coming of age single sees Johnson grapple with understanding his true self, ultimately realizing that personal betterment is a lifelong process.

“It’s a song about struggling to find my way in my life, as I try to better understand my motives, self-doubts, and weaknesses,” Johnson explains. “What’s more autobiographical than that?”

‘Nonfiction’ possesses two sonic chapters. The first half of the album features bright, nostalgic records that stir up youthful memories. Both light-hearted and intimate, “7th Grade” looks back at Johnson’s first relationship, while capturing the innocence and naïveté of teenage dating. “Ryan” explores the complicated dynamics of growing up with an older sibling, specifically Johnson’s relationship with his brother.

The album’s second half shifts towards darker, reflective records that focus on building a stronger sense of self. While the subject matter leans heavy, Johnson’s songwriting often reflects positivity. “Family Tree” is an empowering song about not letting the scars on your family’s genetic history (disease, mental illness) shape your own identity. On “Unfaithful” Johnson explores the power of willpower and holding on to your core values, even in the face of temptation. Ultimately, it is about understanding yourself what you need (and don’t need) to be happy in life.

Johnson is looking forward to playing ‘Nonfiction’ live for North American audiences this summer. His headline tour kicks off on August 17th in Santa Ana, California and ends September 16th in Phoenix, marking the first Arrested Youth concerts in over a year. See full dates below: 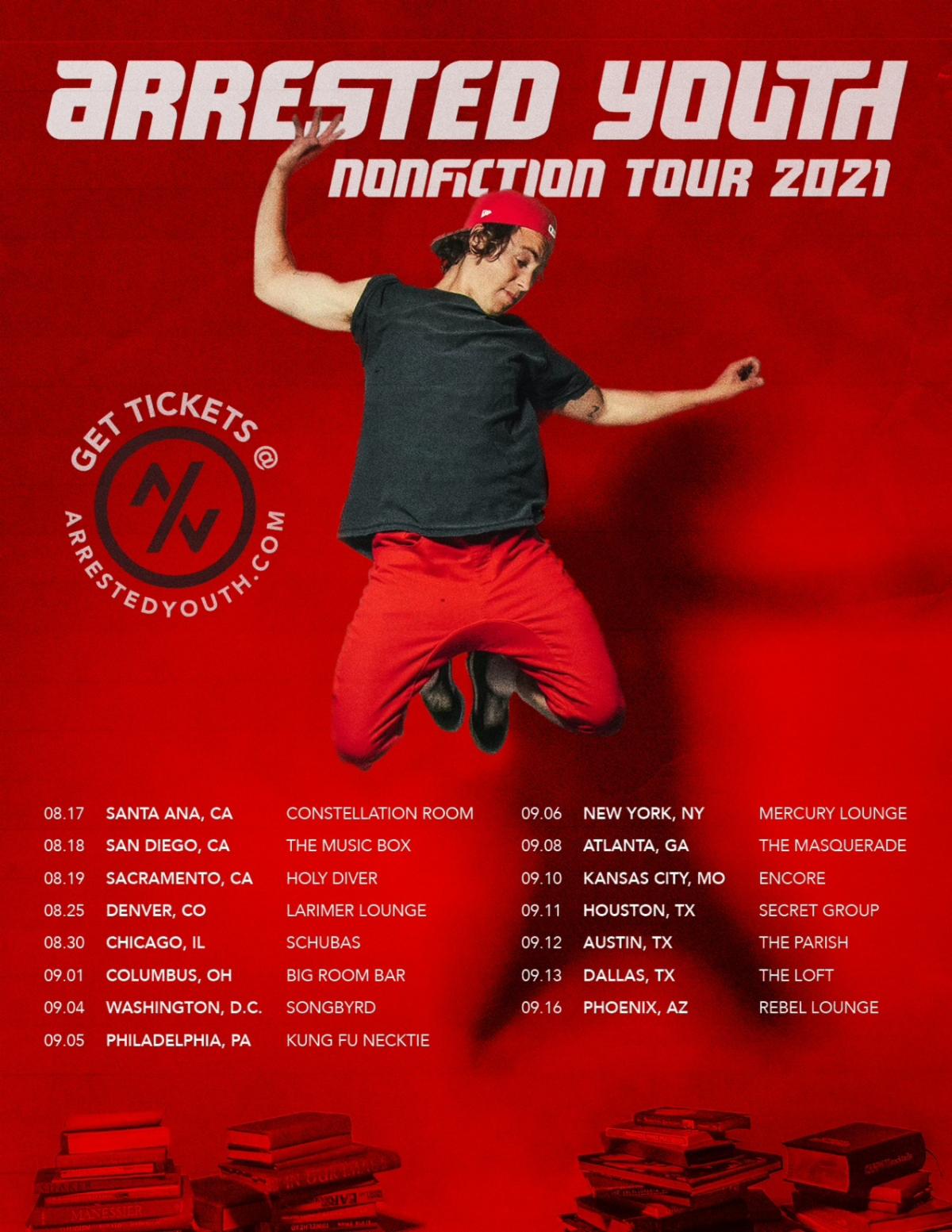