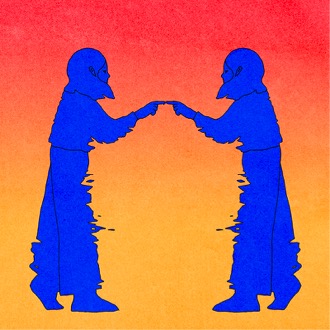 Everything Else Has Gone Wrong LP Out January 17th

“Is It Real” – Streaming Now

Bombay Bicycle Club precede the release of their new album on Friday with "Is It Real" the last track to be shared ahead of the album’s release.

Everything Else Has Gone Wrong is released via Caroline International/Island Records.

"Is It Real" is a song about taking a trip down memory lane, reminiscing about the old times and cherished memories, and wondering when sat next to the responsibilities and struggles of adult life, how any of those fondly remembered days were real.

Listen to Is It Real HERE

Largely written in Cornwall and recorded out in the US alongside Grammy Award winning producer John Congleton (St. Vincent/Sharon Van Etten/War on Drugs), Bombay Bicycle Club have continued to grow, develop and evolve since the release of their debut album, “I Had The Blues But I Shook Them Loose”, back in 2009. Rarely in recent years has there been a British guitar band who have the craft and ability to avoid categorization whilst uniting hundreds of thousands of fans across the globe. With an innate ear for melody and invention, the four-piece are a very welcome return to the fold just as British guitar music makes a timely renaissance.

Bombay Bicycle Club welcome the new album’s release with a full tour of the UK in later this month and into February. The shows kick off on the 20th January at Cambridge Corn Exchange and wrap up at Ulster Hall in Belfast on the 12th February. The run includes two nights at London’s Alexandra Palace, with many of those shows long since sold out and with only a handful of tickets left at the remaining dates. They've also announced a North American tour for the spring, with more dates being added soon. A busy Summer festival season is almost inevitable.

Everything Else Has Gone Wrong Tour 2020  <TICKETS>

+ Very special fan ‘In store’ and ‘out store’ live performances

North American Tour Dates— with support from Sports Team except *

May 01 — Portland, OR @ Crystal Ballroom

Story at @TechCrunch on Spotify testing out a new Stories feature, with help from Summer McKeen https://t.co/wEXEYIPl9A