May 3, 2022 - Five-time GRAMMY-nominated musician/producer/DJ Bonobo will embark on a 20-date full band tour of the US and Canada beginning at HISTORY in Toronto on September 19th. See below for the full tour schedule. It’s been an eventful 2022 for Bonobo - AKA Simon Green - who, in addition to his GRAMMY nominations, also released Fragments, his first full length album since 2017. On the heels of the release of Fragments, Green also made his NPR Tiny Desk debut. Watch the performance here.

In interviews with The Fader, Billboard and WNYC, Green discussed the struggle to find creative inspiration while the world stood still. Additional reviews and coverage came from Pitchfork, SPIN, Zane Lowe, Spotify’s Best Electronic Songs of 2021 and print magazine cover stories with DJ Mag and Electronic Musician. The album led NPR Music to rave, “the grooves cut so deep…it has so much life in it, it makes you want to move.” The Observer deemed it a “brilliant, wondrous work,” giving it 5 out of 5 stars.

One of the biggest names in dance music, Green’s career highlights include playing to over 2 million people for the tour supporting his 2017 album Migration. Migrationalso reached #1 on Billboard’s Dance album chart and hit Top Ten positions in several countries. He’s a favorite mainstage performer at the world’s greatest music festivals, has sold out legendary venues from London’s Alexandra Palace to Red Rocks, has collaborated with Erykah Badu and Jon Hopkins and remixed tracks for Gorillaz, Michael Kiwanuka and others.

Tickets may be purchased here

For more information on Bonobo: https://shorefire.com/roster/bonobo 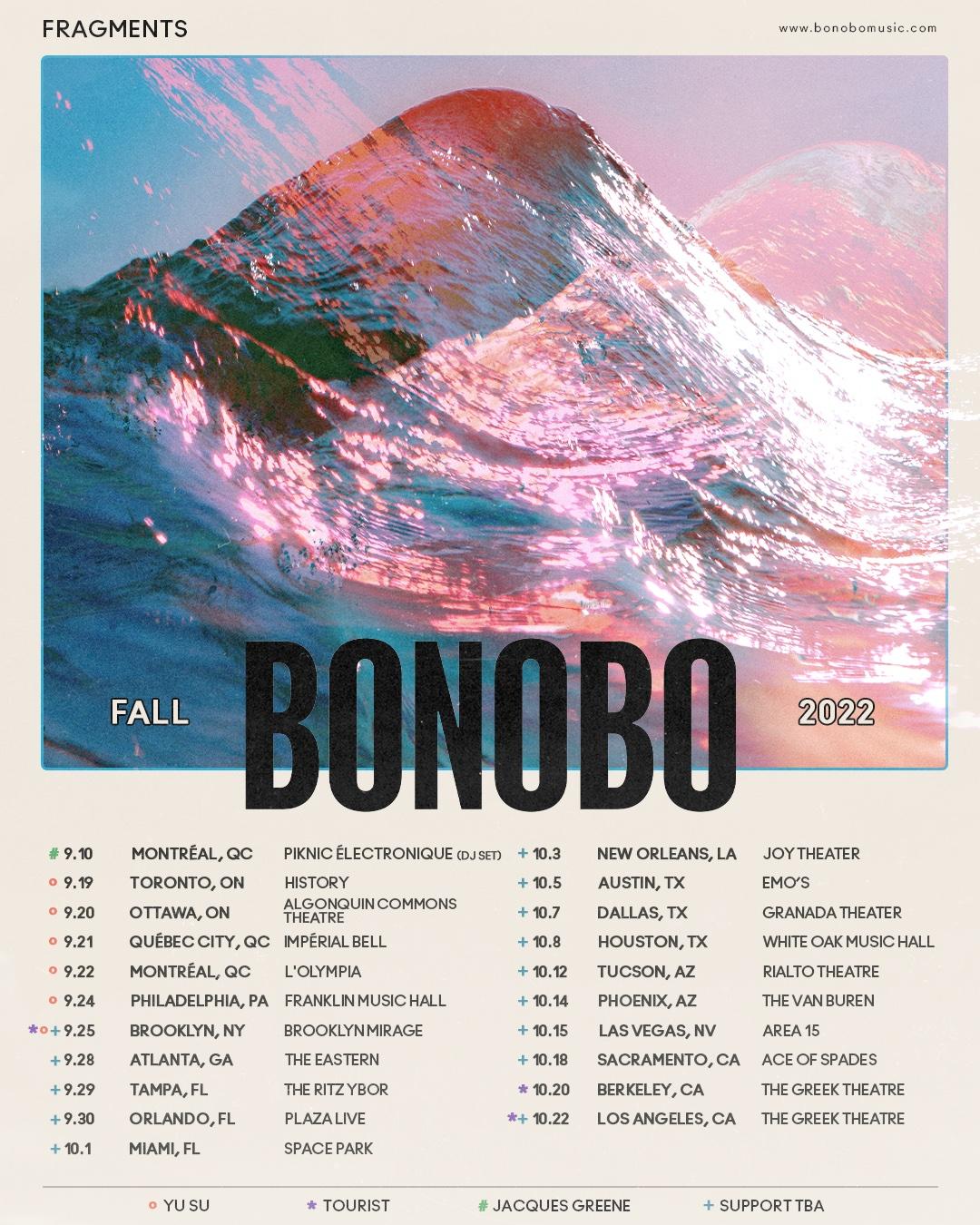