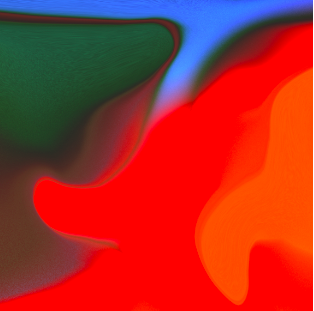 January 24, 2023 - British musician/producer/DJ Bonobo and Canadian musician Jacques Greene have released a new single called “Fold,” issued on Bonobo’s OUTLIER label.  The dancefloor-ready “Fold” is Bonobo’s first new music of 2023 and arrives almost exactly one year after the release of his latest full-length album Fragments (Ninja Tune). While Greene joined Bonobo on his Fragments tour this past summer, this is their first-ever musical collaboration.

“Phil (stage name Jacques Greene) was in LA and stopped by for a coffee and studio hang. We made the bulk of the track that day. We each played a few various versions in our DJ sets over the summer (I even dropped it in a live show once) and made some decisions on how to finish it. It’s been going down really well in my DJ sets. Excited to get it out there finally,” recalls Bonobo, aka Simon Green.

On Friday, February 3, Bonobo will play a special GRAMMY weekend set at a warehouse location in downtown LA hosted by Lights Down Low.

A record-setting tour followed in 2022, in which he performed for over 750,000 fans worldwide. He played Royal Albert Hall in London where his 5-night residency became the longest continuous run of performances for a solo musician, and the longest run ever for an electronic artist. He also performed four times in just 24 hours at Glastonbury Festival in June, and his North American run included the Brooklyn Mirage and The Greek in Los Angeles.

Towards the end of 2022 Bonobo released two non-album dancefloor singles on OUTLIER, listen to “Defender” and “ATK.”