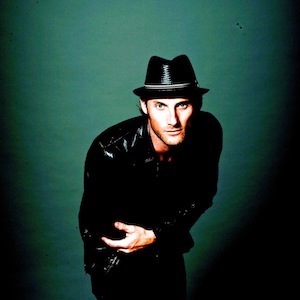 Watch the Video For “The Weekend”

(New York, NY – February 21, 2018) – Singer songwriter, guitarist Chris Stills will release his new album, Don’t Be Afraid, on March 23 in North America. Watch he video for the first song off the album. “The Weekend.”

Recorded over the last few years, Don’t Be Afraid, is an evocative collection of eleven heartfelt songs. Chris exudes a pure authenticity as he writes about his personal life and experiences over the past decade. With an endearing and honest intimacy he crosses a wide range of ups and downs through love and hardships that Chris calls “a self-reflective, atmospheric space walk”.

His first album in over ten years, the collection features three co-writes showcasing new and old friendships. Two with David Saw on “The Weekend” and “In Love Again” and the other with Ryan Adams on “Criminal Mind” while jamming it for the first time at his studio, Pax Am in Hollywood. Chris makes good use of his influences, wearing them like a heart on his sleeve - Pink Floyd in “Don't Be Afraid”... Queen in “I’m Frightened”... Harry Nilsson in “This Summer Love” and Tom Petty in “Criminal Mind”. Yet, with Chris’s very personal touch and stellar vocals he ties it all together making it undeniably a Chris Stills record.

Stills, the son of American rock musician Stephen Stills and French singer-songwriter Veronique Sanson, was raised between Paris and Los Angeles. His multicultural influences are infused in his work as a singer-songwriter and actor. Since his debut album 100 Year Thing (Atlantic Records, 1998) and follow up album Chris Stills (2006), Chris has toured the world performing and recording with a variety of brilliant artists including, Don Was, Leanne Rimes, Ryan Adams, Government Mule, Smashing Pumpkins, Don Felder, Richard Ashcroft, Lucinda Williams, Paul Weller, Ricky Lee Jones. His songs have been featured in numerous movies and television including the hit Showtime series, Shameless and films like American Hustle directed by David Owen Russell and most recently I, Tonya directed by Craig Gillespie where Chris sings the Bee Gees classic, "How Can You Mend A Broken Heart".

Stills will perform on release day March 23 in New York City at The Standard Sounds Annie O Music series as well as on April 21st in Los Angeles where is he is co- producer and musical director for "Light Up the Blues", an annual concert to benefit Autism Speaks at the Dolby Theater. Performances will include Neil Young, Stephen Stills, Burt Bacharach, Judy Collins, Sheryl Crow, Chris Stills, Oliver Stills, Benmont Tench, Mike Campbell, Steve Ferrone, and emcee Jack Black, plus many special guests.

Stills made his acting debut in 2009 as Julius Caesar in the top-grossing French musical, Cleopatre-The Last Queen of Egypt. His film roles include a critically acclaimed performance alongside Melanie Laurent in the French film Requiem for a Killer, which Elle magazine called his performance, “Sublime... a revelation.” He also guest starred on seasons 5 and 6 of Showtime’s Emmy-winning, television hit, Shameless.

*Summer dates to be announced soon