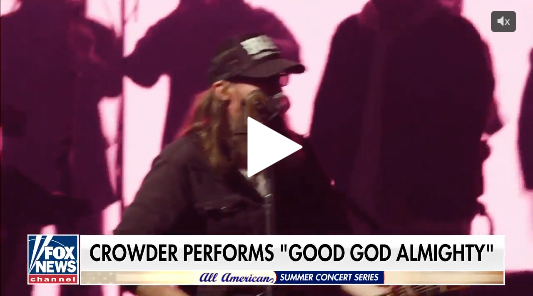 Check out the praise-filled performance HERE.

With its sonic blend of swampy porch-jam meets alt-rock anthem, the standout song appeals to a variety of music lovers and is one of the many tracks that continues to build Crowder’s massive fanbase – racking up more than 1 billion global streams and 2.5 million social media followers.

His 30+ date ‘Milk & Honey’ tour kicks off this Fall and includes stops at the Ryman Auditorium, Carnegie Music Hall and many other famed venues. For more information on Crowder, visit crowdermusic.com.