Cyndi Lauper’s 9th Annual Home For The Holidays Star-Studded Benefit Concert To Take Place In Los Angeles For The First Time On December 10 At The Novo At L.A. Live 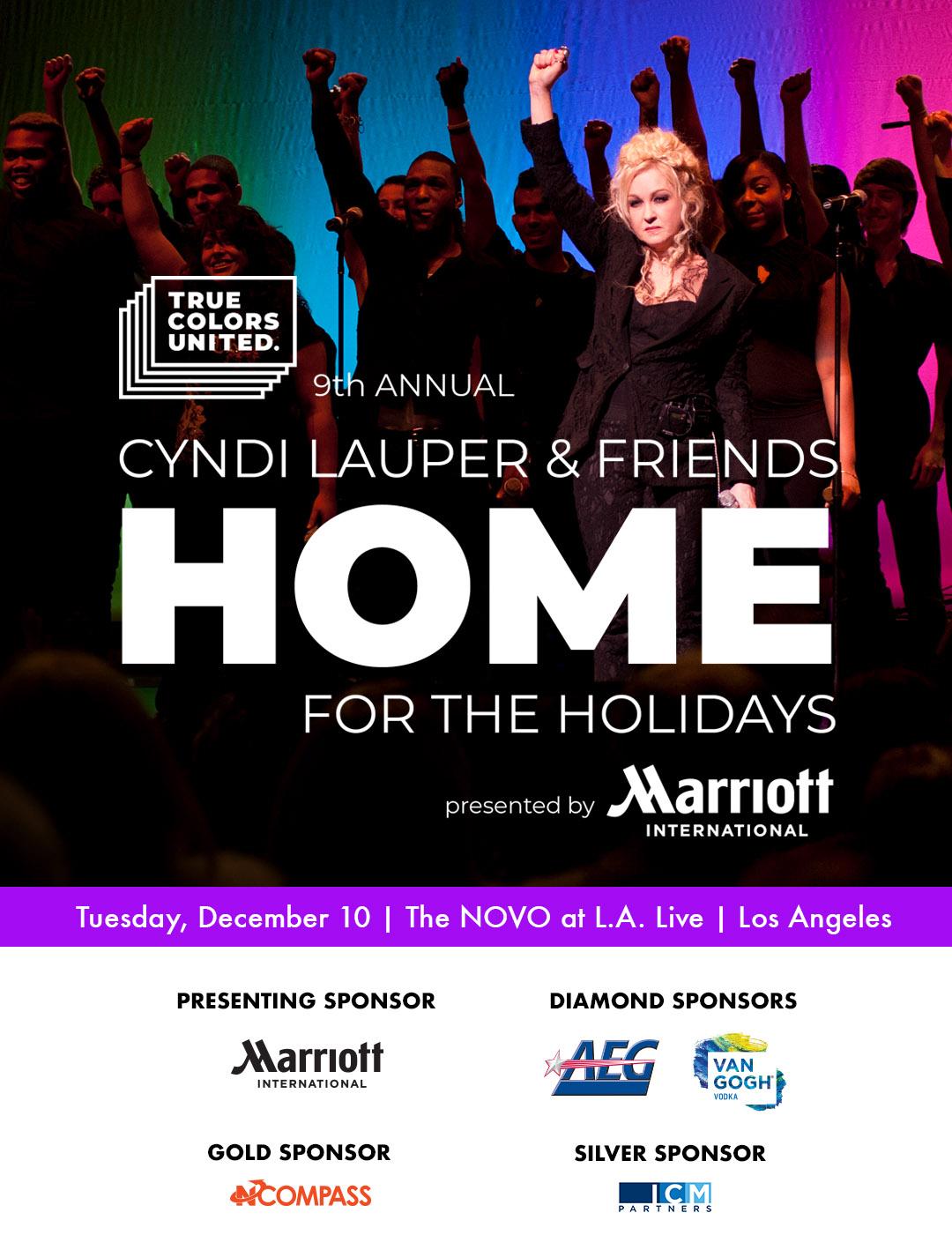 Cyndi Lauper - the Grammy, Emmy and Tony-winning icon and advocate - has announced that her annual benefit concert, Cyndi Lauper & Friends: Home for the Holidays will take place in Los Angeles for the first time. The ninth edition of this star-studded evening benefiting True Colors United features Cyndi, her band, and a host of special guests. The concert will happen at The Novo at L.A. Live on Tuesday, December 10. The artist line-up will be announced soon and tickets will go on sale on Friday, October 18th at AXS.com.

100% of the net proceeds from this concert support True Colors United’s programs to prevent and end homelessness among lesbian, gay, bisexual, transgender, queer, and questioning (LGBTQ) youth. Cyndi co-founded True Colors United 11 years ago to address this problem. Among many other initiatives, Lauper has testified and helped secure funding in Congress for a new federal program that is working to finally bring an end to youth homelessness in over 70 communities nationwide.

Says Cyndi: “We’ve done the concert in New York City for eight years but this is and always has been a nationwide problem. A worldwide problem. We thought it would be a nice change of pace and really symbolic to show some love to the West Coast and have the concert in Los Angeles this year.” She adds, “Up to 40% of all youth experiencing homelessness are LGBTQ, while only 10% of the youth population identify as LGBTQ. Think about that. They are homeless because they are LGBTQ, because of family rejection.”