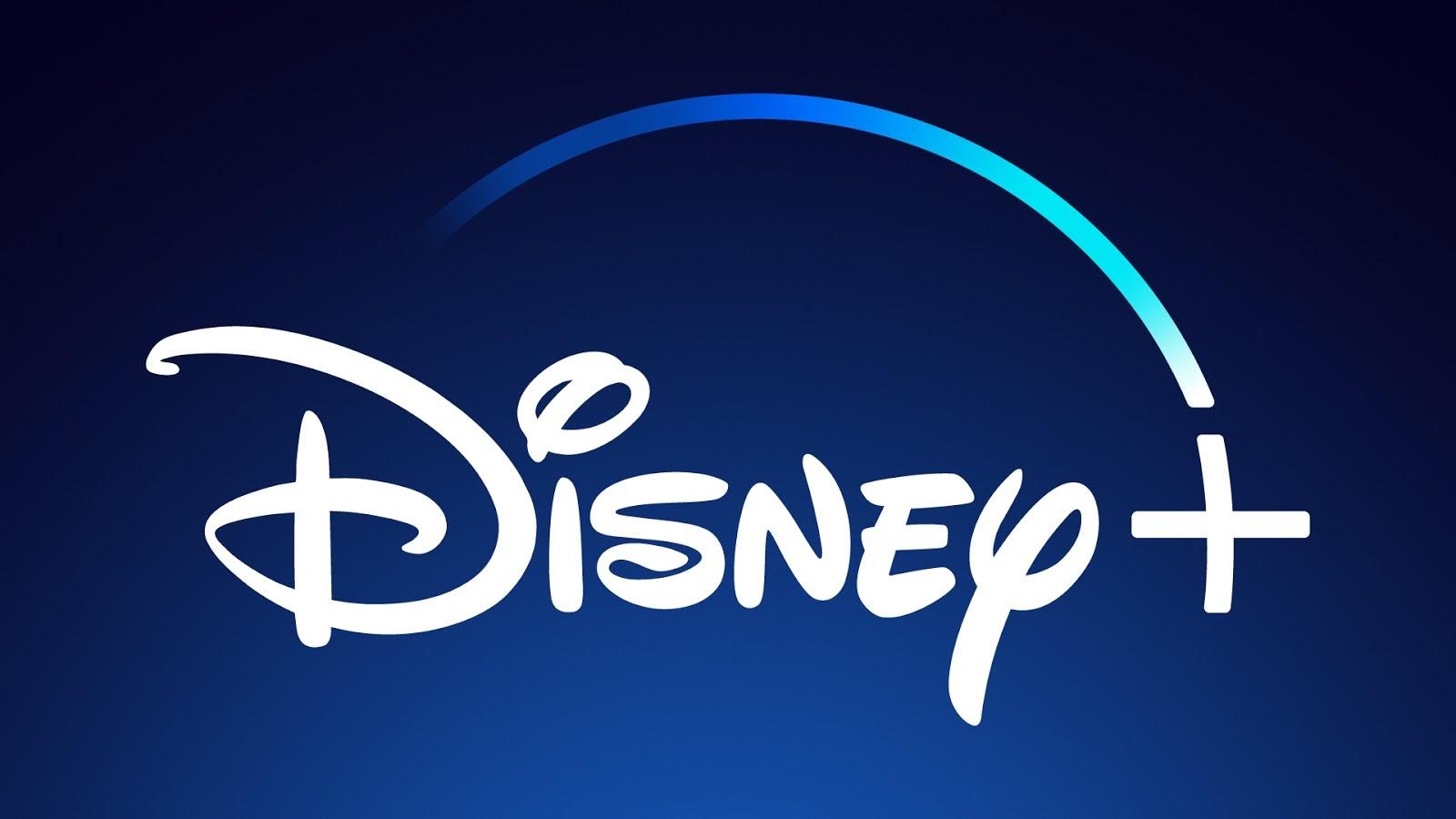 Streaming All Episodes At Once, the 10-part Original Series is Executive Produced by Dwayne Johnson (“Jungle Cruise”) and Dany Garcia through their Seven Bucks Productions banner; Directed by Brian Volk-Weiss (“The Toys That Made Us”) from The Nacelle Company; and Narrated by Paget Brewster (“Criminal Minds”) 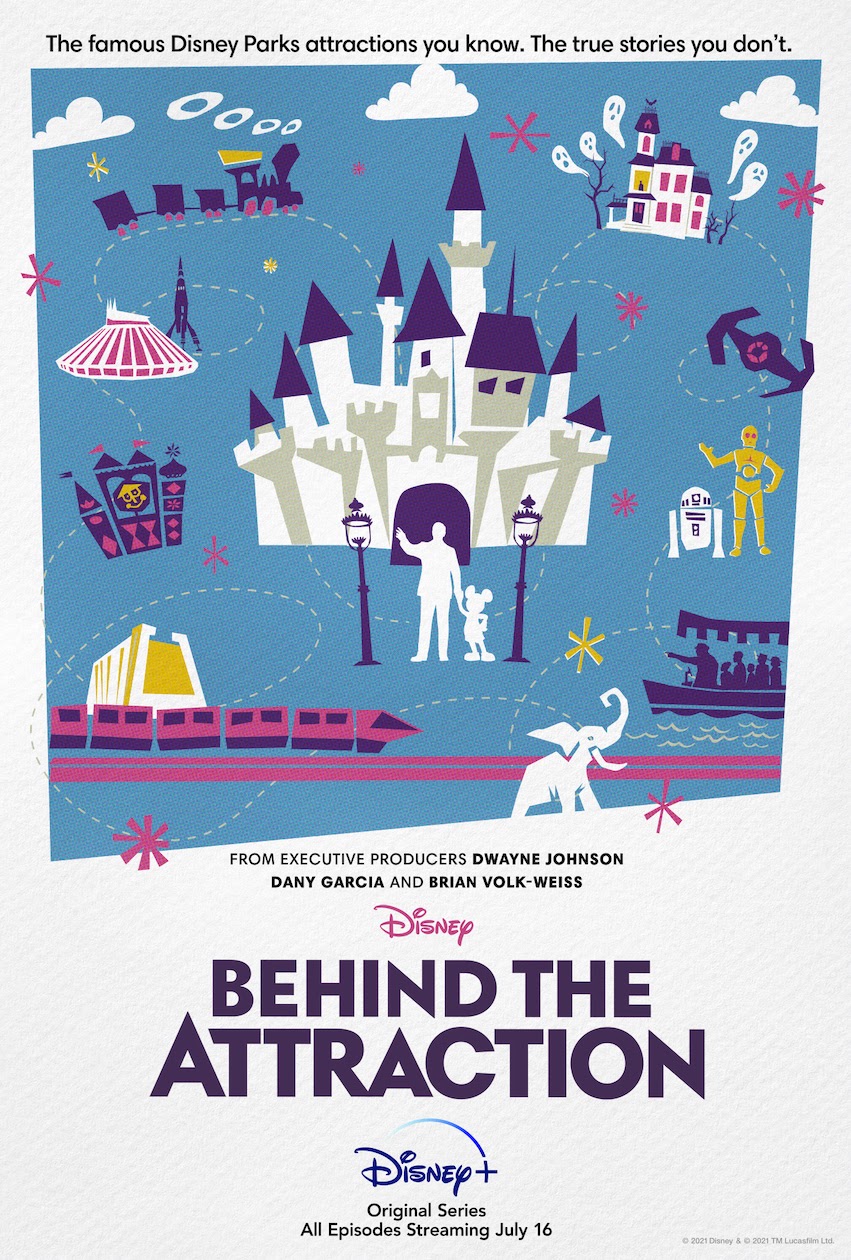 BURBANK, Calif. (June 7, 2021) – Disney attractions around the world have long been enchanting visitors in magical ways for generations. To celebrate the July 30 release of the Disney feature film “Jungle Cruise,” inspired by the Disney Parks attraction which debuted in 1955 with the opening of Disneyland® park, Disney+ will premiere all episodes of its newest original series “Behind the Attraction'' on Friday, July 16. The 10-part series, narrated by Paget Brewster, gives viewers an exclusive peek ‘behind the curtain’ of the most beloved attractions and destinations at Disney Parks and Resorts around the world, from Jungle Cruise to "it's a small world" to the Haunted Mansion to Star Wars: Galaxy's Edge. Hear the unique story behind each Castle at the Parks and learn how Disney Imagineers designed and built them and discover the intricacies of the transportation systems at each park, and how the iconic Disneyland® Hotel came to be.

“Behind the Attraction” delves into Disney Parks’ rich, amazing history using archival and never-before-seen footage and photographs to unveil how the attractions came to be and how they’ve been refined over the years as new ideas surface and technology evolves.

“Getting to work with Disney AND Seven Bucks has not only been the honor of my career, it was also a LOT of fun, which I hope people will feel when they watch the show!” adds Brian Volk-Weiss, executive producer and director.

Including rare interviews with Walt Disney, each episode also features exclusive interviews with Disney Legends and dozens of past and present Imagineers, including Bob Weis, Jeanette Lomboy, Kim Irvine, Scott Trowbridge, Tom Fitzgerald, Scot Drake, Carmen Smith, Joe Rohde, and others who divulge insider secrets of the parks and how iconic Disney attractions were brought to life. Revealed for the first time are the wild stories of how the Haunted Mansion was filled with 999 happy haunts, how the Twilight Zone Tower of Terror™ transformed into Guardians of the Galaxy – Mission: BREAKOUT! (while defying gravity in the process) and why Space Mountain took so long to launch.

All 10 episodes are available to stream on Friday, July 16 on Disney+:

“The Twilight Zone Tower of Terror”

“it's a small world”

For more information on the series, please visit: dmedmedia.disney.com/disney-plus/behind-the-attraction

Disney+ is the dedicated streaming home for movies and shows from Disney, Pixar, Marvel, Star Wars, and National Geographic, along with The Simpsons and much more. In select international markets, it also includes the new general entertainment content brand, Star. The flagship direct-to-consumer streaming service from The Walt Disney Company, Disney+ is part of the Disney Media & Entertainment Distribution segment. The service offers commercial-free streaming alongside an ever-growing collection of exclusive originals, including feature-length films, documentaries, live-action and animated series, and short-form content. With unprecedented access to Disney’s long history of incredible film and television entertainment, Disney+ is also the exclusive streaming home for the newest releases from The Walt Disney Studios. Disney+ is available as a standalone streaming service or as part of The Disney Bundle that gives subscribers access to Disney+, Hulu, and ESPN+. For more, visit disneyplus.com, or find the Disney+ app on most mobile and connected TV devices.

About Disney Parks, Experiences and Products

Disney Parks, Experiences and Products brings the magic of The Walt Disney Company’s

powerful brands and franchises — including Disney, Pixar, Marvel, Star Wars, ESPN, Twentieth Century Studios and National Geographic — into the daily lives of families and fans around the world to create magical memories that last a lifetime.

When Walt Disney opened Disneyland in Anaheim, California, on July 17, 1955, he created a unique destination built around storytelling and immersive experiences, ushering in a new era of family entertainment. More than 60 years later, Disney has grown into one of the world’s leading providers of family travel and leisure experiences, with iconic businesses including six resort destinations with 12 theme parks and 53 resorts in the United States, Europe and Asia; a top-rated cruise line with four ships and plans for three more to be completed in 2022, 2024 and 2025; a luxurious family beach resort in Hawaii; a popular vacation ownership program; and two award-winning guided tour adventure businesses. Disney Imagineers are the creative force behind Disney theme parks, resort hotels and cruise ships globally.

Seven Bucks Productions has an ever-expanding slate including tent-pole movies such as Disney’s Jungle Cruise, Netflix’s Red Notice, Warner Bros. Black Adam and DC League of Super-Pets, Sony’s Jumanji: Welcome to the Jungle and Jumanji: The Next Level, Universal’s Hobbs and Shaw, among others. The company also produces original television programming including HBO’s “Ballers,” NBC’s “The Titan Games” and “Young Rock,” Disney+’s “Behind the Attraction” and “Stuntman,” and Paramount Network’s “Rock the Troops.”

About The Nacelle Company

The Nacelle Company, founded by Brian Volk Weiss, is an American diversified media company headquartered in Burbank, California. Established in 2017, they are a leader in the pop-culture space through its scripted and unscripted production, podcasting, publishing, records, distribution, development, marketing and management divisions. Nacelle has produced hits such as Netflix’s docu-series, Down To Earth with Zac Efron, The Movies That Made Us, and The Toys That Made Us, and Kevin Hart’s Guide To Black History, as well as Behind The Attraction for Disney +, CW’s Discontinued, Sony’s Mad About You reboot, All The Way Black for BET+, History’s Grant, and History’s Center Seat: 55 Years of Star Trek. Nacelle’s vast array of partnerships include: Netflix, Amazon, Disney +, HBO, Discovery, BET+, A&E Networks, Hulu, Viacom, History, and many more. The company as a whole is dedicated to showcasing groundbreaking stories and pop-culture history through its signature documentary filmmaking style, unique distribution system and a consistent desire to never stop exploring.