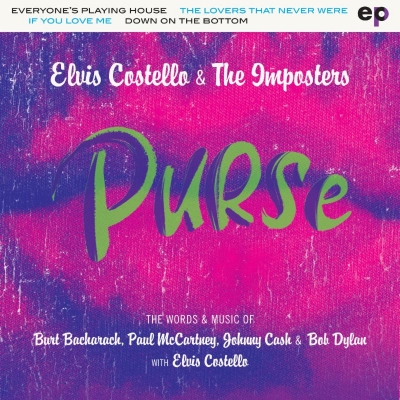 The EP consists of four songs containing songwriting collaborations with Burt Bacharach and Paul McCartney and musical settings to lyrics by Johnny Cash and Bob Dylan.

2.   The Lovers That Never Were (Paul McCartney/Elvis Costello)

3.   If You Love Me (Johnny Cash/Elvis Costello)

4.   Down On The Bottom (Bob Dylan/Elvis Costello)

Purse is released through Concord Records and was produced by Sebastian Krys and Elvis Costello and recorded in Hollywood, CA. The final track of the EP, “Down On The Bottom,” features the voices of Rebecca and Megan Lovell of Larkin Poe.