esperanza spalding Asks: “What Do You Need A Song For?” | Shore Fire Media

Press Releasesesperanza spalding Asks: “What Do You Need A Song For?”All Releases 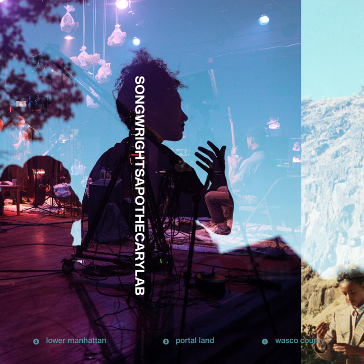 esperanza spalding Asks: “What Do You Need A Song For?”

Created and Recorded In Her Traveling Laboratory With A Host Of Musicians, Researchers and Practitioners

esperanza spalding has announced her new album SONGWRIGHTS APOTHECARY LAB, to be released September 24 on Concord Records. SONGWRIGHTS APOTHECARY LAB features 12 pieces of music, created and recorded over the past several months in her traveling laboratory, in collaboration with a host of musicians, researchers and practitioners. Each song was designed to have an intended effect for the listener, from grounding yourself in a moment of chaos and de-escalating interpersonal aggression to addressing the feelings of grief and loneliness brought on by the pandemic.

The Songwrights Apothecary Lab is a curated portal of new work that is growing out of spalding’s collaborative practice over the past years, exploring how songwriters might meaningfully incorporate therapeutic practices and knowledge into their process and production. The researchers and practitioners that partook in the labs specialize in fields ranging from neuroscience and music therapy to psychology and ethnomusicology.

Intended effect of “Formwela 10”: For grieving the consequences of, becoming more alert to, and dissolving one’s own romantic-entitlement tendencies.

Go to https://songwrightsapothecarylab.com/ to hear additional “Formwela’s” created in her lab, along with functional objects sold with each song.

Pitchfork describes spalding’s recent work as “a vessel for boundless creativity and experimentalism” and her 2018 album 12 Little Spells earned her a 4th GRAMMY Award. In a profile that ran in April, around the release of the TRIANGLE suite crafted and released via her Songwrights Apothecary Lab, she told the New York Times: “What we want to do is hear what people are wishing for from the music, like, what do you need? It’s an invitation to hear what you need a song for, and then that informs what we look for in our research, in our investigation.”

spalding even invited the public into the creative process, hosting a series of nightly presentations following a day of writing and recording. This took place over 10 days in June, when she set up her Songwrights Apothecary Lab in New York City. The second half of the album, “Formwela’s 7-13,” were all created and recorded then, and feature a mix of music that is intended to be both soothing and jarring. On these six pieces, esperanza is joined by drummer Francisco Mela, pianist Leo Genovese, guitarist Matthew Stevens, and saxophonist Aaron Burnett.

Earlier iterations of the lab took place in Wasco County, Oregon, and Portland, Oregon - where the first six pieces of music featured on the new album were created by spalding and include contributions from Wayne Shorter, Phoelix, Raphael Saadiq, Justin Tyson, Ganavya Doraiswamy and Corey King.

“The well of this interdisciplinary mode of music creation is deep. we dip and dip and draw and draw and pour the best of what we find into each Formwela…,” says spalding.

Go here https://songwrightsapothecarylab.com/ to read about each Formwela’s intended effect.

Along with the option to pre-order the CD, the vinyl will also be available for pre-order and will include a bonus track “Formwela 12.” The 2LP set will be available on April 1, 2022, along with exclusive colored vinyl, signed 11x11 vinyl album art prints and 5x5 collectors CD art prints.