General On-Sale this Friday, 5/14, at 10am Local Time at LiveNation.com

Listen to The Bitter Truth HERE 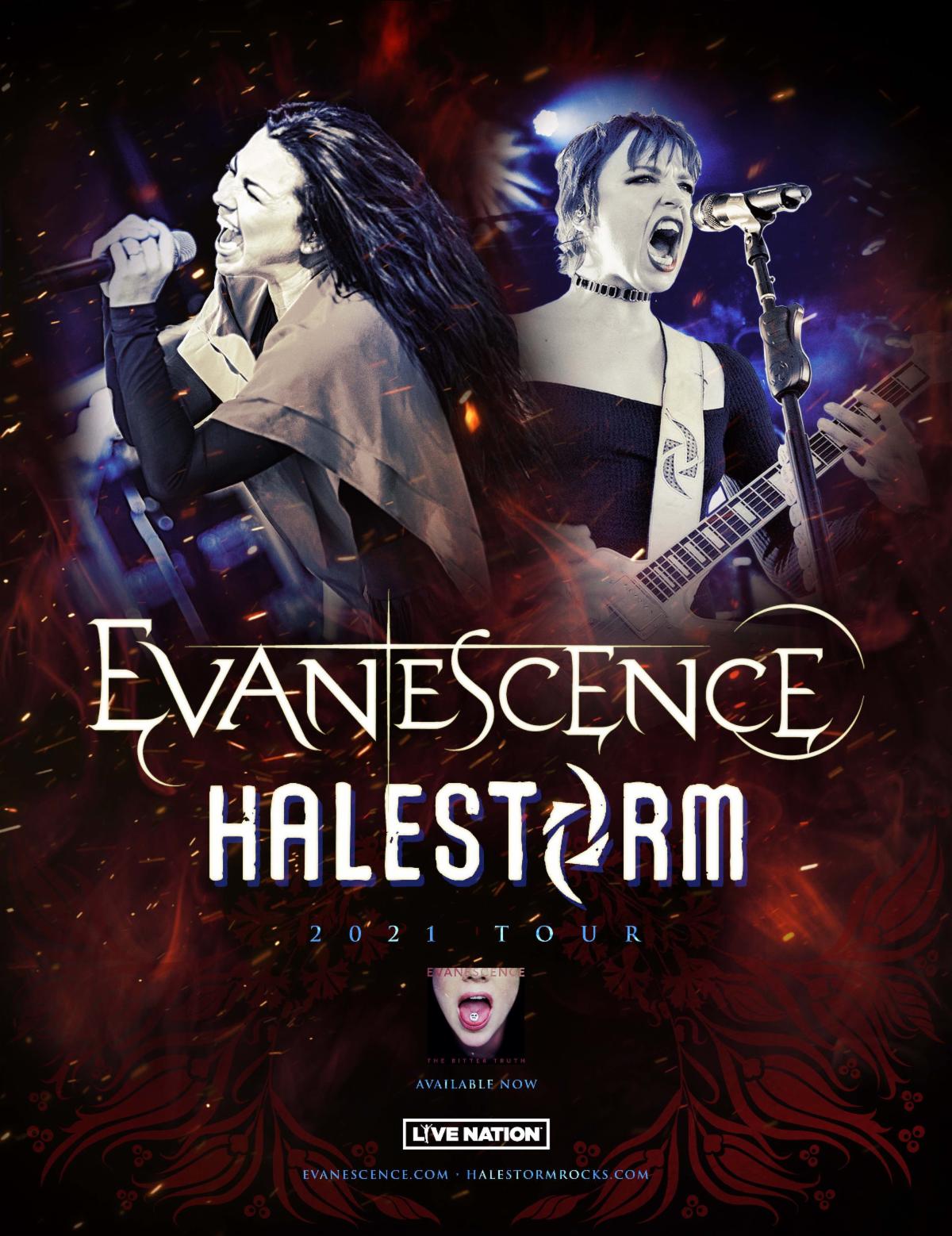 Evanescence and Halestorm are returning to the concert stage in the US this fall. Produced by Live Nation, the tour will kick off Friday, November 5th, in Portland, OR, and take the bands to arenas across the country before wrapping up in the Northeast right before the holidays.

General on-sale begins Friday, May 14th at 10am local time at LiveNation.com. Limited VIP packages will be available for purchase that include premium seating, access to attend Evanescence’s Soundcheck followed by a moderated Q&A with the band, exclusive merchandise items, and more. A May 12th presale exclusively open to top Spotify listeners of both Evanescence and Halestorm will precede the general on-sale.

This Thursday, May 13th, fans can get a sneak peek of Evanescence playing live during their “Driven to Perform” Cooper Tire livestream concert, which features songs from their recently released Top Rock Album, The Bitter Truth, along with older favorites. Register for the free livestream concert here. And watch Evanescence perform their new single “Better Without You” on The Kelly Clarkson Show today on NBC (check local listings).