Video shopping app NTWRK has teamed up with contemporary artist-inspired fashion and lifestyle brand Rome Pays Off to bring the work of Jean-Michel Basquiat to the next generation. Dropping on September 22 at 9pm EST the collection will be broadcast live on NTWRK with VICE show host, writer, producer and streetwear aficionado Abdullah Saeed. Also featured in the campaign is Basquiat's niece and model, Jessica Kelly.

The collection centers around three of Basquiat's most engaging works: In Italian, Hollywood Africans, and St. Joe Louis Surrounded By Snakes. Touching on race, revolution and identity, these pieces resonate with young audiences and reflect the pivotal issues of our time. The limited-run capsule includes t-shirts, hoodies, face masks and gifts items like a jigsaw puzzle, tote bag, and an all-natural rubber yoga mat.

The drop marks the first of its kind for Rome Pays Off that partnered directly with the Basquiat Estate for the collection. RPO CEO Christina Burns says, "We're honored to be working with the Basquiat Estate on this capsule for NTWRK, it's an opportunity to bring the artist’s work and worldview to life in new ways for an entirely new generation of artists, dreamers and creators."

According to Lisane Basquiat (the artist’s sister), “Jean-Michel would have been perfectly at home in today's remix culture." By combining imagery and texts in his unique style, Jean-Michel Basquiat’s works referenced popular culture, ranging from things he learned watching television and reading comic books, to an education and curiosity in anatomical drawings, history and classic works of art, literature, and music. Lisane goes on to say, "the restless, indomitable spirit of today's youth, reflects the energy of my brother's work. The story of his meteoric rise through what was once a mostly white art world is the kind of inspiration we need out there today."

As the most popular video shopping platform in the streetwear, art, and collectibles space, NTWRK is reinventing e-commerce in a way that combines shopping and entertainment. On the collaboration, Director of Merchandising Holland Smith says, "We're thrilled to be teaming up with Rome Pays Off and the Basquiat Estate for this drop. The aesthetic and narrative of Jean-Michel Basquiat's work is a perfect fit for our members, several thousand of which have already pre-registered for a chance to shop the Basquiat capsule."

To participate in the drop, you'll need to download the NTWRK app in the Apple App store and sign-up for the drop notification. With recent drops on NTWRK selling out in a little as six seconds, those interested are encouraged to be on the ready at 9pm sharp (EST) on September 22. 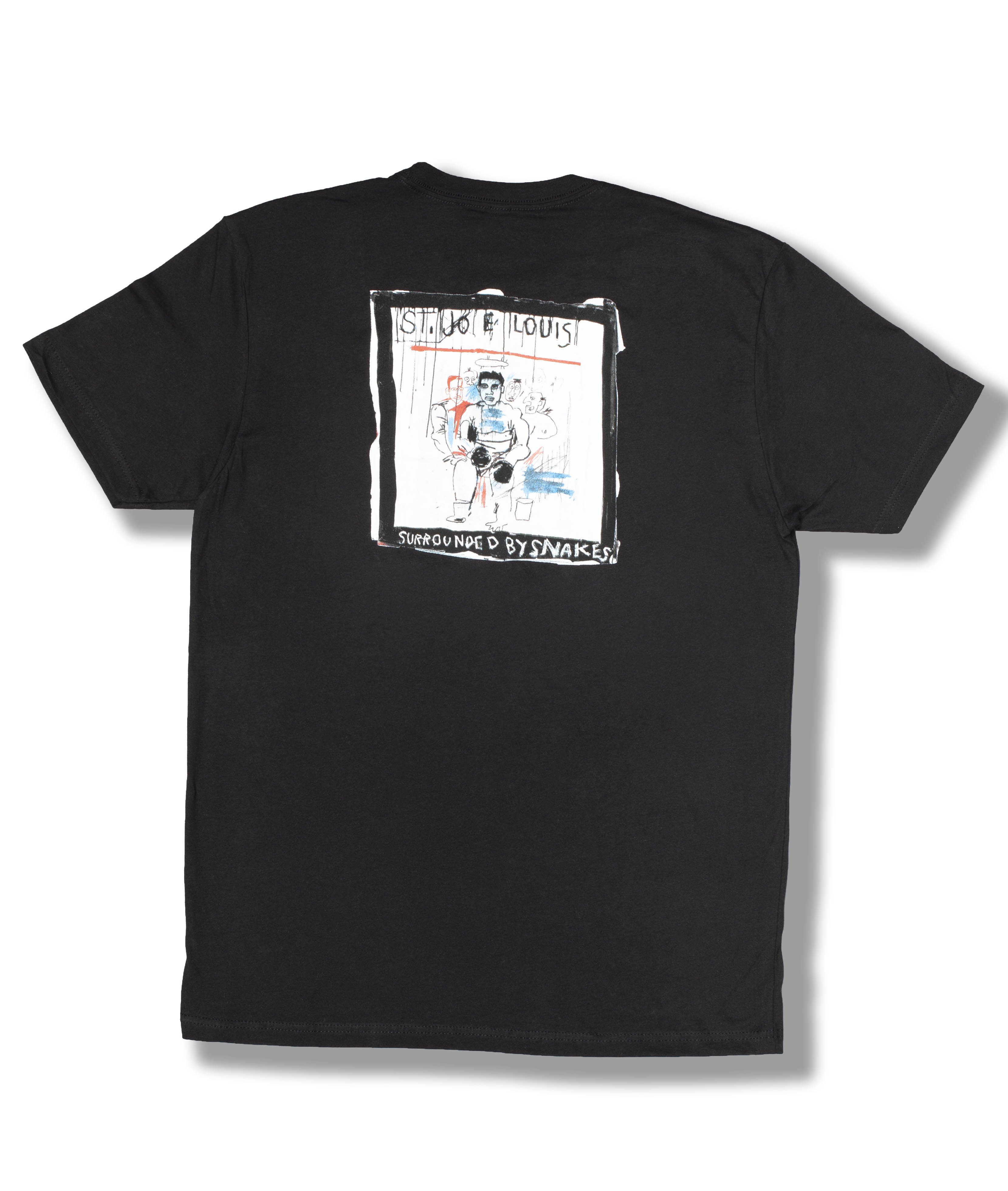 About Rome Pays Off:

Based in NYC, Rome Pays Off designs apparel, accessories and home goods in collaboration with esteemed artists and their estates. The female-led brand prides itself on balancing the worlds of art and fashion while creating statement-making pieces that celebrate individual style. RPO has released collections with Jean-Michel Basquiat, Shirin Neshat, Maripol, Rashid Johnson, and photographer Russell James. RPO products have been sold in some of the most respected retailers and museums including The Broad, the Guggenheim, Aspen Art Museum, and the Brant Foundation as well as internationally on Farfetch, Browns London, Hauser & Wirth, and the Mori Art Museum in Tokyo.

NTWRK's unparalleled access to content hosted by the biggest names in pop culture has made the platform unlike anything else in the marketplace, merging together the partnership of the best brands and talents. Touted as the next wave of video commerce, NTWRK's first phase has been a collection of shopping content from some of the most highly sought-after brands and personalities driving youth culture and will continue with even more creative content and experiential one-of-a-kind experiences.

NTWRK on the web: