DESIGNED BY DZANAR, "THE GERALDS" CELEBRATES 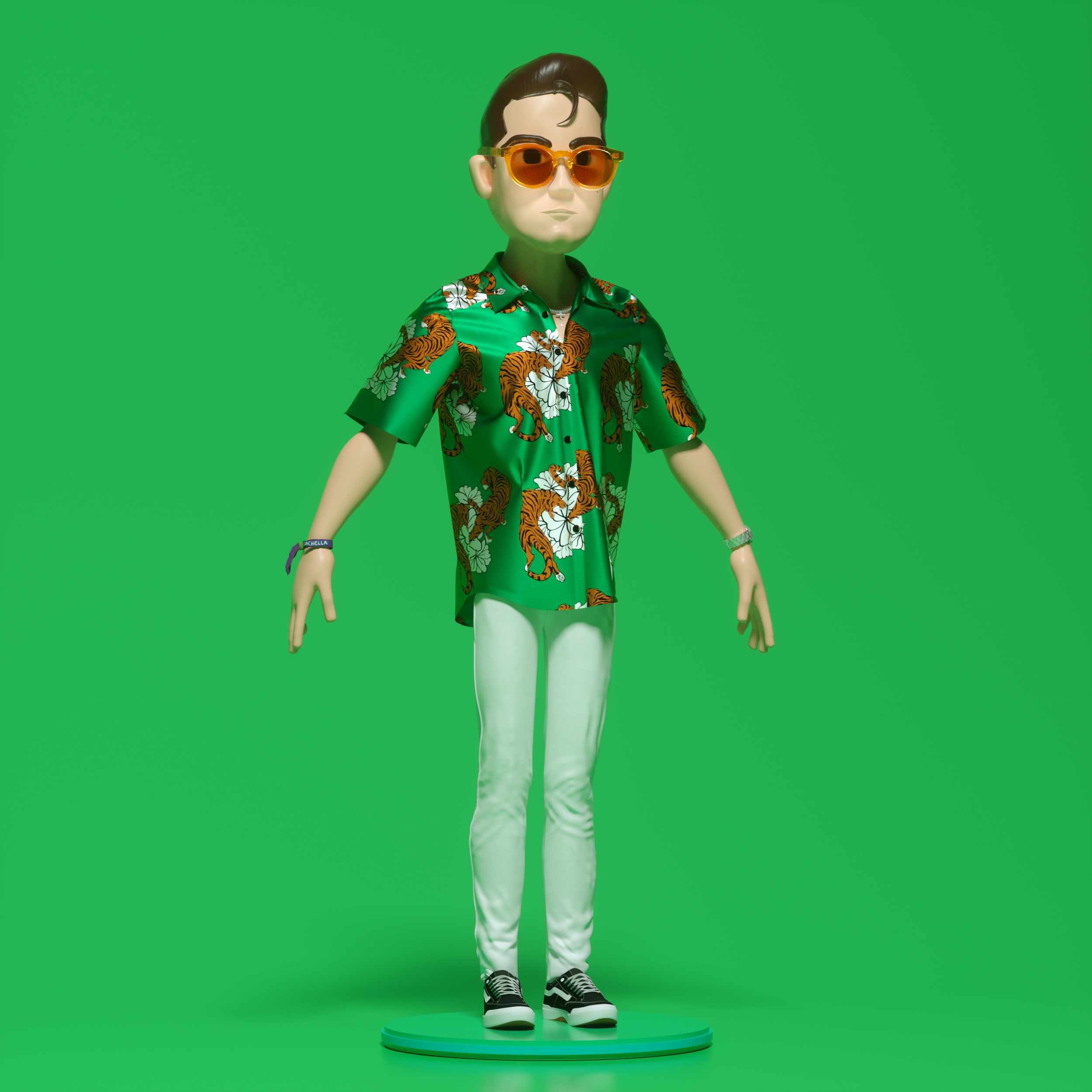 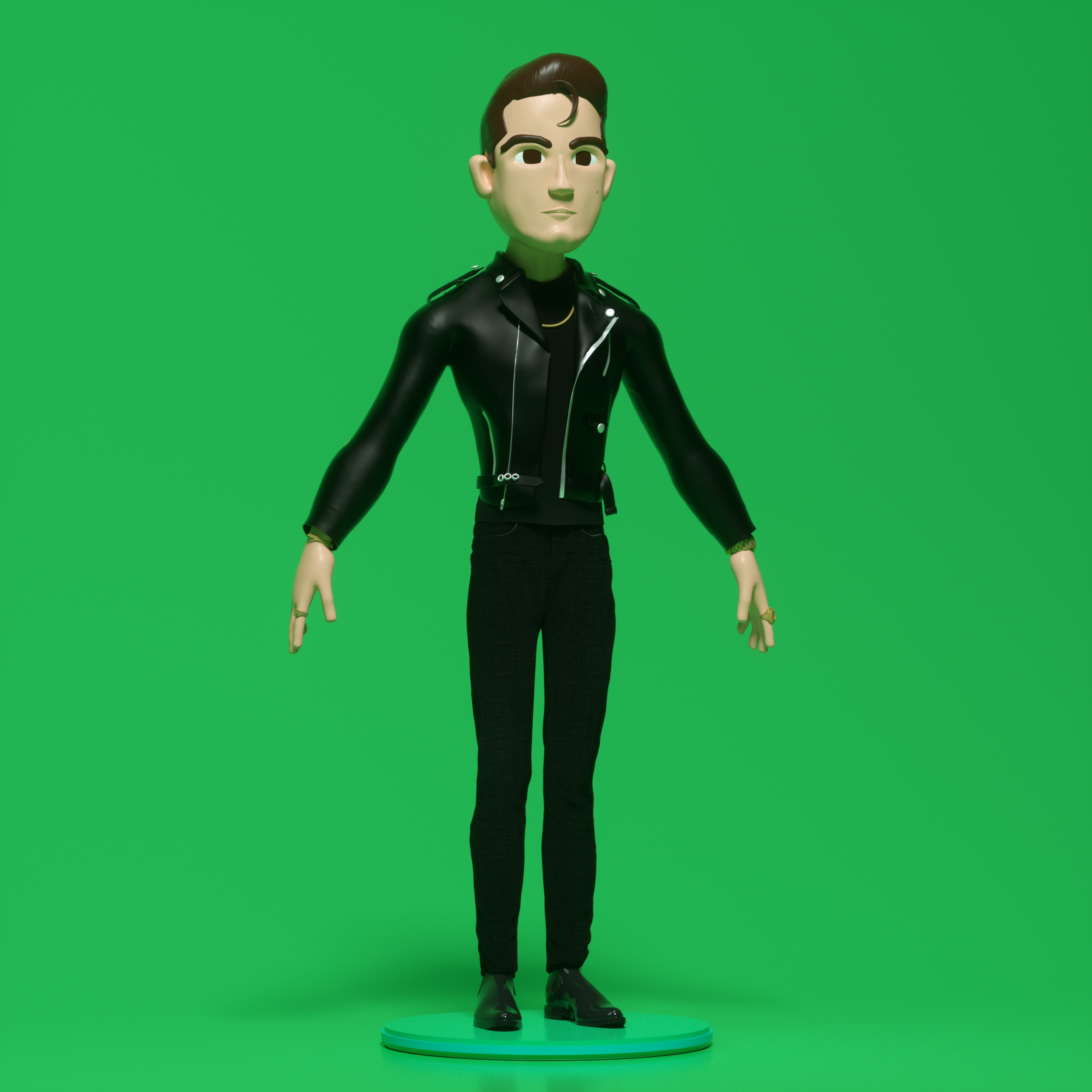 April 28, 2022 – With the launch of the first-ever NFT collection from multi-platinum recording artist and producer G-Eazy, OneOf has furthered its mission to bring the next 100 million non-crypto-native fans into Web3. Since joining “Project Coral Reef” in 2017, G-Eazy has remained steadfast in his efforts to meld both music-loving and crypto-minded worlds. Now, in partnership with OneOf’s sustainable, inclusive and accessible platform - backed by Quincy Jones and built specifically for music, sports and lifestyle - G-Eazy steps effortlessly into the NFT space, celebrating his signature fashion sense through a series of collectibles and experiences aptly called “The Geralds.”

In collaboration with Dutch artist Dzanar, who has produced visuals for Ed Sheeran, Kesha and others, each “Gerald” NFT depicts a unique trait of G-Eazy with its own characteristics and styles. Represented across Green, Gold, Platinum and Diamond tiers, "The Geralds" will be sold in "packs" and include opportunities to collect different combinations, and chance for super rare cards that comes with exclusive music, utilities for holders and once-in-a-life-time perks such as VIP tickets to a G-Eazy concert, partying with G-Eazy at Resorts World Las Vegas, dinner with him and his friends in LA, and much more.

The collection launches today on OneOf, with details on tokenomics and more available HERE.

On teaming with OneOf and Dzanar to bring “The Geralds” to life, G-Eazy says, "This partnership with OneOf has been a long time coming. My debut NFT collection has been a labor of love, combining music, fashion, and tech to showcase all of the different sides of Gerald. I think we all share the same vision of creating a sustainable Web3 future, and I'm hella excited for my fans to participate."

“I love putting my imagination to work and creating art that breathes style and substance,” says Dzanar. “Working with OneOf and G-Eazy on 'The Geralds,' allowed me to express art that creates a bridge between a multitude of areas, bringing different sides closer to each other. This project gave rise to an opportunity of artistic freedom and beauty, the very things I find extremely important in the work I do.”

Using up to two million times less energy to mint an NFT than other networks, OneOf is the leading platform paving the way towards a more fan-friendly, inclusive and environmentally-responsible web3 future. Users can purchase their NFTs with credit/debit cards as well as many top cryptocurrencies, while OneOf offers partners the option to donate portions of their NFT proceeds to charities of their choice.

“G-Eazy has been a trendsetter in music and fashion throughout his entire career,” says Lin Dai, CEO of OneOf, “we are excited to partner with G-Eazy on his entrance into web3 in a big way, by showing millions of fans worldwide that NFTs can be fun, affordable, and packed with utilities and unforgettable experiences.”

In addition to G-Eazy, OneOf has launched the debut NFT collections from artists such as Cordae, Doja Cat and Masego. The company has also formed partnerships with The Recording Academy, Warner Music Group, The Breakfast Club, Sports Illustrated, iHeartRadio Music Festival, The Whitney Houston Estate, and The Christopher Wallace Estate, for the upcoming Notorious B.I.G. NFT collection. Most recently, OneOf revealed CO//SIGN, a new program reimagining the fan club and empowering music’s next generation of breakout stars. Providing artists like Amindi, Rakeem Miles and mazie with creative, financial, and marketing support, CO//SIGN uses NFTs and Web3 technology to facilitate a new economic link between the musician and fan. Learn more about the program and first artists featured HERE.

Multi-platinum recording artist and producer G-Eazy has established himself as a leading force in the music and touring world. His third full-length studio album The Beautiful & Damned (2017) debuted at No. 3 on the Billboard 200, garnered two No. 1 radio hits – “No Limit” ft. A$AP Rocky & Cardi B and “Him & I” ft. Halsey – and has since been certified platinum by the RIAA. The 7x platinum single “No Limit” has been streamed over 1 billion times worldwide to date. Known for his smooth raps, pristine production and dexterous range, the Bay-area rapper has won a People’s Choice Award for “Favorite Hip-Hop Artist”, was named one of Forbes “30 Under 30” and covered publications such as GQ Italia, Rollacoaster, Numero NL, XXL and Flaunt. His influence also spans the fashion world where he’s frequently hailed as the James Dean of rap for his dapper style, and regularly appears on GQ’s best-dressed and grooming lists.

In 2021, the rapper delighted fans with the long-awaited release of his critically acclaimed fourth studio album, These Things Happen Too. These Things Happen Too is the sequel to his debut LP, These Things Happen, and highlights G’s growth since the 2014 breakout album. The 19-track album showcases G’s multi-faceted artistry with a diverse, yet eclectic body of work, and marks his first full-length record since 2017’s critically-acclaimed The Beautiful & Damned. G continues to expand on his interests in the Crypto world- he is an investor in YAT and Tari, owns several NFTs, and even accepted Bitcoin and Monero as currency to purchase his album, The Beautiful and Damned.

Dzanar Abbas-Zade, age 34, born in Baku, Azerbaijan, was raised by a creative family. His father is a painter and sculptor, and his mother was an architect. After discovering graphic design at age 15, he graduated from the Graphic Design school in Zwolle and started his agency called Dzanar Productions. With over 19 years of experience, he has been hired by leading names in the music industry such as Akon, Chris Brown, Ed Sheeran, Kesha, Jeremy Renner to produce visual designs.

Deeply committed to a sustainable blockchain future, OneOf is a NFT platform designed to create a sustainable, creator-and-fan-friendly experience. Built on the environmentally responsible proof-of-stake blockchain Tezos, minting a NFT on OneOf's platform uses up to over 2 million times less energy than other proof-of-work networks, and for its artist and brand partners, minting NFTs costs $0 in blockchain transaction fees. OneOf aims to bring the next 100 million non-crypto-native fans into Web3 by removing the technical frictions and allowing fans to pay for their NFTs with credit/debit cards as well as many top cryptocurrencies. Dedicated to charitable causes, OneOf offers partners using their platform the option to donate portions of their NFT proceeds to charities of their choice.