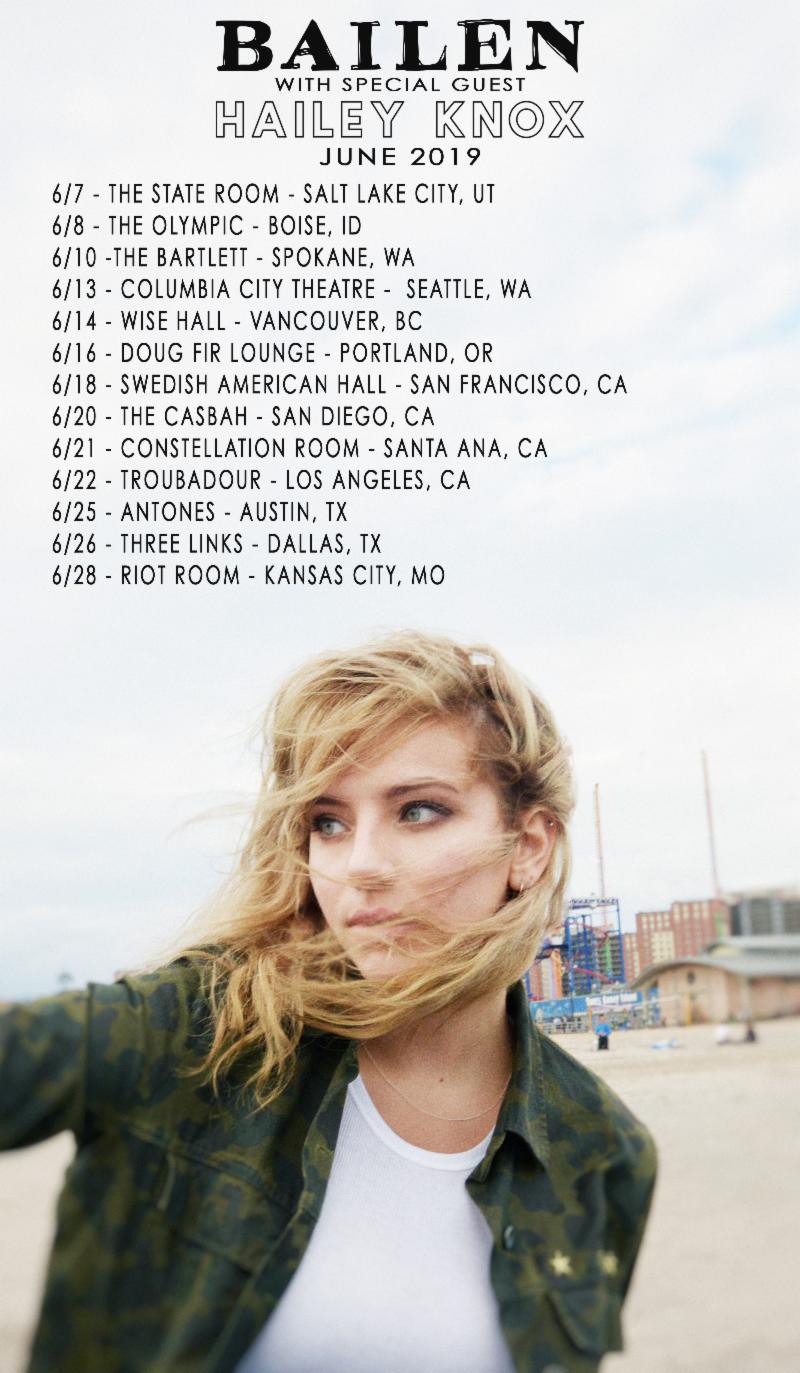 Hailey Knox has announced a 13-stop South West/West Coast run of tour dates this June, supporting Bailen. This string of shows will follow her recent debut headlining ‘Hardwired Tour’ that took her “soulfully infectious” (Brightest Young Things) guitar, loop pedal and vocal live set across the East Coast playing songs off her most recent release, the ‘Hardwired Mixtape’, as well fan favorites such as “Awkward” and “Geeks”, and her ingenious pop culture mash-ups.

Earmilk said Hailey has the “ability to create a symphony of sounds with just her voice, a guitar and a looping pedal”, and she will be sure to leave audiences stunned this June when she heads through Los Angeles, Dallas, San Francisco, San Diego, Seattle, Austin and more. Full dates below.

To celebrate the announcement, Hailey has recorded a cover of Bailen’s “Something Tells Me”, watch HERE.

Last month while in NYC as part of her “Hardwired Tour”, Hailey stopped by WNYC’s “All Of It” to chat about the inspirations behind her most recent body of work as well as to play a few songs for host Alison Stewart. Listen HERE.

Her ‘Hardwired Mixtape’ (S-Curve Records) marked a major evolution for the 20-year-old artist, showcasing not only her most impressive songwriting to date, but also her creative process by featuring a collection of professionally recorded tracks, short voice memos, and demo-like looping snippets that unveiled an artist with musical chops wise-beyond-years. Title track “Hardwired” just impacted Triple A radio and was a top 5 most added song this week with early supporters including WRLT (Nashville), WDST (Woodstock), WCLZ (Portland, ME) and KRSH (Santa Rosa).

Tackling topics such as finding confidence in the face of anxiety, the experiences of life on the road as a young musician, and the very real & problematic issues with seeking validation via social media, Hailey Knox is not only a “music sensation” (People Magazine) but also an artist with an important and unique perspective to share.