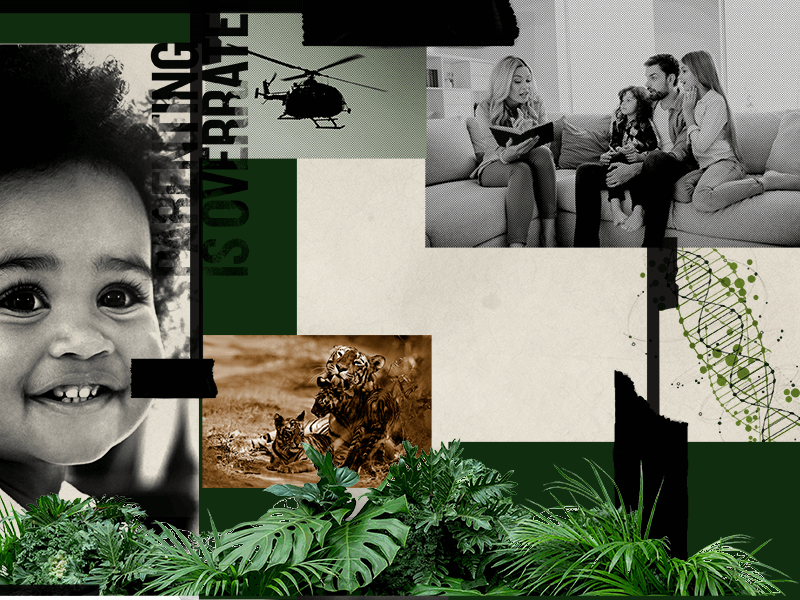 What shapes us more: our DNA, or the way we're raised? This debate, commonly recognized as "nature versus nurture," has long drawn disagreement. Some new genetic research suggests that the scale may be tipping toward biology - but not all trust that research. The answer could affect how parents should raise their children. The "nature" camp argues that, rather than trying to identify the perfect parenting style, caregivers should look to their children's DNA to identify natural strengths and challenges. But the "nurture" camp disagrees, saying that the individuals who rear us influence our development, growth, and, ultimately, our lives. On Tuesday, October 29, Intelligence Squared U.S. will explore how the latest science could impact how we raise our children with a live debate on the motion "Parenting Is Overrated."

The "Parenting Is Overrated" debate will be held at NYC's Kaye Playhouse and stream live online, then air soon after as part of the syndicated public radio show and podcast "Intelligence Squared U.S." On October 29, online viewers can tune in at IQ2US's website: https://www.intelligencesquaredus.org/debates/parenting-overrated

* Robert Plomin: Professor of Behavioral Genetics, King's College London
Robert Plomin is a leading behavioral geneticist who works at the Institute of Psychiatry, Psychology and Neuroscience at King's College London. He has published more than 800 papers in scientific journals and is the author of the best-selling textbook in the field. In 2012, he was awarded a highly prestigious five-year Advanced Investigator award from the European Research Council, and he was given a lifetime achievement award from the American Psychological Association, among others. Plomin is the author of the recent book, "Blueprint: How DNA Makes Us Who We Are."

* Nancy Segal: Professor of Psychology, California State University, Fullerton & Director, Twin Studies Center
Nancy Segal is a professor of psychology at California State University, Fullerton and the director of the Twin Studies Center, which she founded in 1991. Segal has authored approximately 200 scientific articles and book chapters on the study of genetics and twins. She has also published many books on the subject of twin research, including, "Born Together-Reared Apart: The Landmark Minnesota Twin Study," "Twin Mythconceptions: False Beliefs, Fables, and Facts About Twins," and her most recent, "Accidental Brothers: The Story of Twins Exchanged at Birth and the Power of Nature and Nurture."

* Paige Harden: Psychology Professor, University of Texas
Paige Harden is a tenured psychology professor at the University of Texas, where she leads the Developmental Behavior Genetics lab and co-directs the Texas Twin Project, a study of the interplay between genes, hormones, risky behavior, and cognitive functioning in child and adolescent twins. She has published over 100 scientific articles on genetic influences on complex human behavior, and in 2017, she was honored by the American Psychological Association for her scientific contributions to the study of genetics and human individual differences.

* Ann Pleshette Murphy: Author & Parenting Expert
Ann Pleshette Murphy is a therapist, parenting counselor, and passionate advocate for young children and their families. She is the author of "The 7 Stages of Motherhood: Loving Your Life Without Losing Your Mind" and "The Secret of Play; How to Raise Smart, Healthy, Caring Kids from Birth to Age 12." Previously, she was the parenting correspondent for ABC's "Good Morning America." A renowned magazine journalist and editor, Pleshette Murphy was editor-in-chief of Parents magazine from 1988 to 1998 and a contributing editor from 1998 to 2002.