35 Shows Include 29 Of His Biggest North American Performances To Date: Brooklyn Steel, LA's Wiltern, and More

Just about a year ago, Jacob Collier pushed the limits of his live show from a hyperactive one-person band to a near-telepathic ensemble of fellow multi-instrumental wunderkinds. Since then, he's played to sold-out crowds of thousands across the US, EU, his native UK, and most recently, Australia, New Zealand, Asia and South America.

Along the way, Collier released two albums and worked with a pantheon of pop stars and pioneers, but today announces he's about to do it all again, now even bigger than before – and with an upgraded band of five musicians.

From the beginning of April to the end of May 2020, Collier and his new group will embark on the next leg of his DJESSE WORLD TOUR, including 35 dates and 29 North American performances. At Los Angeles's Wiltern, New York City's Brooklyn Steel, and stops in every US region between, fans will hear music from Djesse – Volumes 1, 2 and 3. Tickets are on-sale HERE at 10am local time this Friday, November 15th, with special pre-sales beginning November 13th. Find the full list of shows below.

Currently halfway complete, Djesse is a four-album expedition through sonic space and style. The intimate and intricate acoustics of Djesse – Volume 2 fit perfectly behind NPR's Tiny Desk, while the orchestral scope of Djesse – Volume 1 had all of Toronto's sold-out Opera House harmonizing with him (during a concert that featured a surprise appearance from Daniel Caesar).

Djesse - Volume 3 (Hajanga/Decca/Geffen) is due out in the coming months, and – like Volume 2's collaborations with JoJo, Lianne La Havas, Chris Thile, Steve Vai, a cover of "Moon River" with a chorus of Chris Martin, Ty Dolla $ign, Tori Kelly, and 140-some others – exciting guests and astonishing feats are ensured.

After revealing the Volume 3 album artwork to his social media followers this past Friday, Collier will have many more details to share soon. In the meantime, check out his 5 Favorite Tiny Desks for NPR Music, his guide to making songs out of any sound at Interview Magazine, a deep dive into creativity with Sodajerker, and a Crocs-clad breakdown of Stevie Wonder for Vox's Earworm.

7-May - Charlotte, NC - The Underground 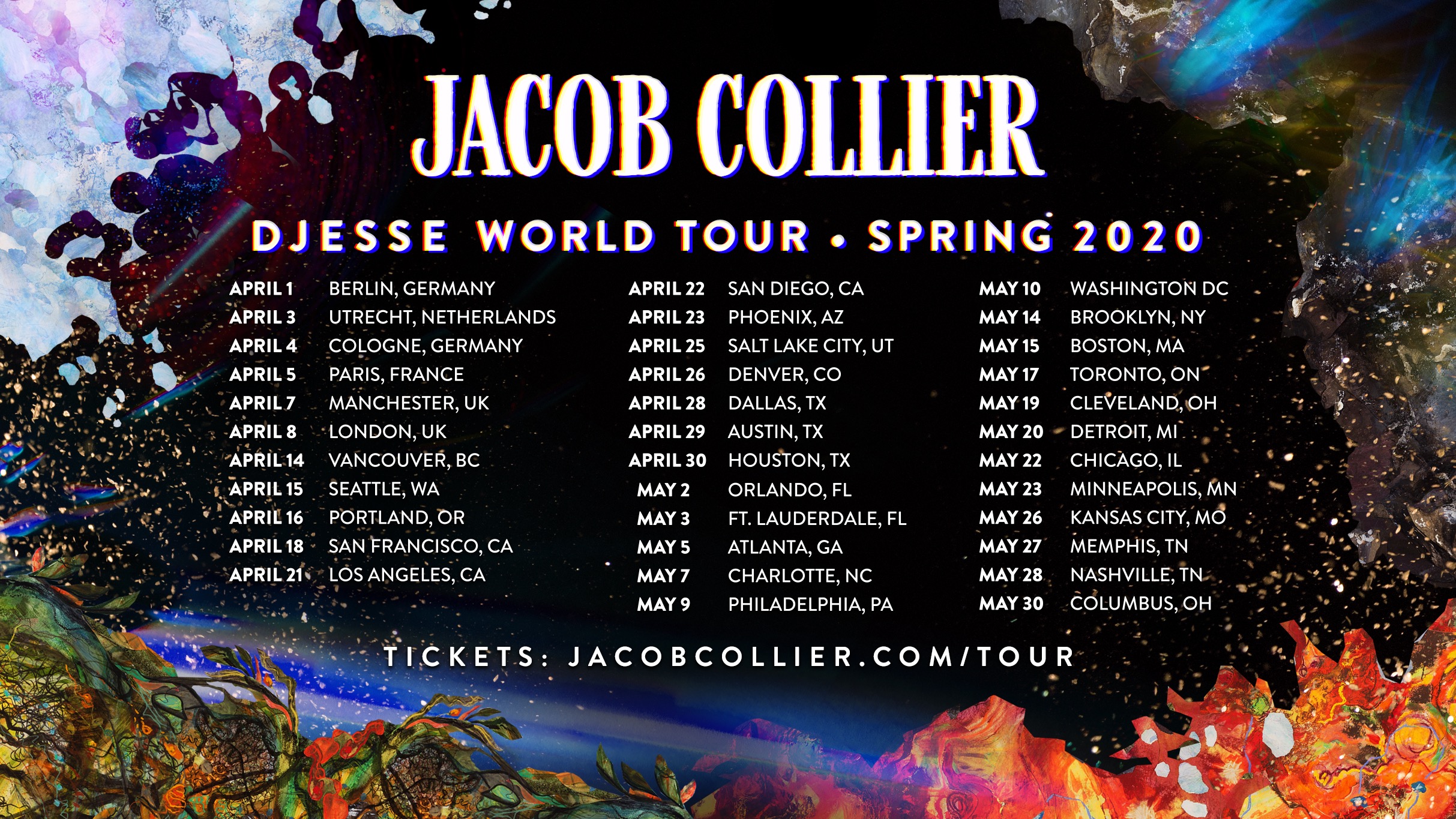