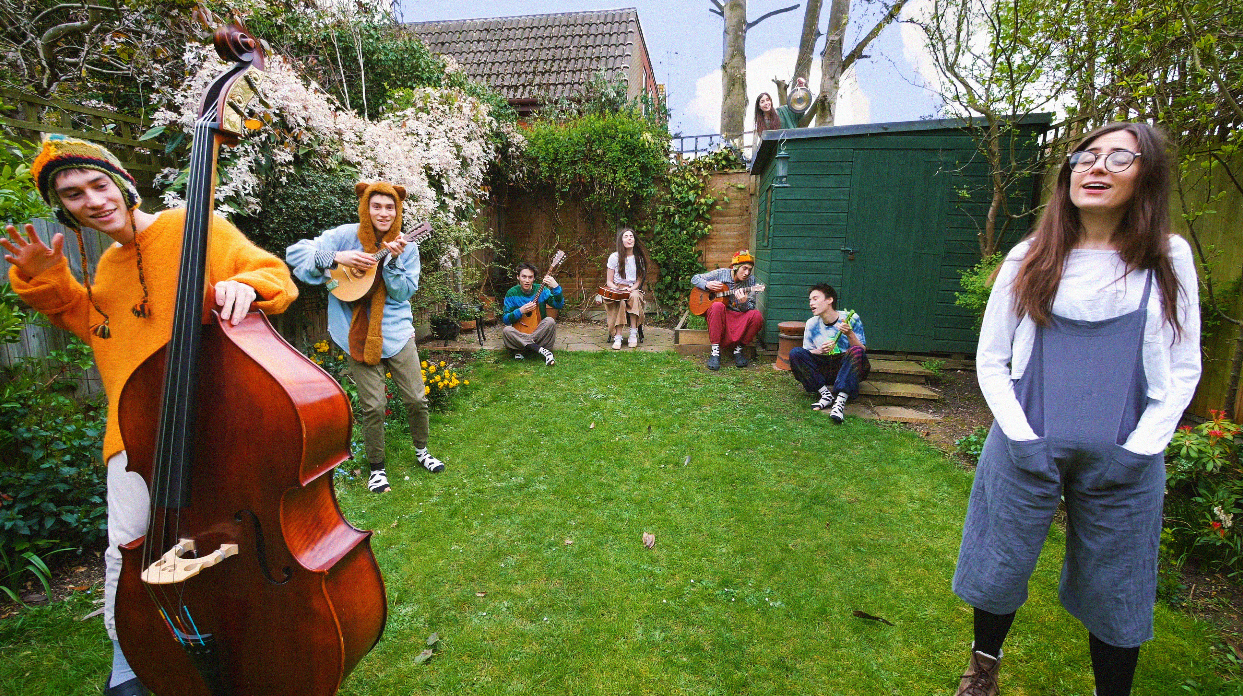 Jacob Collier and dodie have joined forces for a dazzling and surprising version of The Beatles' "Here Comes The Sun," released today and featured on Collier's forthcoming Djesse – Volume 2 out June 28 (Hajanga Records in exclusive license to Decca/Geffen). Djesse is a wildly ambitious project of 40+ songs that Collier is unveiling over 4 volumes of new music over the next several months. Djesse – Volume 1 was released in December.

The video for "Here Comes The Sun" was a completely DIY affair; directed, edited and filmed by Jacob and dodie themselves in North London. Watch the video here: https://youtu.be/dXf1nUVdVuM

Jacob and dodie are kindred spirits – both young U.K. musicians and songwriters that exploded on YouTube, millions of fans coming into their singular musical world.

Djesse – Volume 2 finds Jacob continuing his thrilling exploration of any and all sonic arrangements, here focusing on the intimacy and closeness of acoustic music. It will feature a number of collaborators including dodie and Lianne La Havas, Oumou Sangaré, MARO, Sam Amidon, Kathryn Tickell, Becca Stevens with more to be announced.

Jacob recorded the majority of Djesse - Volume 2 in his home studio/childhood bedroom in London – performing, producing, engineering, and composing everything himself.

Jacob released Djesse – Volume 1 in December to raves, an NPR All Things Considered interview segment, a performance on the popular public radio show Live From Here, inclusion on the New York Times Playlist and more. He filmed a video series for Genius, performed at the Spotify Secret Genius Awards and scored a series of commercials for Volkswagen that continue to air on TV.