SAVE YOUR SPOT HERE

Jacob Collier has announced that he will perform a staggering 91 concerts across North & South America, Europe, The U.K., Australia, New Zealand, Asia and Africa. Instead of committing to firm dates or venues now - and assuming the risk of postponement or cancellation as live music hangs in a delicate balance - he's taking an unprecedented approach to confront the uncertainty created by the pandemic.

In this first-of-its-kind partnership with event technology platform Lyte, Jacob presents fans with the opportunity to reserve a ticket to a concert in the city of their choice. By reserving, fans are guaranteed first access to the show and are able to cancel their reservation at any time. Once their respective date and venue is announced, the fans will receive a notification to ensure they can still attend. It's not until the fan reconfirms that they pay for their ticket, therefore aggregating demand without leaving disappointment to chance.

Jacob and Lyte's methodology meets the moment while offering a long-term solution to problems faced in live event and ticketing industries regardless of COVID.

Save your spot here: http://jacobcollier.com/tour

Jacob’s 10-week tour during March-May of this year was postponed due to the pandemic. All tickets that were purchased for the March-May tour dates will still be honored for these forthcoming performances. Any fan holding tickets for the postponed dates does not need to take any action. Says Jacob: “I am magnificently excited to announce the future of the Djesse World Tour in a brand new way. Here are 91 cities across the world in which I am hereby committing to perform, the moment it becomes safe to do so. The coolest thing for me is that, for the first time, YOU, the audience, can shape the nature of this tour. I’ll be selecting venues based on ticket demand and excitement levels!”

Jacob continues to set new standards as an artist: his self-produced, from-home performances for Jimmy Kimmel Live!, The Late Show with Stephen Colbert, NPR's Tiny Desk (Home) Concerts, Amanpour and Jools Holland have been "the most elaborate and charming late night sets, pandemic or no pandemic,” says Vice.

Djesse Vol. 3 is the latest installment in Jacob’s four-part series that he began releasing in 2018, with Vol. 1 and 2 each winning a GRAMMY Award this year. Thus far he’s released over 40 new recordings, arranged, produced, engineered and recorded himself. 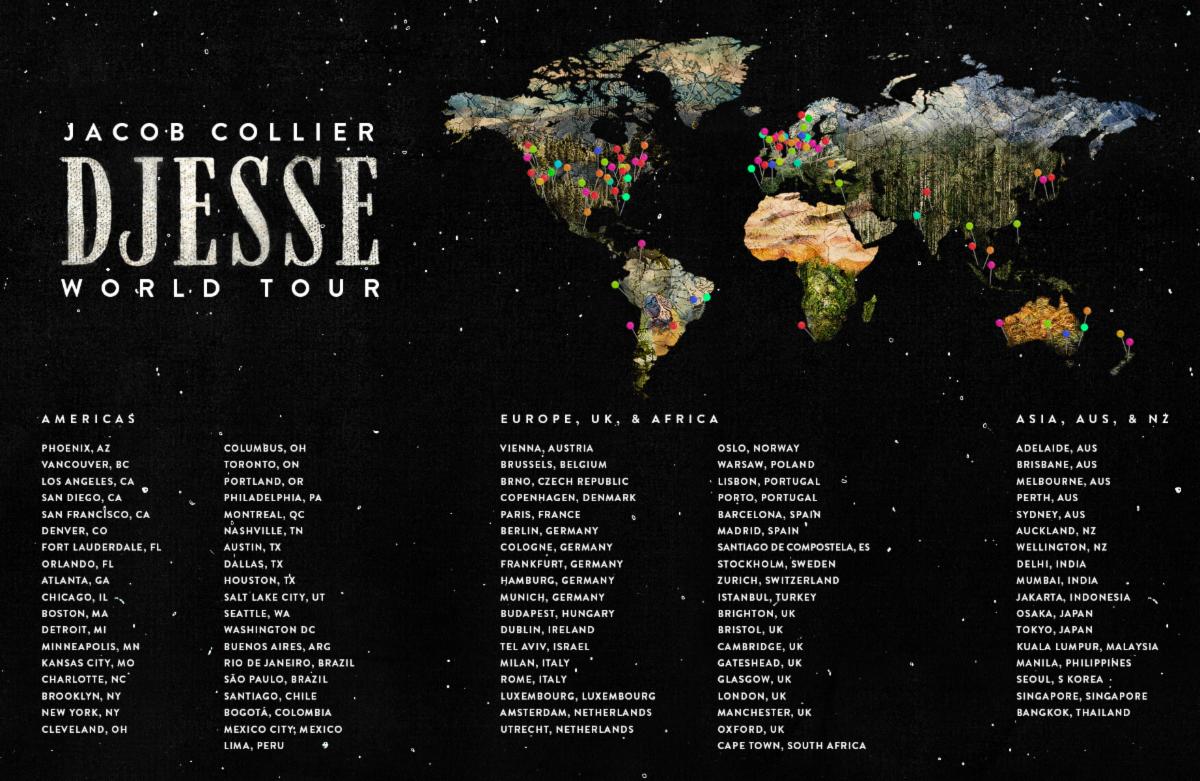 Lyte’s mission is to fill every seat while making ticketing easy and delightful for fans. Patrons deserve flexibility and choice, something only Lyte offers ticket buyers. Since the company’s inception, Lyte has delivered millions of dollars in fan savings. One hundred percent of the tickets bought and sold through Lyte are delivered directly to fans with no chance of being fraudulent. All with a modern e-commerce experience rivaling the best in class of other retail categories. Artists, venues and promoters use Lyte to take control of their ticketing experience, giving them tools they need to keep their venues full and their patrons happy.