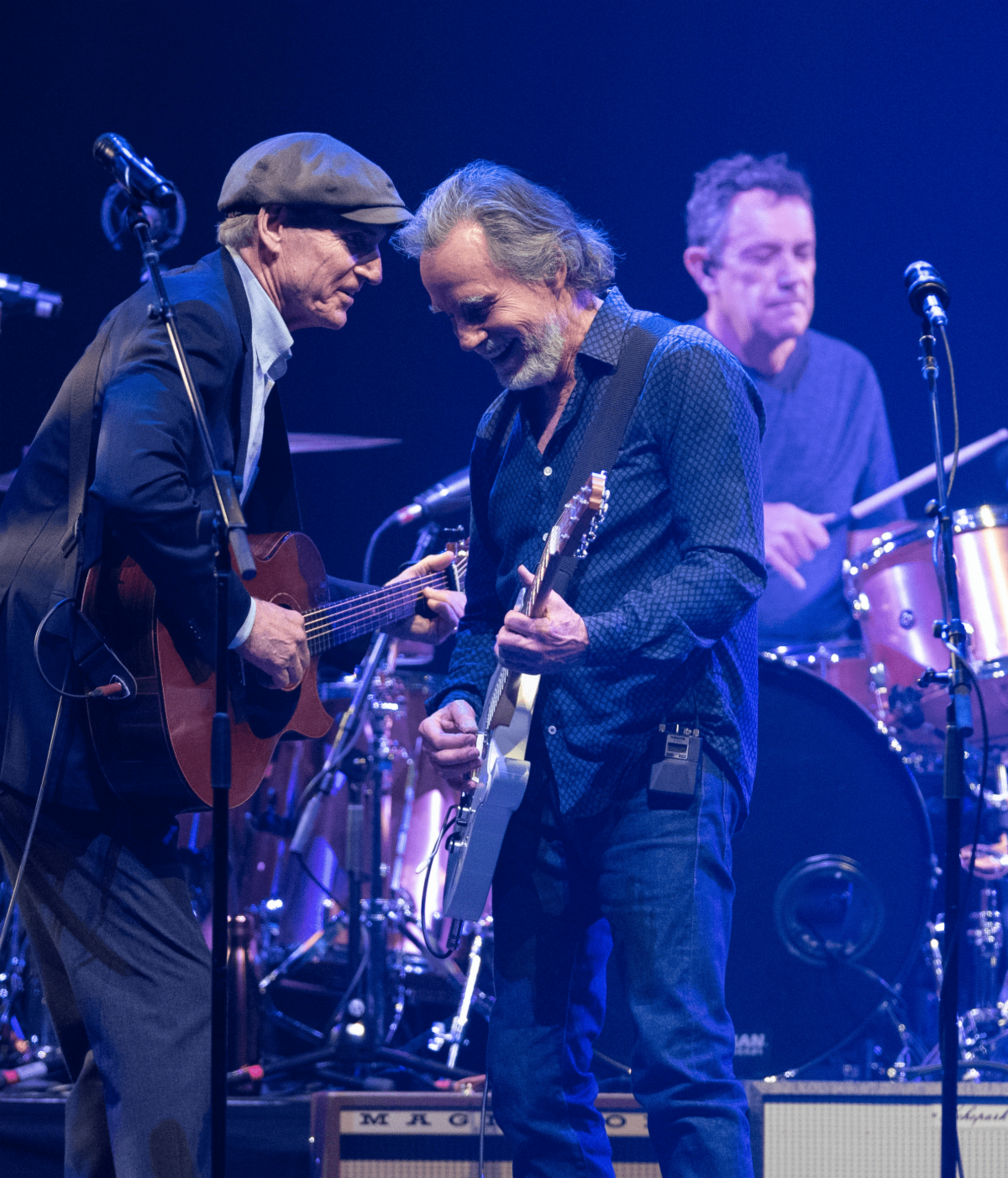 James Taylor & His All-Star Band, with special guest Jackson Browne, will kick off the second leg of their US tour on October 16 at The Smoothie King Center in New Orleans, LA. Taylor and Browne’s highly acclaimed tour earned rave reviews on the road this summer. Pollstar commented of the legendary Rock and Roll Hall of Famers that “these songs not only endure but expanded to include the life-worn truths of coming of age in the 21st century by two American treasures.”

Proceeds from both Taylor and Browne’s first show of the tour in New Orleans, LA will benefit Second Harvest Food Bank of Greater New Orleans & Acadiana to lend support to those affected by the devastation of Hurricane Ida. Hurricane Ida recently caused widespread destruction across Southeast Louisiana. Second Harvest is delivering food, water, and supplies to the hardest-hit areas and will be providing assistance for many more months as neighbors rebuild their homes and communities.

Second Harvest Food Bank helps feed people year-round across South Louisiana, providing the equivalent of more than 50 million meals annually across 23 parishes (counties.) As a first-line emergency responder, Second Harvest staff and volunteers have fed hundreds of thousands of people since the beginning of the COVID-19 crisis in March 2020, as well as responding to Hurricanes Ida, Laura, Delta and Zeta at the same time.

President and CEO Natalie Jayroe expressed her thanks on behalf of everyone served by this 40-year organization. “This is such a generous gift of love, and means even more with music being such an integral part of the soul of South Louisiana. We are honored that these two world-renowned artists and their fans are transforming the joy of a live performance into something even larger for our community.”

As a recording and touring artist, James Taylor has touched people with his warm baritone voice and distinctive style of guitar-playing for more than 40 years, while setting a precedent to which countless young musicians have aspired. Over the course of his celebrated songwriting and performing career, Taylor has sold more than 100 million albums, earning gold, platinum, and multi-platinum awards for classics ranging from Sweet Baby James in 1970 to October Road in 2002. In addition to multiple Grammy awards, Taylor has been inducted into both the Rock and Roll Hall of Fame and the prestigious Songwriters Hall of Fame. In 2012, Taylor was awarded the distinguished Chevalier of the Order of Arts and Letters by the French government and the National Medal of Arts by President Barack Obama in a White House ceremony. In November 2015, Taylor was presented with the Presidential Medal of Freedom, the nation's highest civilian honor. In December 2016 Taylor received the Kennedy Center Honors, which are presented annually to individuals who have enriched American culture by distinguished achievement in the performing arts.

In 2015, Taylor released Before This World, his first new studio album in thirteen years, which earned him his first ever #1 album. Taylor’s latest release American Standard earned him his sixth overall Grammy award for Best Traditional Pop Vocal Album. American Standard infuses new sounds and fresh meaning into these timeless works of art, reimagining some of the most beloved songs of the 20th century and making them completely his own. In 2020, Taylor also released Break Shot, the first-ever Audible Original performance by James Taylor, and a deeply personal and authentic audio-only memoir.

Hailed as one the Greatest Songwriters of All Time by Rolling Stone, Jackson Browne has written and performed some of the most literate and moving songs in popular music. A defining Americana artist, who’s songwriting is often charged with honesty, emotion and personal politics, Browne is known for his hits, like “Running On Empty,” “The Pretender,” “Doctor My Eyes,” and “Take It Easy,” as well as deeply personal ballads such as “These Days” and “In the Shape of a Heart.” He was inducted into the Rock & Roll Hall of Fame in 2004 and the Songwriters Hall of Fame in 2007.

Nearly five decades since his 1972 debut LP, the songs on Jackson Browne’s new album Downhill From Everywhere sustain the soulful intimacy of his first release, combined with a power and wisdom gained from a life pursuing positive change. Like much of Browne’s illustrious catalog, Downhill From Everywhere is fueled by a search—for connection, for purpose, for self—but there’s a heightened sense of urgency written between the lines, a recognition of the sand slipping through the hourglass that elevates the stakes at every turn, all while maintaining a defiant sense of optimism that seems tailor-made for these turbulent times.