26-Song Collection Angelheaded Hipster: The Songs Of Marc Bolan And T. Rex Out September 4 On BMG 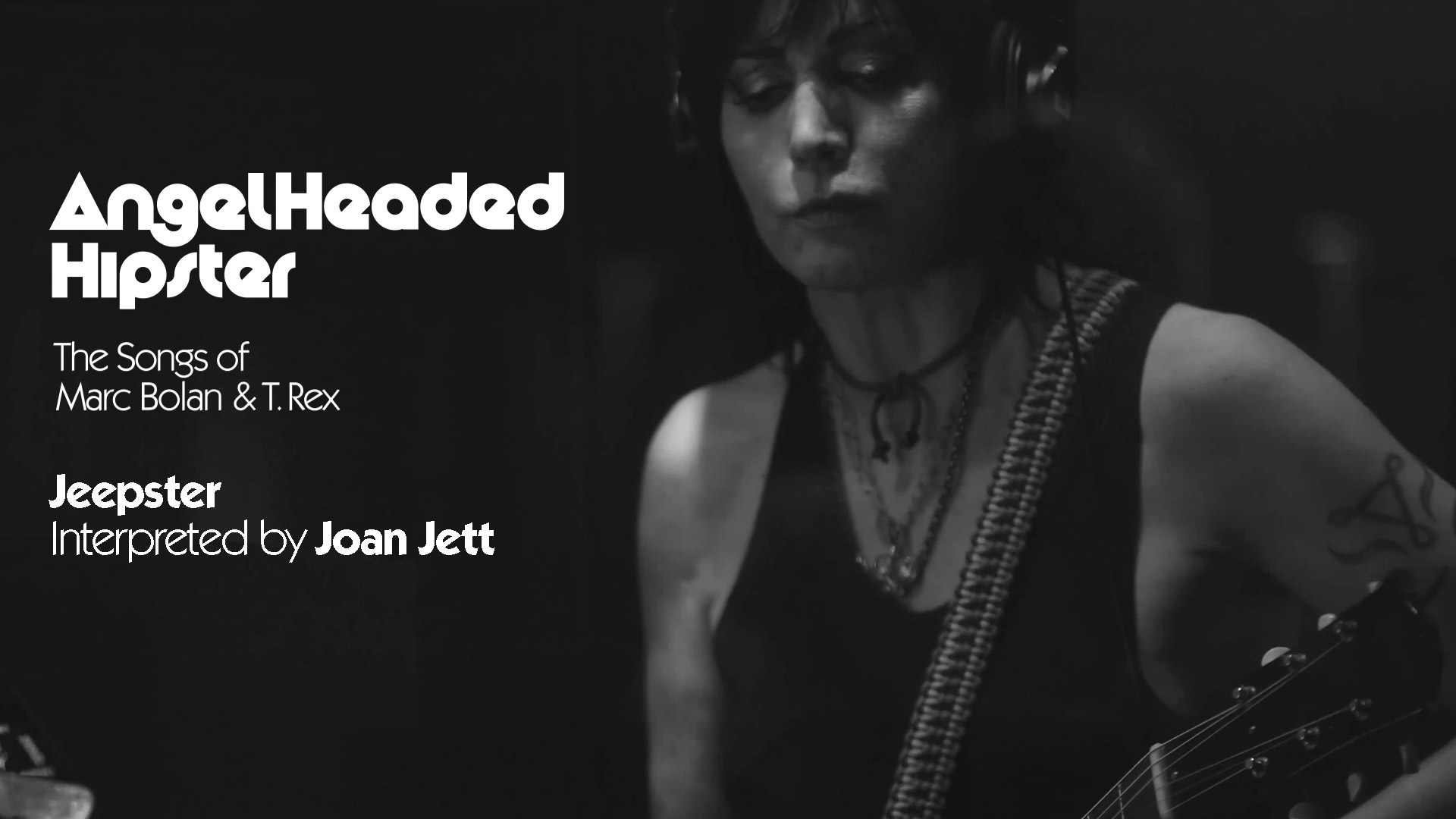 Joan Jett has released her interpretation of the T. Rex hit “Jeepster,” from the Hal Willner-produced “massive, star-studded” (Consequence of Sound) collection Angelheaded Hipster: The Songs of Marc Bolan and T. Rex, out September 4 on BMG. Jett delivers a stunning tribute to her teenage idol, harkening back to her formative years on the Sunset Strip absorbing everything Bolan and T. Rex had to offer. For her reimagining of the standout track from the 2020 Rock and Roll Hall of Fame inductee’s chart-topping Electric Warrior album, Jett is joined by a group of luminaries including Marc Ribot on guitar, Jim White on drums (PJ Harvey, Cat Power), Thomas Bartlett arranging and on piano (The National, Sufjan Stevens) and production by the late Hal Willner.

“Jeepster” is the fourth song to be released from Angelheaded Hipster, following Kesha’s “superstar vocals”(SPIN) on “Children of the Revolution,” Devendra Banhart’s “serene...trippy” (Rolling Stone) “Scenescof” and Nick Cave’s “gorgeous rendition” (Brooklyn Vegan) of “Cosmic Dancer.” Each of the 26 tracks on Angelheaded Hipster was produced by the acclaimed Hal Willner, who passed away from COVID-19 in April. Willner had previously served as the Saturday Night Live sketch music producer for nearly 40 years, produced albums for Lou Reed, Marianne Faithfull and William S. Burroughs, and concept albums drawing upon the music of Thelonious Monk, Kurt Weill, vintage Disney films and others.

Angelheaded Hipster will be available on CD, LP and digital. A special limited-edition white vinyl version will be released one week early on August 28 exclusively at independent retail stores in the US. Fans can pre-order the exclusive version here: https://t-rex.lnk.to/Angel/RoughTrade/PR

Hal Willner worked on AngelHeaded Hipster for several years, with sessions spanning continents, from New York, Los Angeles and New Orleans, to London, Paris and Berlin. The project was conceived and executive produced by Bill Curbishley and Ethan Silverman. Kate Hyman had the creative vision to ask Willner to produce it.

Marc Bolan was a folk pop troubadour, Glam Rock’s metal guru, a pop star who burned as bright as any, a brilliant guitarist, style icon and poet. He has been famously cited as a major influence by some of the biggest names in music, from David Bowie to Johnny Marr. He died in 1977 aged just 29, after a car crash in London.