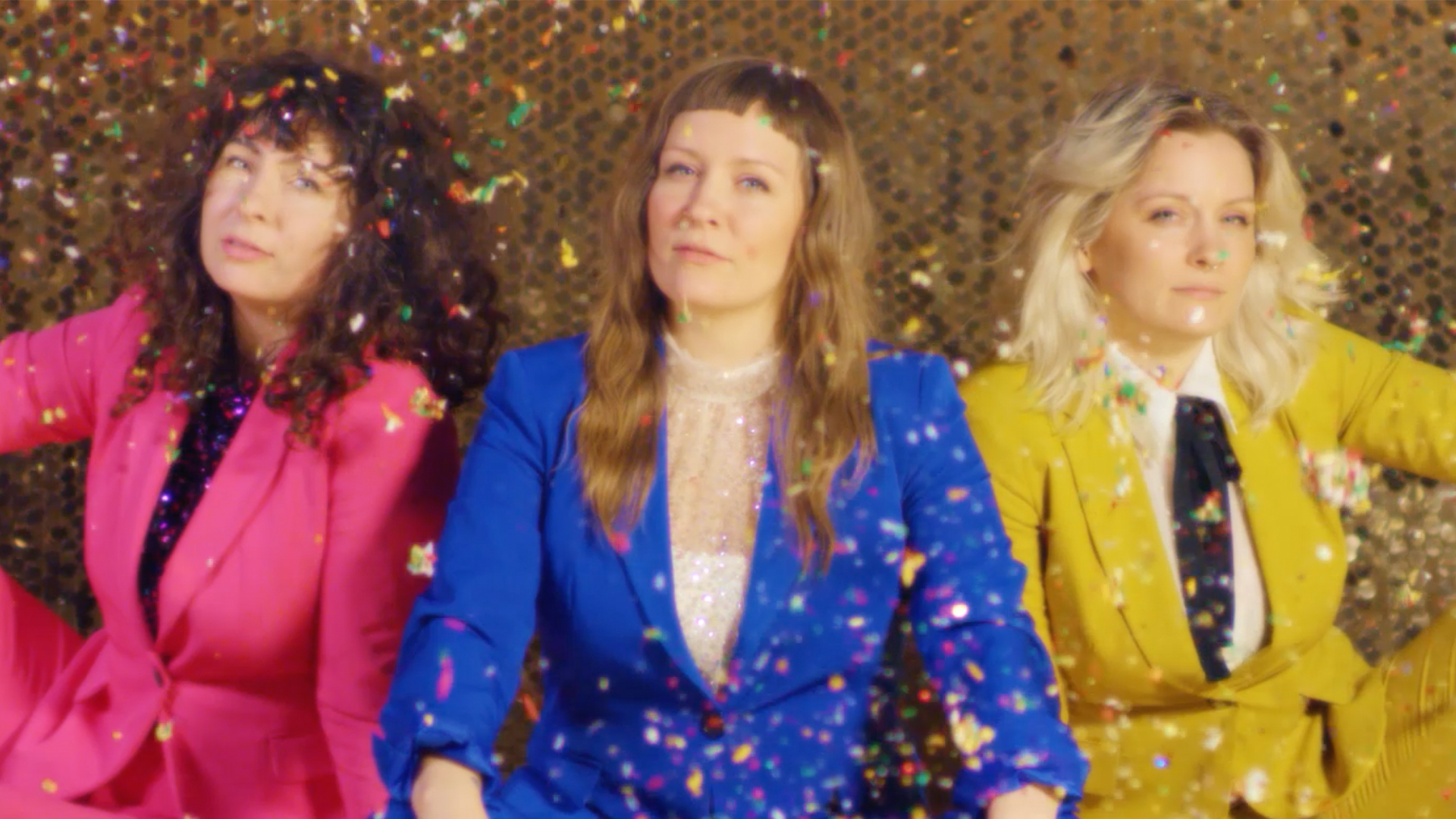 Today, sister trio Joseph release a shimmering new video for “NYE” just in time to ring in 2020. The visual features the sisters partying and serving looks amidst a balloon, glitter and confetti-filled room. “I know we’ll make it another year / but I don’t know how,” they muse as the disco ball spins and sparkles above their sequin-studded figures.

Recently, Joseph released a pair of stripped-back reinventions of tracks from their celebrated new album ‘Good Luck, Kid’ that came out this fall on ATO Records. Shining a light on the pristine vocal harmonies that put them on the map, Joseph have re-imagined “NYE” and “Without You” to stunning effect. Joseph will release additional stripped back versions of songs from ‘Good Luck, Kid’ in the new year.

Read more and listen to "Without You" (Trio Sessions Vol. 1) via American Songwriter: https://americansongwriter.com/joseph-explains-genesis-of-trio-sessions-ep-premieres-without-you/jacob-uitti/

Read more and listen to "NYE" (Trio Sessions Vol. 1) via Consequence of Sound:

The sisters are set to appear on BBC 2's Jools Holland’s Hootenanny in the U.K. for New Year's alongside Brittany Howard, Stormzy and Stereophonics and will also bring their musicality to life on an upcoming episode of PBS’ The Kate. Along with two special performances this month — WXRT’s Holiday Jam in Chicago with the Lumineers and Portland’s Live Wire Radio — the sisters will once again hit the road in 2020 for another leg of their North American tour; see below for a full list of dates.

Choosing their name in deference to their grandfather Jo, and the tiny Oregon town of Joseph where he lived, Natalie Schepman and her two twin sisters Allison and Meegan Closner, grew up in a musical household (their dad was a jazz singer and drummer, their mom a theater teacher), but didn’t sing together until just a few years ago. Joseph officially formed in 2014 when Natalie, an aspiring performer looking for a creative jolt, asked her sisters to form a band together.

They quickly discovered their gift for songwriting and vocal alchemy and began cultivating a devoted fan base playing secret house party gigs before signing with ATO Records. Since then, Joseph has been named a 2016 Spotify Spotlight artist, toured with James Bay and Amos Lee, performed on Ellen, The Tonight Show Starring Jimmy Fallon, The Today Show, CBS This Morning Saturday, "Later" with Jools Holland and prestigious festival stages like Coachella, Bonnaroo, Austin City Limits and Outside Lands.