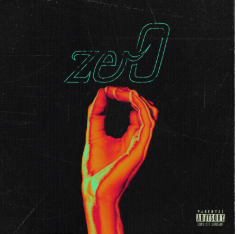 Krewella Strip Back The Layers And Transcend Barriers With First New Album In Three Years, ‘zer0’ (1/31)

LISTEN TO NEW SONG “GOOD ON YOU” HERE - https://krewella.lnk.to/GoodOnYou

Krewella - the trailblazing electronic duo of sisters Jahan and Yasmine Yousaf - has announced their first new album in three years, ‘zer0,’ out January 31st on their own label, Mixed Kids Records. ‘zer0’ is an ode to the blank slate and showcases Krewella’s refined take on dance-pop that encompasses diverse styles, cross-pollinates genres and takes cues from their multi-cultural upbringing.

Krewella has also released a new song “Good On You” today with the announcement, featuring Indian electronic producer Nucleya. A tribute to sensuality and the deep connection between two beings, “Good On You” is a bright, culturally-indebted celebration with hints of the girls’ Pakistani heritage woven throughout. Listen here: https://krewella.lnk.to/GoodOnYou

Krewella recently spoke with Billboard about ‘zer0,’ “Good On You,” and what’s next for the sisters. Read their full Billboard interview here: https://www.billboard.com/articles/news/dance/8545240/krewella-interview-zero-album-good-on-you

“Who are you when you peel back the layers? When you dig to find the curious, fresh child who hasn’t been imprinted on yet? When no amount of money can impact you, no number of followers can make you feel accepted and loved, no quantity of things can make you feel important or beautiful?” says Krewella. “Zero is a place where the pendulum has swung all the way in one direction, then so far in the other, and then finally, as if with an exhale of relief, balances slowly in the center. It is stillness and free-falling, nothing and everything.”

This afternoon, starting at 2:30 PM ET, Krewella will host a Facebook Live panel in an effort to raise money for Period.org and to bring awareness to period poverty alongside Period.org founder Nadya Okamoto, Laura Blackburn of Thinx, and the Emmy-nominated Saturday Night Live comedian Sam Jay. The Period Movement is aimed at elevating the issue of period poverty and demanding real change to making period products more accessible for all, including ending the #TamponTax. Tune into the Giving Tuesday panel live here: krewella.lnk.to/givingtuesday

Dubbed “the dark princesses of bass” by Vice, Krewella has run the festival circuit with performances at Coachella, Electric Daisy Carnival, Lollapalooza and more while selling out headlining tours around the world. They recently made their return to live performance with a special Halloween show at the Metropolitan in New Orleans, and last month, they played two shows in India at Hyderabad’s Prism Club & Kitchen and Bangalore’s Five Six Zero festival. Krewella will tour in 2020, dates to be announced soon.