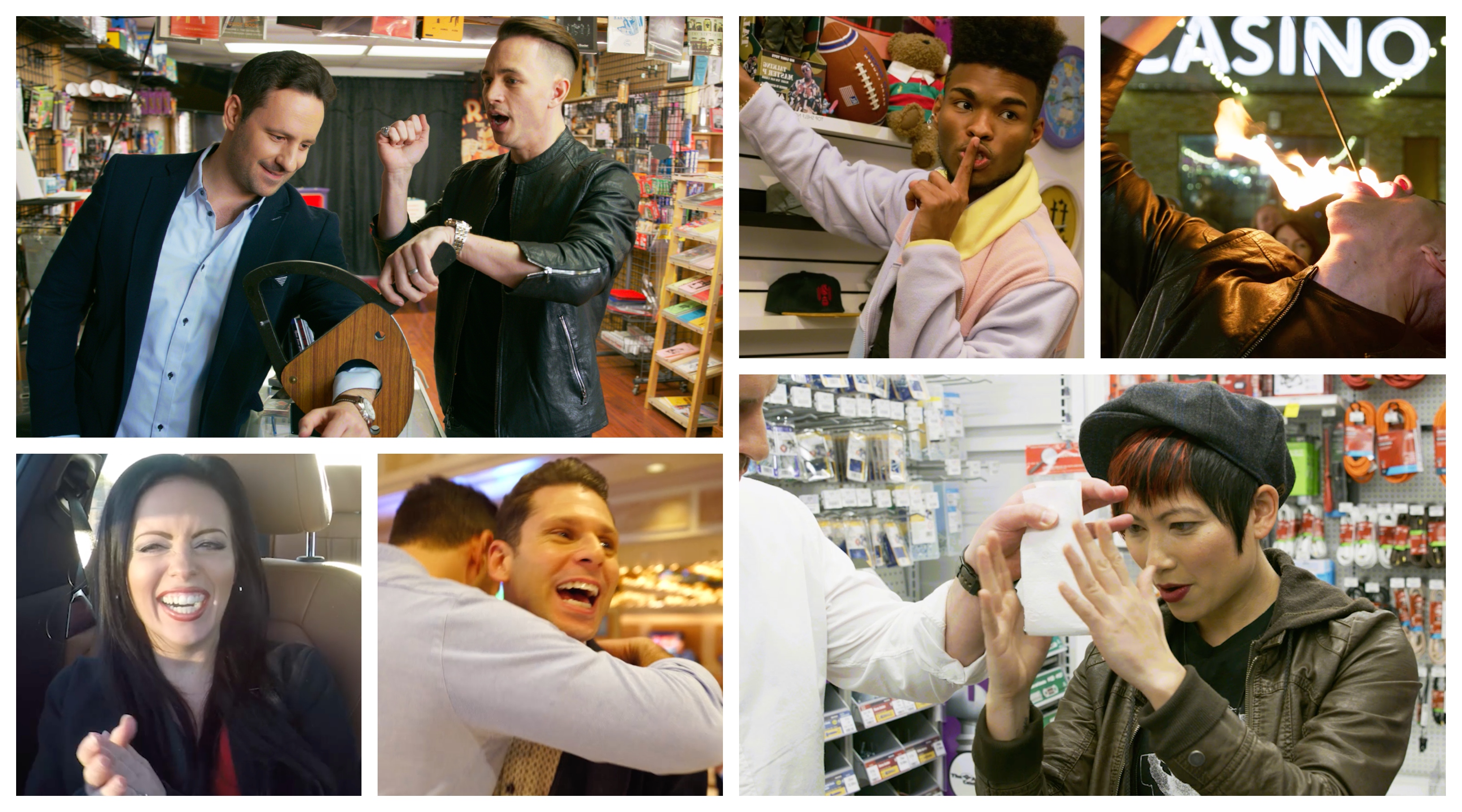 New York, NY — Making Magic marks another runaway success for NYC based Atomic Entertainment Group. The production company, known for crafting information-driven shows and documentaries for a global audience, has set their eyes on the world of magic with the Facebook Watch exclusive series. The show’s debut episode, which aired on April 18th, accrued a staggering 500,000 views in 48 hours and is nearing one million.

The bi-weekly internet spectacular has drawn comparisons to Jerry Seinfeld’s Comedians in Cars Getting Coffee. The series is hosted by Rick Lax, the most viewed magician in the world (with his videos accruing 5 billion views on Facebook), the creator of Syfy Channel’s Wizard Wars, and a former consultant for legendary illusionist David Copperfield.

Synopses of the first five episodes below:

•Justin Flom — Justin talks with Rick about why small illusions can be more impressive than big ones, his family legacy of magic, and solves a giant puzzle box with an amazing surprise inside.

•Billy Kidd — Billy talks about the risks that come with doing death defying stunts, and escapes from a straitjacket while duct taped to a lamp post.

•Jibrizy — Hip-hop magician Jibrizy reveals how his childhood health scares shaped him as a magician, and makes a woman levitate.

•Kyle and Mistie — Husband-and-wife duo Kyle and Mistie Knight explain how they are turning the "magicians assistant" role upside-down, and Kyle crushes Mistie in an auto salvage yard.

•Mike Hammer  — Mike gives Rick a peek behind the curtain of what it takes to run a nightly Vegas magic show, and then makes something incredible appear on the roof of the Paris Hotel.