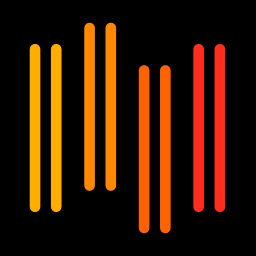 A celebration of John Lennon’s seismic impact and the only tribute sanctioned by Yoko Ono, this year’s program will include unreleased footage from previous Tributes, plus new performances of John Lennon and Beatles classics. The heartfelt livestream event is free to all and will feature taped performances by Jackson Browne, Patti Smith, Natalie Merchant, Rosanne Cash, Jorma Kaukonen, Marc Cohn, Shelby Lynne, Joan Osborne, among others.

“The idea of not celebrating John, of allowing the pandemic to stop the Tribute after 39 years, never crossed my mind,” said Joe Raiola, the Tribute's producer and Artistic Director of the Theatre Within organization.

“When the annual John Lennon tribute needed to transition to an online event, we saw an opportunity to retrofit the format for the new all-digital world, generating more exposure for the cause than ever,” said Mary Kay Huse, Chief Executive and Co-Founder of Mandolin. “Much like Yoko Ono and the Theatre Within team, we believe that music has the power to move, to inspire, and to make us happier and more united as friends, fans, and as a community. We are happy to play a part in celebrating John Lennon’s legacy.”

In lieu of ticket sales, Tribute organizers are asking viewers to support Theatre Within’s life-affirming programs for the cancer community by texting the keyword “Trib40” to 41444 and making a donation. Interested fans should visit www.lennontribute40.org on October 9 to get the link to the watch page. Replay of the livestream event will be available until Monday, October 12 at midnight ET.

Mandolin helps artists and venues create connections with fans and prosper through the music they produce. We intentionally push the boundaries of livestream, giving artists the right tools to create content, share it widely, and then better understand how fans engage. Mandolin gives artists the ability to build a digital strategy, all while giving fans unprecedented access to the artists they love. To learn more about how Mandolin is bringing live music back to the stage, visit mandolin.com or Facebook, Instagram, or Twitter.