Currently in its third consecutive week as the #1 single on Americana Radio, Margo Price's "Letting Me Down" is one of many, muscular and monumental highlights from her latest album, That's How Rumors Get Started (Loma Vista Recordings). Today, however, with the release of a brand new arrangement she's dubbed the Downer Version, Margo transforms the track from a restless, riff-rocking travelogue of a runaway teenager into a mesmerizing meditation on loneliness. Simmering in a swirl of baritone and acoustic guitars, dobro, lap steel and harmonica, the song emphasizes the new meanings and emotions it has taken on since Margo and her husband Jeremy Ivey first wrote it to a pair of high school friends.

Watch the music video for "Letting Me Down" (Downer Version), which extends the dance sequence that Margo performed in an abandoned hospital for the original "Letting Me Down": https://found.ee/MP_LMDDownerVid

Tonight, Margo Price kicks off a two-night stint at Brooklyn Bowl Nashville, bringing her full band back together to live-stream a special pair of audience-free shows. This evening she'll be joined by Adia Victoria and tomorrow's broadcast will feature an appearance by Lucinda Williams. Each set will include guest vocals from Nicki Bluhm and will be presented through an immersive, interactive video experience via FANS.

Find tickets and more info on how to Be In The Stream: http://fans.com/margoprice

Last month, Margo Price released a spellbinding synthphonic rearrangement of "I'd Die For You," the finale to That's How Rumors Get Started and the "biggest song she has ever made" (Vulture). Listen here: https://found.ee/MP_IDFYSynth

Next Friday, September 18th, Margo Price will host "Price Points," a career-spanning conversation with music critic, journalist and author Jewly Hight as part of the Americana Music Association's virtual Thriving Roots conference. On September 26th, Margo will perform at the virtual Farm Aid 2020 festival, which she and Dave Matthews announced on Good Morning America last week. Margo and her band have recently played "Letting Me Down" on Jimmy Kimmel Live!, CBS This Morning: Saturday, a dive bar gig presented by Spotify's Indigo Playlist and more. 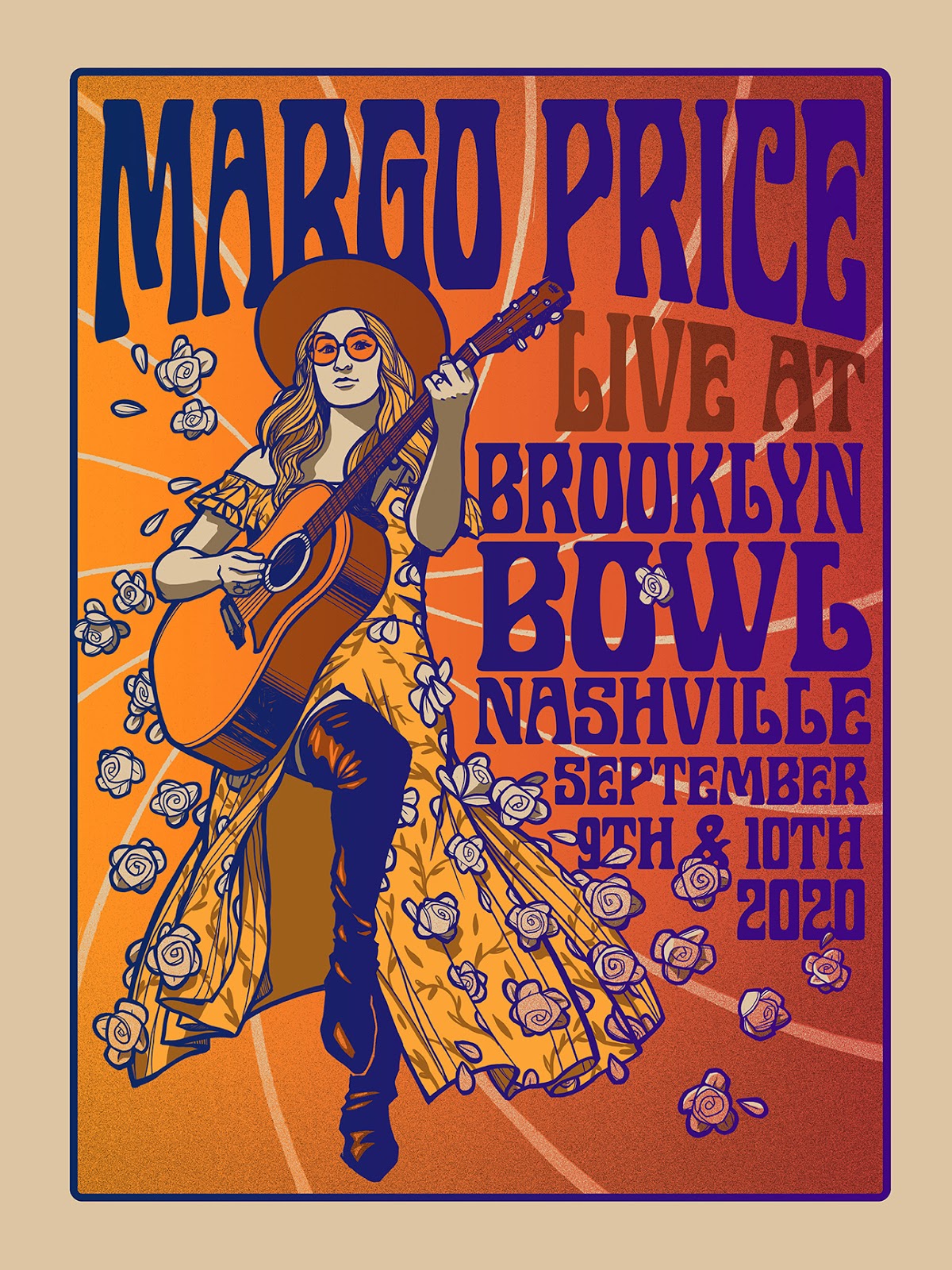