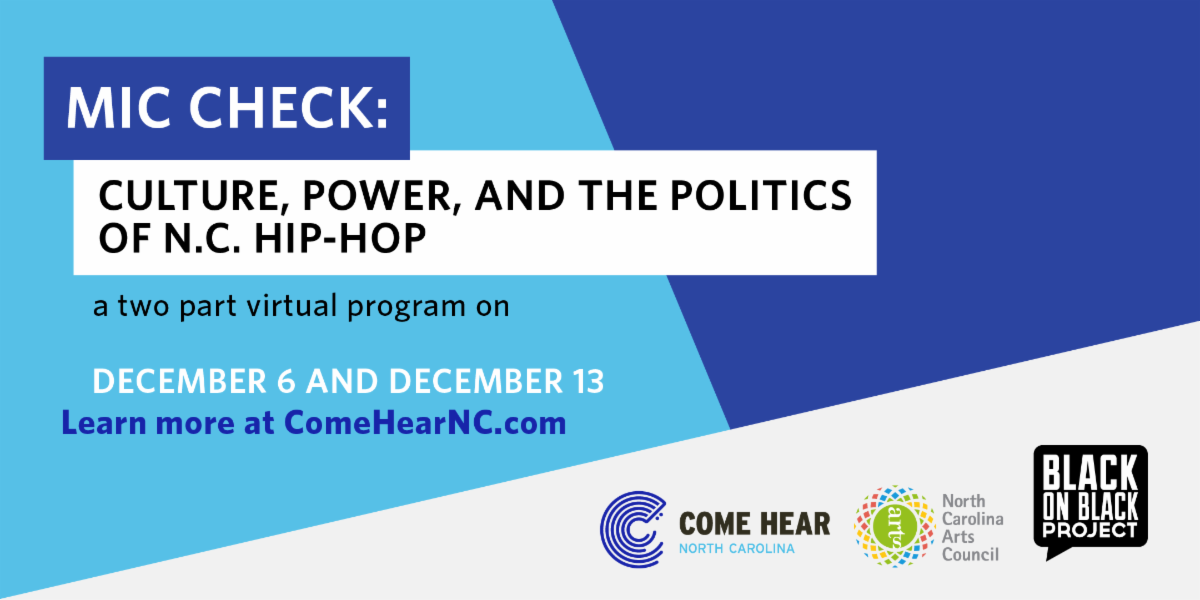 From Nina Simone’s “Mississippi Goddam” to Max Roach’s “We Insist,” North Carolinians carry a powerful legacy of creating music that documents the social ills of America. Today, North Carolina hip-hop artists such as J. Gunn, Rowdy, Troya, Dasan Ahanu, and JooseLord are on the front lines of a new wave of protest music in the Tar Heel state. On December 6 and 13 they will unite for Mic Check: Culture, Power, and the Politics of N.C. Hip Hop to discuss how they use their music to stand up against social injustice.

This new multimedia project from Come Hear NC, created by hip-hop scholar Kyesha Jennings, documents how North Carolina hip-hop artists are using music to address contemporary forms of racial injustice. Inspired by Genius lyric videos, Jennings asked the five hip-hop artists cited above to perform and then analyze one of their politically conscious verses. The videos will premiere at this two-part virtual program hosted by Mike Williams, of the Black on Black Project. During each program, Williams will also engage the artists in conversation about how their music breaks down gun violence, police brutality, and inequities in education.

Part one of Mic Check will air on Sunday, December 6 at 2 PM EST and feature J. Gunn, Rowdy and Troya.

Part two of Mic Check will air on Sunday, December 13 at 2 PM EST and feature Dasan Ahanu and JooseLord.

Both events will be livestreamed on Come Hear NC’s Facebook. Register for the series here: bit.ly/MicCheckNC.

Jennings, an award-winning lecturer in English at N.C. State University, writes of the Mic Check program: “In this moment, Southern hip-hop artists are leading the newest wave of protest music, and North Carolina artists are using their national and local platforms to speak out against present-day forms of injustice. There’s a common thread among each of the artists as their music homes in on what it’s like to be Black in America.”

Mic Check: Culture, Power, and the Politics of N.C. Hip Hop is presented by Come Hear NC and the N.C. Arts Council in partnership with The Black on Black Project, an organization that believes artists possess the societal and cultural empathy needed to transform communities, and consists of creatives who understand the necessity to have challenging and progressive conversations about identity and social justice. The program is an extension of the North Carolina Arts Council’s efforts to understand how disparities of race, class, and access stand in the way of its vision of arts for all people. Learn more about the Arts Council’s work here. 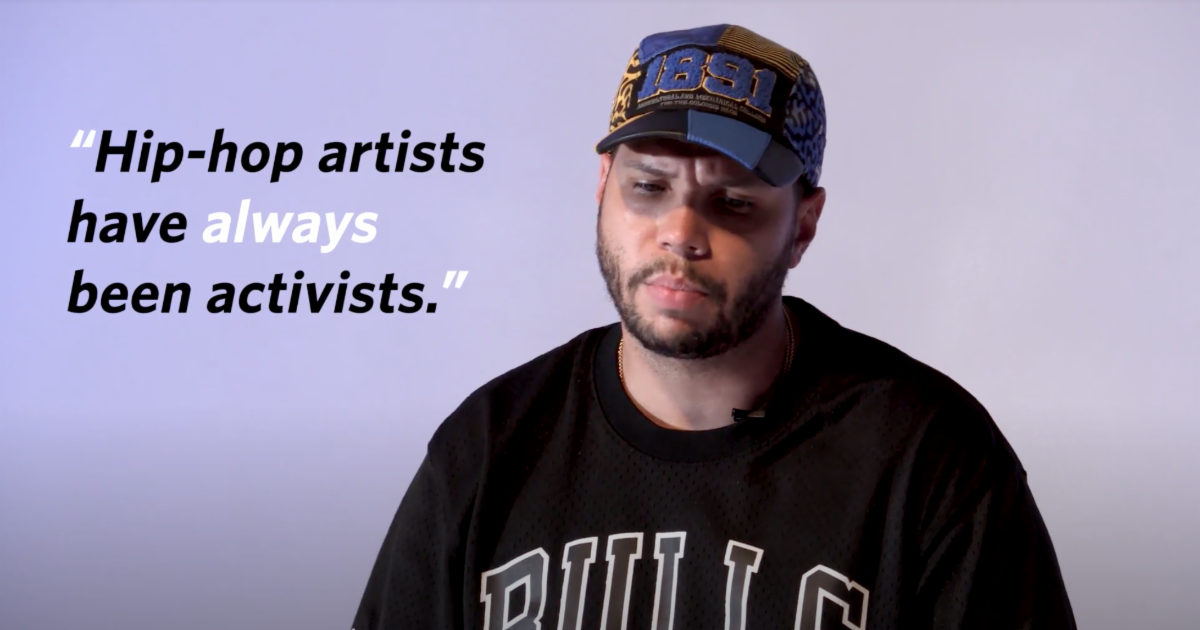