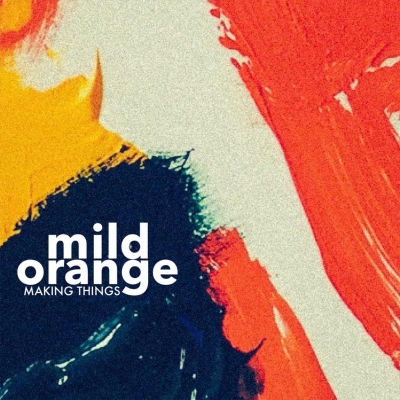 “sweeps listeners off their feet” — Under The Radar (NZ)

“Freak In Me” Video Has Racked Up Over 1 Million Views, Watch Here: https://youtu.be/RrIV6tnuQG0

Today, New Zealand’s Mild Orange share their self-titled sophomore album, deemed “the quintessential summertime album” by Riot Magazine. Triangulating somewhere between the dusky atmospheres of Yo La Tengo’s And Nothing Turned Itself Inside Out, the stately romance of Coldplay’s Parachutes, and the patiently intertwining guitars of classic Kiwi jangle-pop, Mild Orange (out May 29) is a confident step out into the world that American Songwriter says “elevates their musicianship and songcraft” and establishes them as “a strong new voice.”

Lead single “Freak In Me” brings bedroom pop to the bedroom, and it’s amassed over 1 million views on YouTube for its intimate daydream of a video:https://youtu.be/RrIV6tnuQG0

And check out the hazy video for “First Taste,” which Under The Radar (NZ) says “helps keep us grounded as we navigate our new post-lockdown realities”:https://youtu.be/YMCZsmQMf1Q

Mild Orange are Josh Mehrtens (vocals/guitar, production), Josh Reid (lead guitar), Tom Kelk (bass guitar) and Jack Ferguson (drums, photography), four friends who came together at the University Of Otago in Dunedin, New Zealand. Their 2018 debut album Foreplay was an independently released word-of-mouth hit that earned them tens of millions of streams and views and led to the band’s first-ever European tour, including sold out dates in London and Paris. Their internet cult has gone international, with fans emerging everywhere from Sydney to Santiago, Los Angeles to Istanbul.