Today, New York City singer, songwriter & multi-instrumentalist Miles Francis debuted kaleidoscopic new single & video for “Popular.” Featuring Lizzie Loveless and Lou Tides (aka Lizzie and Teeny Lieberson, formerly of TEEN) on background vocals, the track resulted from a forthcoming project interrogating masculinity, male conditioning, and their own gender identity. About "Popular," Francis explains: “Everyone indulges in having an ego and wanting to be recognized, but men seem particularly bent on the power element — whether it’s taking up space in a room or leading a country.” To celebrate the release, Francis announced they will be taking to the streets of New York today for live performances on a pickup truck - full schedule for "Popularalooza” here. Francis will also be performing a hometown show at Our Wicked Lady on September 15 for the Cornelia Street Sessions Afrobeat Revue plus Lollise - tickets here benefiting Trans Asylias.

“Popular” is the vibrant continuation of "Service," Francis’ alt-pop romp exploring the dark side of devotion from earlier this year - complete with mesmerizing boy band clone choreography that mirrors Miles' own recording process in quarantine. The polymathic artist is also known for collaborating with the likes of Angélique Kidjo, Sharon Jones & The Dap-Kings, and Arcade Fire’s Will Butler, also earning praise from the likes of FADER, Stereogum, KCRW and beyond for their solo work on 2018’s Swimmers EP.

Naming shapeshifters like Prince and David Bowie among their essential touchstones along with Afrobeat music, Francis ultimately alchemizes those inspirations with their childhood obsession with early 2000's boy bands. The result is a highly percussive form of art-pop, both lavishly orchestrated and visceral in impact. "I grew up with Backstreet Boys posters lining my bedroom walls, floor to ceiling. That era of music is dear to my heart, but upon closer look those songs are ridden with anxiety, songs about male adolescence written by grown men. That anxiety and impulsiveness is the place from which 'Popular' grows out from." 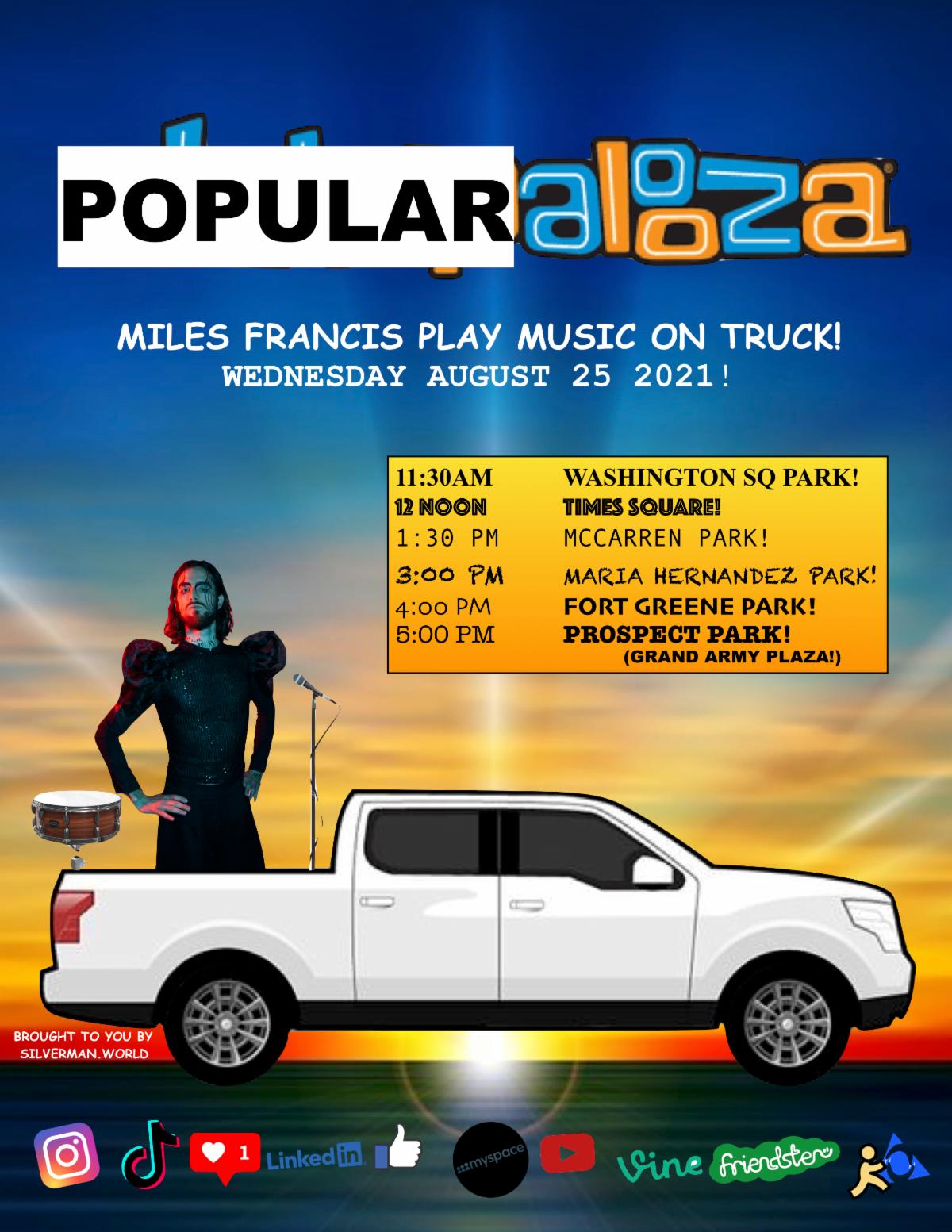