The alt-rock icon has also announced the "Ultimate M Box," a special limited-edition merch bundle to accompany the release of California Son, out on May 24th (Étienne/ BMG).

Reviews are in, and critics have lauded Morrissey's Broadway debut. The Britpop icon has brought the jangly melancholia that has made him a household name to The Great White Way in exactly the way one might expect: with a biting wit, deep cuts from across his monumental career from the Smiths to his solo work, and an iconic baritone that hasn't aged a day. The seven-day run, which has boasted a varied set list each night, will end on May 11th.

After last year’s “heartfelt” (Rolling Stone) cover of the Pretenders’ hit “Back on the Chain Gang” gave fans a taste of what was to come, California Son will see Morrisseytake on luminaries of the 60s and 70s like Joni Mitchell, Dionne Warwick, and Bob Dylan while also delving into more obscure musicians of the time, such as early gay icon Jobriath and political activist Phil Ochs. The collection also boasts collaborations with alt-rock royalty including Billie Joe Armstrong of Green Day), Ed Droste of Grizzly Bear, Sameer Gadhia of Young the Giant, and LP. 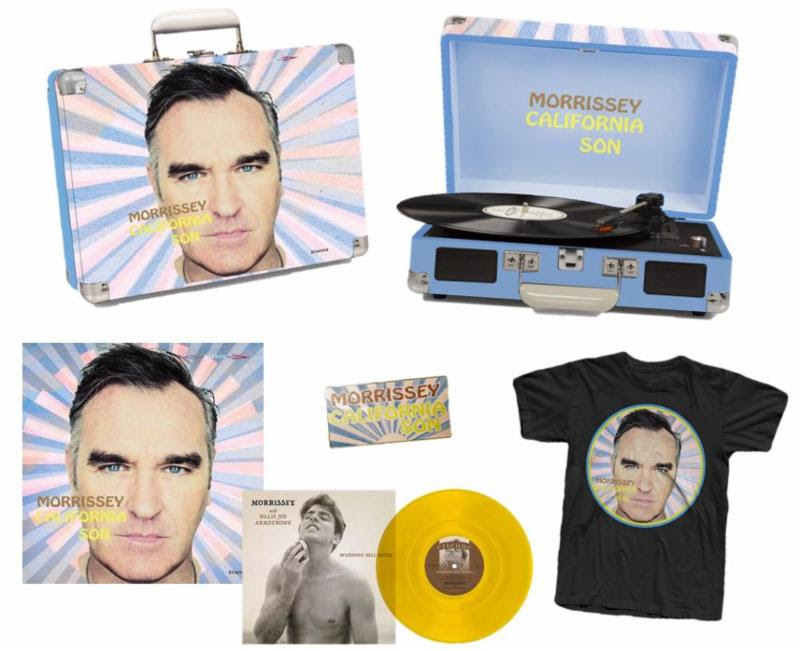