With the addition of several new international shows set for fall 2021, Natalie Bergmanhas just extended her debut solo tour to include a performance at Pitchfork's first-ever Music Festival London, headlining dates in Bristol, Milan, Berlin and beyond. Before embarking across Europe and the UK this November, Bergman and her band kick off their run at California's Ohana Festival, and will reveal more concerts and cities soon. Find the full list of newly announced appearances below, and purchase tickets here.

As one half of brother-sister duo Wild Belle, Natalie Bergman has shared stages with Beck, Cage The Elephant, and Toro y Moi, played Coachella, Lollapalooza, The Tonight Show and more. This fall, she'll be bringing the music of her brand new album Mercy on the road for the very first time. Out now on Third Man Records, Mercy marks Natalie Bergman's debut, self-produced solo project, which Billboard recently named one of the Best Albums of 2021 So Far and SPIN hails as "a moving tour-de-force."

On collaborating with her friend Pachyman, Bergman says, "Pachy is making some of the best dub music of our generation. With his own melodic offerings, he brings us back to our favorite early Jamaican sounds."

Natalie Bergman will have more new music to share later this summer. In the meantime, see her on the cover of FOXES Magazine, learn more about the inspiring story behind Mercy in conversations with NPR Weekend Edition, Interview, NYLON and TEETH, or watch her perform songs live for NPR, FLOOD and GRAMMY.com. 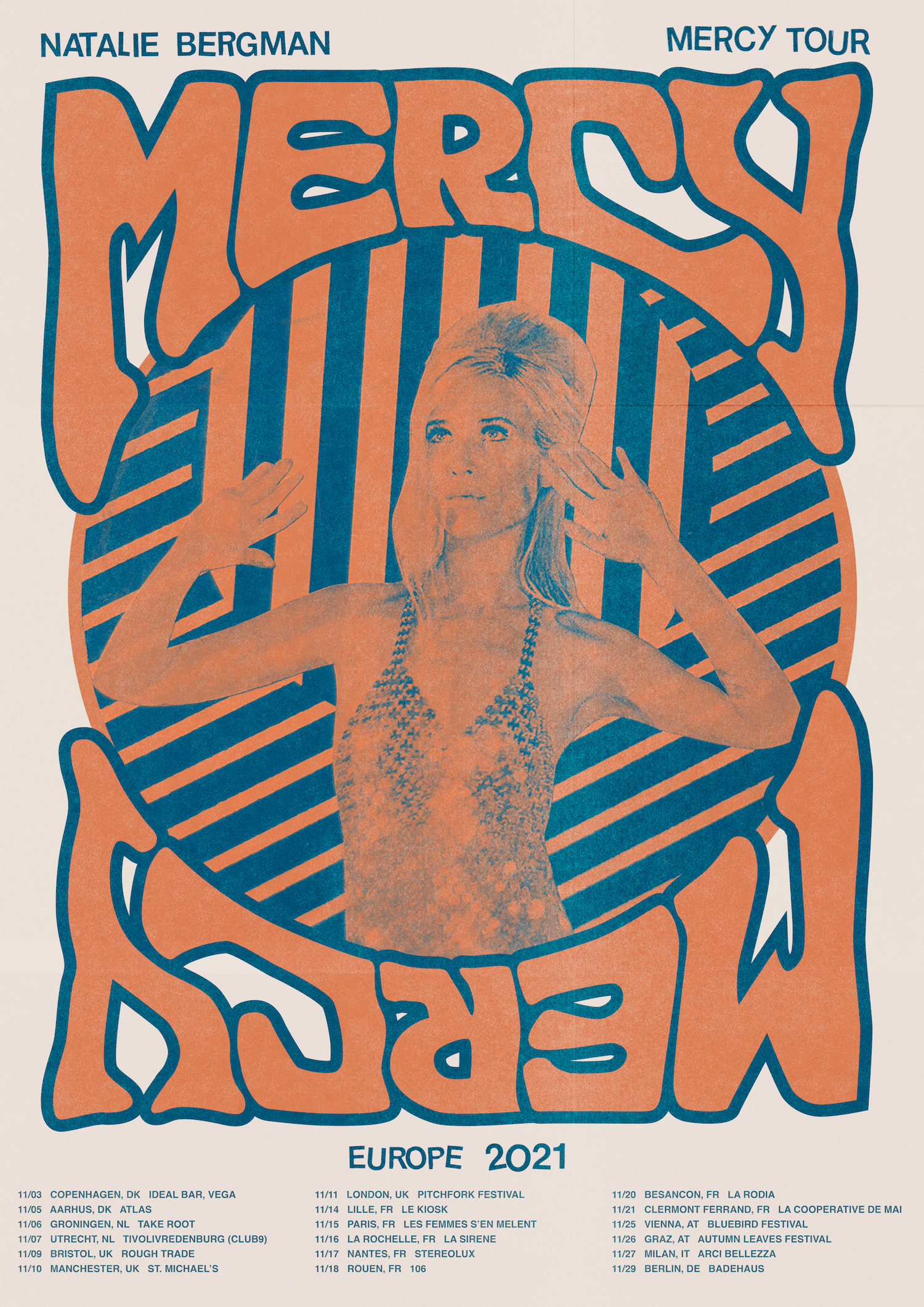 "A stunning gospel album as focused on faith as it is on love...delivering swaying choruses for believers and non-believers"

"Otherworldly...an example of the power of art to transform pain into something positive, even celebratory"

"This beautiful set of songs draws on her utterly hypnotizing view of gospel, one that is hazy, delirious, and glowing in the soul...a simultaneously peaceful and surreal experience"

"Step inside Natalie Bergman's land of milk and honey, a place where there's more than enough salvation to go around"

"A conceptual album, filled with hymn-like songs about the fragility and resilience of this experiment we call life"

"A moving tour-de-force, a modern gospel journey infused with exquisite melodies, a touch of psychedelia, and a lot of soul"

"A remarkable act of spiritual resilience"

"While Mercy began as a desperate prayer, the end result sounds like salvation"

"One of the year's best albums...as revelatory as anything Paul saw on the road to Damascus"

"For once, modern songs about faith feel experimental and personable. What she has done to create her own form of worship music is truly groundbreaking"

"[Bergman] has tapped into a deep well of creativity...the kind of authoritative and transformative power that can only come from reaching the final stage of grief"

"Her conviction allows her to find rainbows through her tears...Bergman's beliefs stimulate her music, but her debut album inspires whether one is a Christian or not"