New Documentary ‘Harry Chapin: When In Doubt, Do Something’ Explores The Life, Music And Activism Of A Legendary Songwriter | Shore Fire Media

New Documentary ‘Harry Chapin: When In Doubt, Do Something’ Explores The Life, Music And Activism Of A Legendary Songwriter 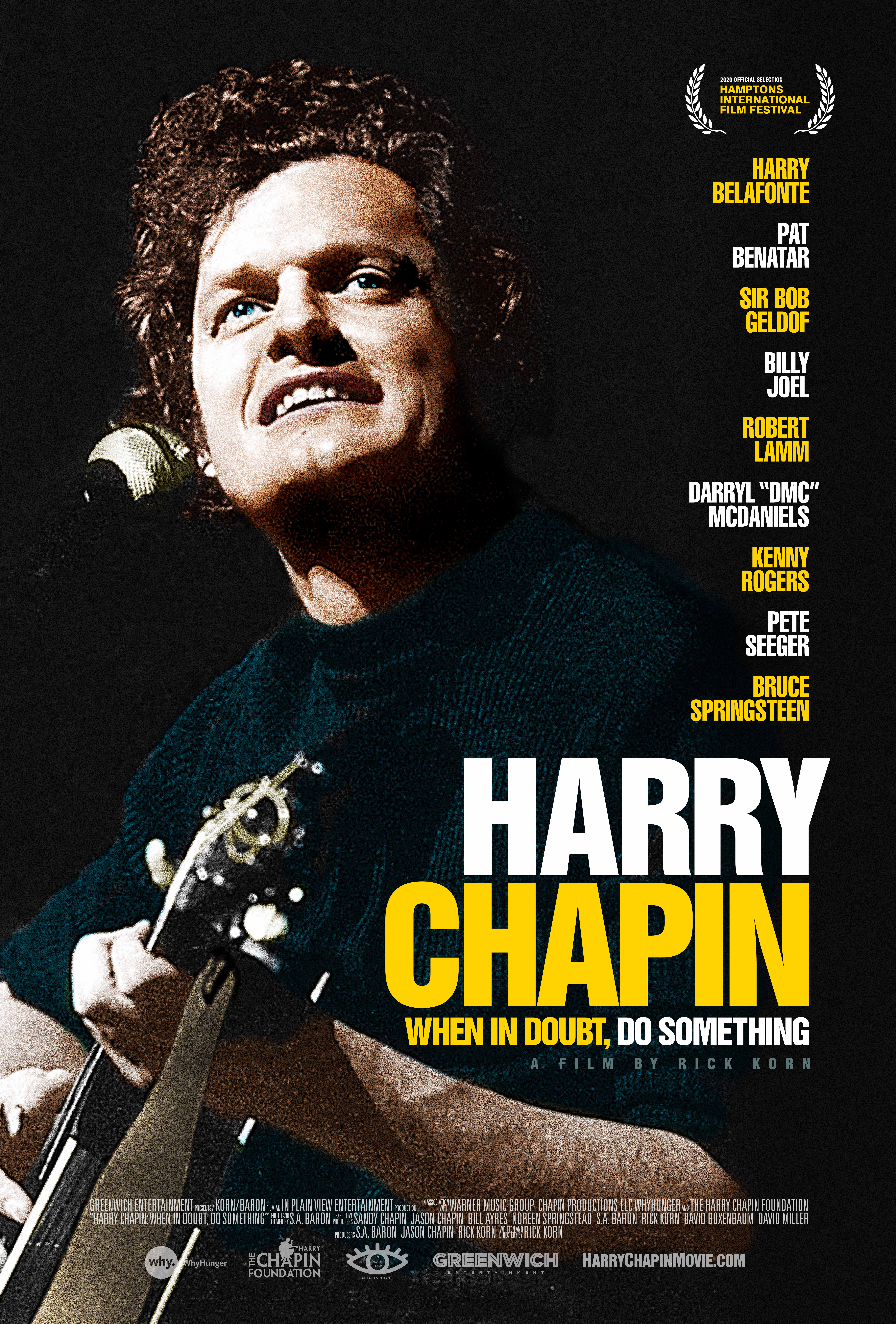 “Harry Chapin was one of the greatest storytellers of all time. He wanted to change the world. And he did.” — Ken Kragen, Harry Chapin’s manager and co-creator of USA for Africa and Hands Across America

This October, the incredible life of Harry Chapin will be seen like never before in Harry Chapin: When In Doubt, Do Something. This documentary, directed by Rick Korn and released by Greenwich Entertainment (Jimmy Carter Rock & Roll President, Creem: America’s Only Rock ‘n’ Roll Magazine, Gordon Lightfoot: If You Could Read My Mind), follows the renowned GRAMMY-nominated folk singer from childhood - spent under the shadow of his jazz drummer father - throughout his tragically short life and captures the up-and-down spirit of one of folk’s great humanitarians. The film’s theatrical release is set for October 16 on World Food Day — a fitting coincidence for a man who co-founded the influential hunger non-profit WhyHunger.

Told through archival footages and new interviews, When In Doubt, Do Somethingexplores like never before the key moments in Chapin’s life, including performing with his brothers and working on the Academy Award-nominated documentary Legendary Champions, to his solo success with hits like “Taxi,” “W.O.L.D.” and “Cat’s In The Cradle” and his tireless philanthropic work, which included his efforts with WhyHunger and a seemingly endless run of benefit performances, all of which led to him being posthumously awarded the Congressional Gold Medal. This documentary paints a new picture of the singer-songwriter who used his fame as a launching point to help others and influence politics. It features testimonials from Chapin's family (including Tom Chapin and Steve Chapin), as well as peers including Billy Joel, Bruce Springsteen, Pete Seeger, Kenny Rogers, Robert Lamm (Chicago), Darryl “DMC” McDaniels, Pat Benatar, Bob Geldof, Ken Kragen, longtime bassist John Wallace, and WhyHunger co-founder Bill Ayres.

“Harry Chapin was one of the greatest storytellers of all time. He wanted to change the world. And he did.” These words kick off the debut trailer of When In Doubt, Do Something: The Harry Chapin Story. Watch the trailer, which premiered this morning on Rolling Stone: https://bit.ly/32y9dHs

A portion of proceeds from the film will go to both WhyHunger and The Harry Chapin Foundation. The film was produced by Korn, S.A. Baron, and Chapin’s son, Jason Chapin.

Harry Chapin sold over 16 million records, had 14 hit singles, and garnered two GRAMMY nominations. In 1977 he was a key participant in the creation of the Presidential Commission on World Hunger. In 1986, he was posthumously awarded the GRAMMY President’s Merit Award. He was inducted into the GRAMMY Hall of Fame in 2011.

Founded in 1975 by the late Harry Chapin and radio DJ Bill Ayres, WhyHunger believes a world without hunger is possible. They provide critical resources to support grassroots movements and fuel community solutions rooted in social, environmental, racial and economic justice. A four-star rated charity by Charity Navigator, WhyHunger is working to end hunger and advance the human right to nutritious food in the U.S. and around the world. Learn more at whyhunger.org