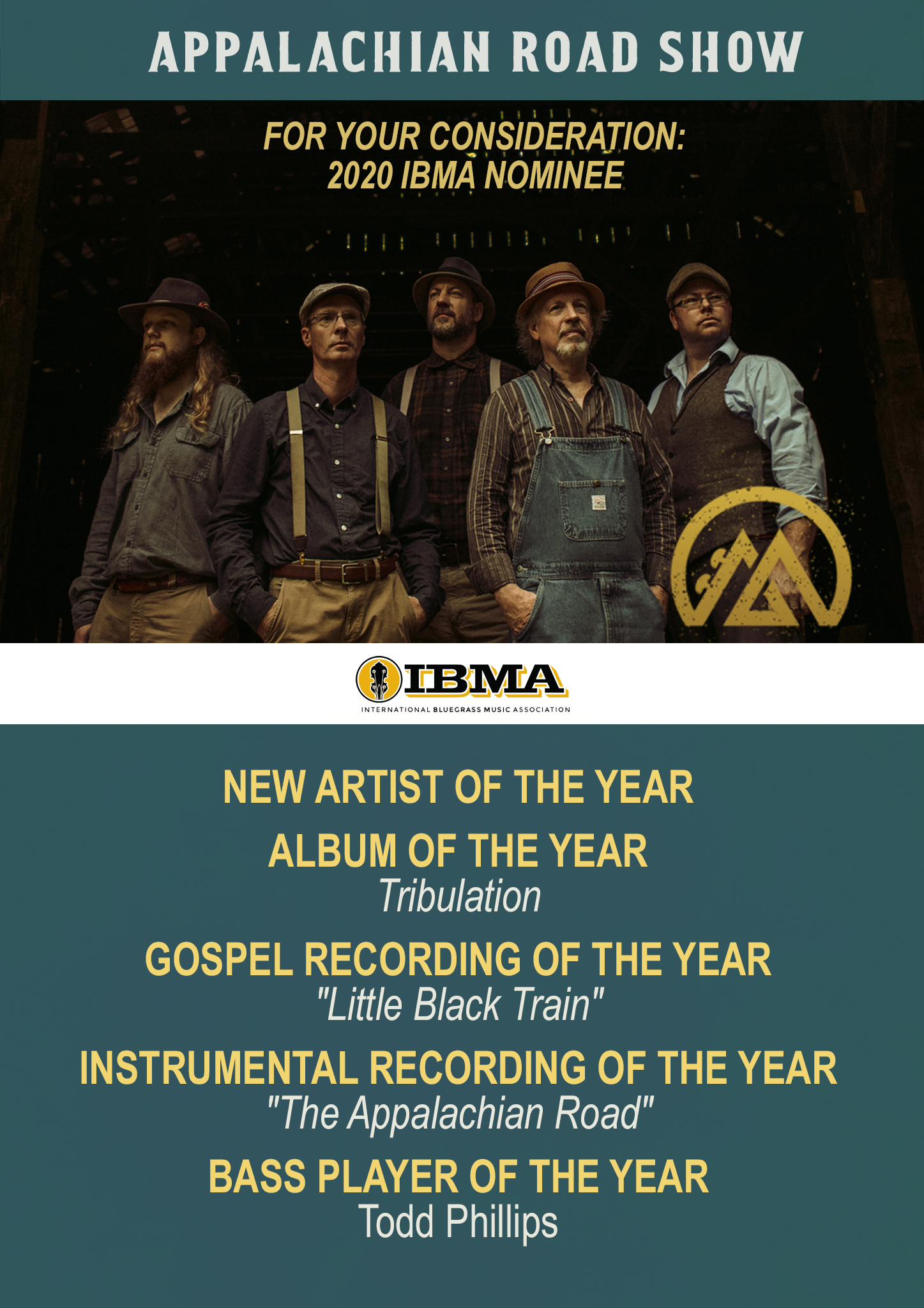 Earlier this year, roots supergoup Appalachian Road Show released a “masterpiece” (NPR’s WPLN) of an album titled ‘Tribulation’ (3.27). Now, the newly formed band is leading the IBMAs as the second-most nominated group with nominations in five categories including Album of the Year and New Artist of the Year.

- Album of the Year (‘Tribulation’)

- New Artist of the Year

- Instrumental Recording of the Year (“The Appalachian Road”)

Recognized by everyone from the TODAY Show to NPR All Things Considered; NowThis to Folk Alley; American Songwriter, No Depression and many more, ‘Tribulation’ encapsulates Appalachia’s rich cultural traditions and heritage that shaped bluegrass music as we hear it today.

Appalachian Road Show’s ‘Tribulation’ not only showcases each of its members masterful instrumental capabilities, but it also shines a light on how music brings together people from all walks of life. Throughout the record, Appalachian Road Show narrates the shared survival and hardships endured by a community that came together from Spain, England, Africa and beyond despite segregation efforts across Appalachia. 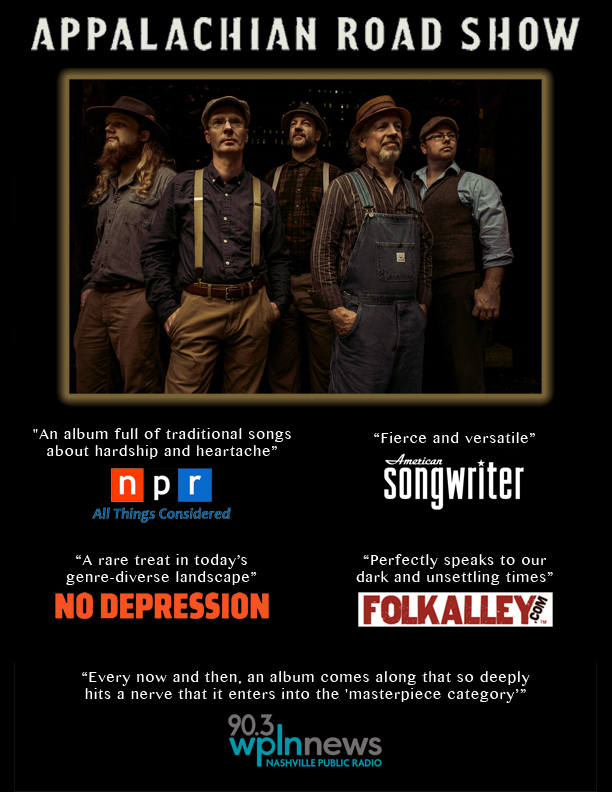