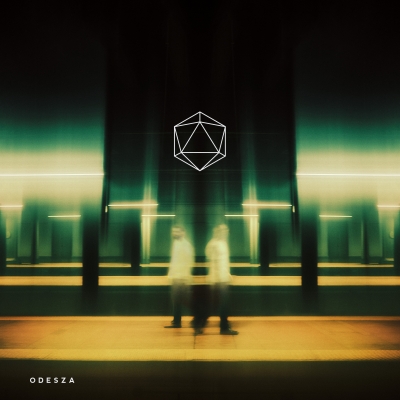 ODESZA’s 2022 continues to shine following today’s announcement at the 2023 GRAMMY Awards Nominations telecast that the groundbreaking electronic duo are in the running for Best Dance/Electronic Album for ‘The Last Goodbye’.

Today’s nomination follows their previous noms at the 2018 ceremony in the same category for ‘A Moment Apart’ and Best Dance Recording for the album’s lead single “Line Of Sight”. RAC’s remix of ODESZA’s “Say My Name” was also nominated for Best Remixed Recording at the 2016 ceremony.

ODESZA, the artistic partnership of Harrison Mills & Clayton Knight, raised the bar for the electronic genre this year with ‘The Last Goodbye’ (released via Foreign Family Collective/Ninja Tune), an album which earned acclaim from Billboard who praised its “lush soundscapes, grandiose moments and productions that are equally complex and emotive,” Associated Press who called it “an indescribable, immersive listening experience”, and Pitchfork who said ODESZA “have found themselves at their most introspective just as they’re primed to make a bigger splash on the stage than ever before.” The album also debuted at no. 2 on the Billboard Top Dance/Electronic Albums Chart, and received Times Square billboards in NYC from Spotify, Amazon, and YouTube.

Both on the album and throughout their landmark 2022 tour, ODESZA created a vivid celebration of the people and moments that have left a mark on our existences, reverberating throughout the record in the form of interwoven samples from personal home movies and childhood memories, showcasing the origins of Harrison and Clay juxtaposed against the bold, boundary-pushing production techniques they have become synonymous with. The album features guest appearances by Bettye LaVette, The Knocks, Ólafur Arnalds, Julianna Barwick, Izzy Bizu, Charlie Houston, Låpsley, & MARO, and their “The Last Goodbye Tour” was the first of its kind for an electronic act with the duo bringing their cinematic live show to amphitheaters around the country (450k tickets were sold throughout its run with numerous sold-out, multi-night runs including in their hometown of Seattle at Climate Pledge Arena, LA’s The Forum, and New York’s Forest Hills Stadium and more).

The album also appeared wildly across the pop culture zeitgeist this year, including multiple syncs in Apple’s Keynote at the 2022 Apple Worldwide Developers Conference, in commercials with GoPro, Insta360, Sony Playstation, syncs in the recent FIFA 23 video game, recent episodes of Love Island and Fate: The Winx Saga, the official trailer for the Okeechobee ‘23 Festival, the Teton Gravity Research film Magic Hour and serving as a center point for an activation at HP’s Arctic Dome at this year’s Coachella, and more.