Our Lady Peace To Embark On US Tour - NYC, LA, Boston, And More | Shore Fire Media

Our Lady Peace To Embark On US Tour - NYC, LA, Boston, And More

Follows The Announce Of Their Upcoming Album ‘Spiritual Machines II’ 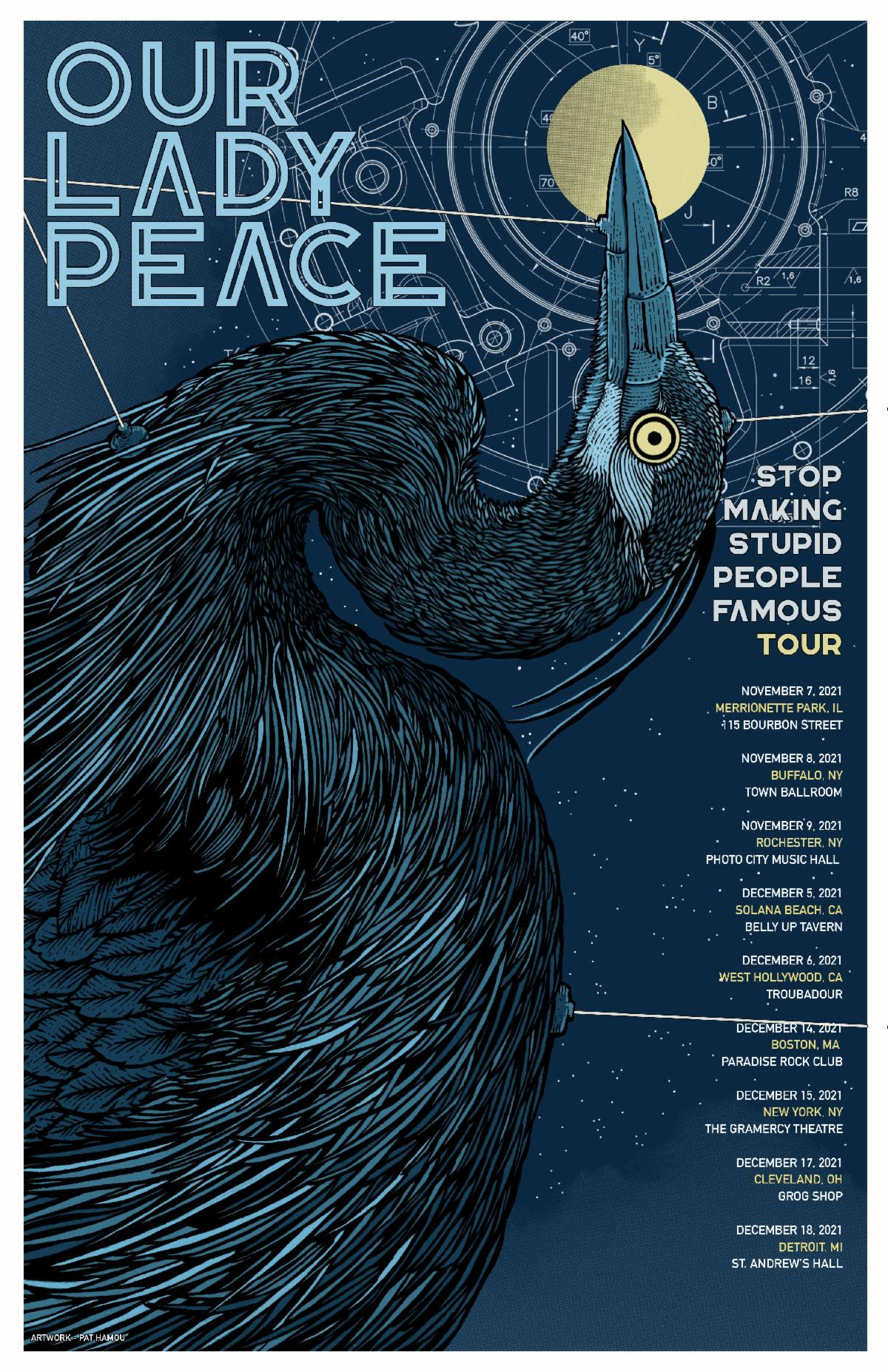 Today, Our Lady Peace, the multi-platinum selling Canadian it-band and alt rock radio staple announced their "Stop Making Stupid People Famous" US tour hitting key cities like NYC, LA, Boston, Detroit, etc. Small venues all around the US are going to get a taste of the group's upcoming long-awaited album ‘Spiritual Machines II.’

“We’ve been sitting on a new album for over a year. It’s with an abundance of caution that we have chosen select US cities & some famous small venues so we can finally get back to performing live and introduce this new collection of songs to our fans. Beyond excited to see everyone out there this fall.” - Raine Maida

Last summer, Our Lady Peace released the first track off the forthcoming album, “Stop Making Stupid People Famous” featuring Pussy Riot with a video to pair. The track is a reflection on celebrity influencer culture and how it has weakened the fibers of society. The choreography-ladened video uniquely contrasts the tongue-in-cheek nature of the song with carefree and colorful visuals, highlighting young activists and leaders that society should actually be making famous.

They also introduced their Future Famous program, which recognizes a wide range of exceptional people in different fields (science, environmentalism, music, art, etc) who are making a real difference in the world. Learn more at www.futurefamous.org.

ABOUT OUR LADY PEACE

Our Lady Peace is one of the most successful Canadian bands of the post-grunge era, garnering platinum-selling album after platinum-selling album while also achieving acclaim in the US with hits such as "Superman's Dead", "Clumsy" "Somewhere Out There" etc. The band has sold over 5 million albums worldwide, won four JUNO Awards and ten MuchMusic Video Awards - one of the most awarded group’s in MMVA's history, and have toured the world with The Rolling Stones, Guns n Roses, Smashing Pumpkins, The Stereophonics, Foo Fighters, Alanis Morrisette, and more, in addition to launching their iconic music festival, Summersault, and playing at legendary festivals such as Woodstock ’99 and Live 8. Our Lady Peace is: Raine Maida (lead vocalist), Duncan Coutts (bass), Steve Mazur (guitar) and Jason Pierce (drums).

OUR LADY PEACE ON THE WEB