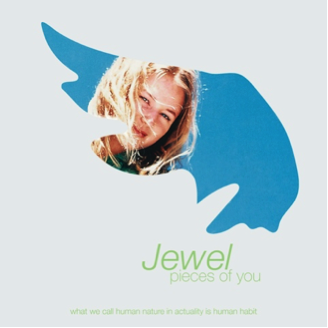 Out Now: Jewel’s 25th Anniversary Reissue Of Her Seminal Debut Album, Pieces Of You

JEWEL TO PERFORM NEXT WEEK ON THE KELLY CLARKSON SHOW AND JIMMY KIMMEL LIVE!

“From the very beginning… Jewel’s lyrics reflected the America she lived in, with her conversational, poetic touch.” – Neil Young

“‘Race Car Driver’ [from Pieces of You] exposes a more complex story underneath. That is the beauty of Jewel’s universal and evergreen storytelling… It’s these sparkles that make [her] songwriting quite refined.” – American Songwriter

Los Angeles, CA - November 20, 2020 - The 25th anniversary reissue of Jewel’s landmark 1995 debut album, Pieces of You, is out today on Craft Recordings. This special collection reveals the full process of the Grammy-nominated artist honing her work into one of the biggest, most definitive albums of its time, which led to the beloved singer/songwriter’s breakthrough and has since gone 12x platinum. To celebrate the reissue, Jewel will be holding a “Pieces of You LIVE” virtual concert this evening, which marks the first ever performance of the full album from front to back. Tickets and VIP packages are available on Jewel’s official webstore HERE. VIP ticket proceeds will be donated to Jewel’s non-profit, the Inspiring Children Foundation, which has been providing free mental health tools through their Never Broken Program to help people during the COVID-19 pandemic, as well as Voices of Hwǫłdzil (Resilience) - Adabi Healing Center, a community-based domestic violence and sexual assault crisis intervention and prevention program in the Chinle Agency and surrounding areas of the Navajo Nation.

The full track listings for each format of the Pieces of You reissue can be found below, which includes a 4-CD box set comprised of the newly remastered original album, a disc of rarities, B-sides and outtakes, a disc of demos, as well as live recordings captured at Jewel’s formative Inner Change coffeehouse sessions from 1994. Also available is the expanded digital album (offering the complete audio content from the 4-CD box set release), a deluxe 2-CD, comprising the remastered original album plus a selection of outtakes, rarities, and B-sides, as well as a deluxe 4-LP edition (replicating the 2-CD track list). Stream, download, or purchase the Pieces of You reissue HERE.

“Listening back to these songs, I hear a lot of courage, though I didn’t feel that at the time. I was really raw, but I wanted people to feel what I was feeling as intensely as I was,” says Jewel of this important period in her career. “I knew it was going to be a slow process, but I also saw a change in the zeitgeist. Grunge was a tectonic shift in the culture, but you can’t live in cynicism forever. I happened to be a little ahead of that curve in my own life—I was thinking about what do I do with pain, how do I stay sensitive?” she remembers.

Additionally, for Record Store Day’s Black Friday event this year on November 27, Jewel will be unveiling a limited edition Live At the Inner Change double-LP – captured at the eponymous coffee house in San Diego where she was discovered and first earned her performance stripes. This previously unreleased live performance from 1994 offers fans a chance to hear Jewel nearly two years before becoming an international sensation. Capped at 3,000 units, each individually numbered album includes a replica of the original show flyer, designed by Jewel herself. For more information and for a full list of participating retailers, please visit recordstoreday.com.

“People would come in and just be in awe,” recalls Inner Change owner, Nancy Porter. “She had the voice, the presence, the heart and soul of music. Everybody knew she was going to become a star. This is where she really built herself, developed her music, and I think everyone felt that. And the bigger the crowd got, the better she got.”

3. My Own Private God’s Gift To Women

7. You Were Meant For Me (Juan Patiño Version)

19. Who Will Save Your Soul (Unedited Master Take)*

4. My Own Private God’s Gift To Women

8. You Were Meant For me (Juan Patiño Version)

20. Who Will Save Your Soul (Unedited Master Take)*

1. You Were Meant For Me

1. You Were Meant For Me (Album Edit)

4. My Own Private God’s Gift To Women

4. You Were Meant For Me (Juan Patiño Version)

4. Who Will Save Your Soul (Unedited Master Take)*

Live at the Inner Change

Jewel went from a girl who grew up with no running water on an Alaskan homestead, to a homeless teenager in San Diego, to an award winning, multi-platinum recording artist who released one of the best-selling debuts of all time. Through her career Jewel has sold over 30 million albums worldwide and has earned 26 nominations for such awards as the GRAMMY®s, American Music Awards, MTV Awards, VH1 Awards, Billboard Music Awards, and Country Music Awards, winning eight times. Jewel has been featured on the cover of TIME Magazine, Rolling Stone, has performed on Saturday Night Live, at the Super Bowl and the NBA Finals, for the Pope and the President of the United States. She has experimented with several genres over her career with top hits in Folk, Pop, Club, Country, Standards, Children's and Holiday music.

During the COVID-19 pandemic, Jewel has been leading the conversation around mental health, helping people tackle the silent symptoms of COVID-19—anxiety, depression, and isolation—to build community and connection for those who need it most. For more than 18 years, Jewel’s non-profit, the Inspiring Children Foundation has helped at-risk youth cope with the same silent symptoms we are now seeing in the pandemic. Growing up in Alaska where she was indoors for eight months out of the year, she knows about isolation. After moving out at 15 due to an abusive household and suffering from debilitating panic attacks, Jewel became homeless by the age of 18 and developed agoraphobia, the fear of leaving one’s home, a condition that experts worry some people will develop in the post-COVID-19 era. Mental health has been a significant passion of hers since being a homeless teenager with little access to resources. During that time, she began to develop a set of tools to rewire her brain and create new emotional patterns that were later validated by neuroscientist and associate professor in psychiatry at Brown University, Dr. Judson Brewer. After learning meditation and discovering and innovating her own mindfulness practices, Jewel was able to heal symptoms of her depression and go from surviving to thriving. These are the same tools she uses to help at-risk youth through her charity and the same tools she is offering online for free. For more information, please visit the Inspiring Children Foundation website. To access Jewel’s free online tools, please visit the Never Broken website.

For more info on Craft Recordings: