Next showcase will be July 16th: Anteloper + HXH 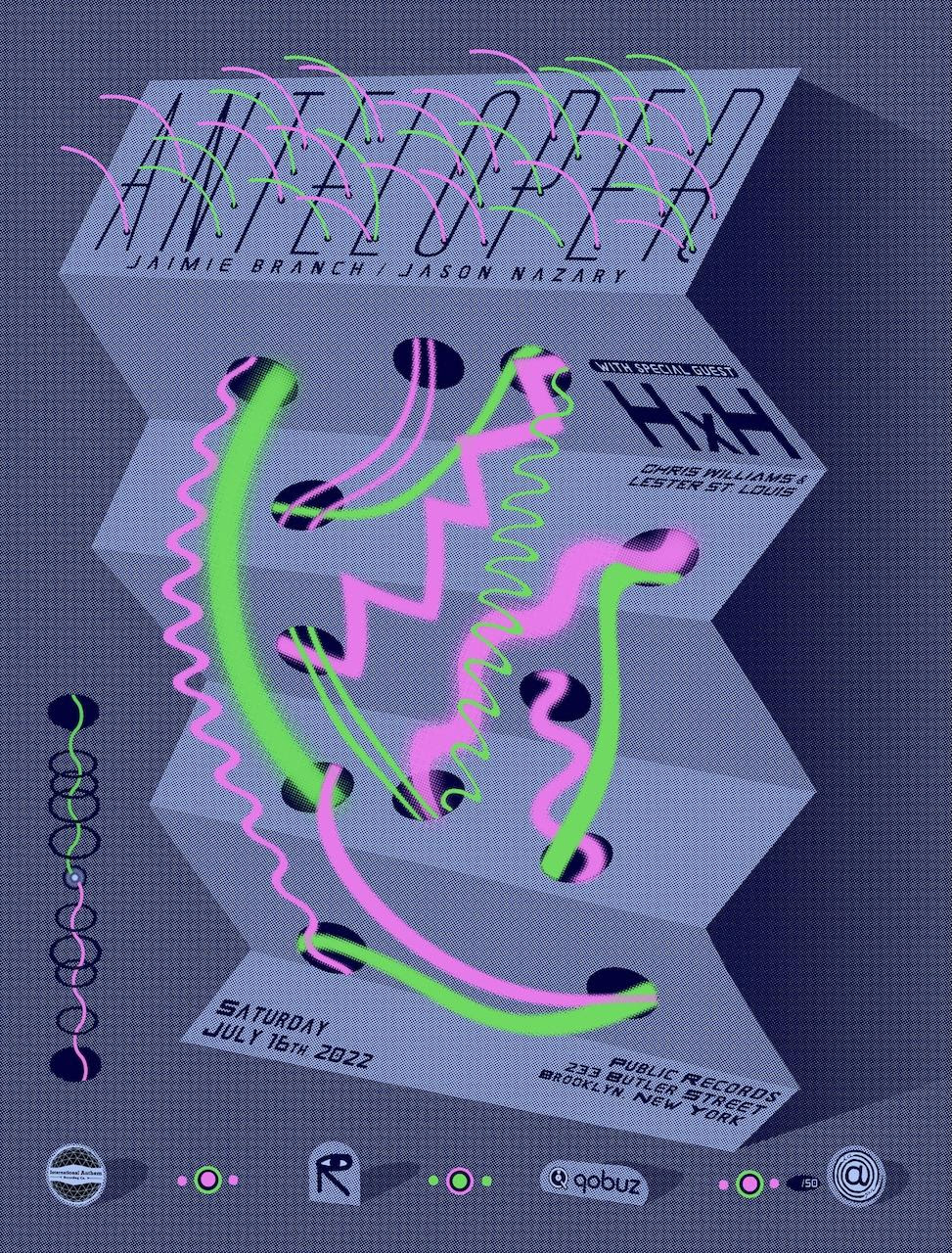 Qobuz, the music lovers’ Hi-Res streaming and download platform, is partnering with the Chicago-based independent record label International Anthem for a curated series of four album release shows at Brooklyn’s Public Records. After each show, select live recordings will be exclusively released in Hi-Res on Qobuz.

The series launched earlier this year with artists Alabaster DePlume and Jeremiah Chiu & Marta Sofia Honer, and the recordings from that show are first up for an exclusive Hi-Res release on Qobuz on July 13th.

And watch this space for info on the two shows to come.

The International Anthem shows and exclusive releases are the next example of Qobuz’ commitment to the independent music community, and the more adventurous music often overlooked by the mainstream. Earlier this year, Qobuz held a showcase at SXSW ft. a slate of indie artists including Circuit des Yeux, Moor Mother, claire rousay, and Marina Herlop, and previous exclusive releases include music from Christian McBride, Frank Zappa, Tower of Power, and many more.

Dan Mackta, Managing Director of Qobuz USA, said “International Anthem is a label that Qobuz is really pleased to spotlight; they release music that pushes boundaries, and they do it out of love. The live concert sponsorships have been a perfect fit for us and the exclusive recordings are the icing on the cake.”

Scottie McNiece, co-founder and A&R director of International Anthem says: “It’s an incredible privilege to present uncompromising, creative music performances by artists from our label family in a venue like Public Records, as they take such care with the quality of sound and production, and they have been very receptive to our standards of recording these shows. With Qobuz bringing a very like-minded philosophy to the way they present music on their platform, there couldn’t be a more perfect partner for bringing these moments from the intimate live experience into the recorded music realm for wider appreciation. We are very grateful for Qobuz’s support and collaboration in making these live releases very special!”

Founded in 2007, a pioneer of high quality sound, Qobuz is the French music streaming and download service that meets the needs of demanding music lovers and audiophiles. Available in 25 countries around the world, in Europe, USA, Australia, New Zealand, Latin America and Japan (Hi-Res download service only). Qobuz offers an exceptional range of exclusive editorial content written by a team of experts. With its catalog of more than 80 million tracks, Qobuz also has the richest choice of high-resolution (Hi-Res) references on the market. Qobuz is licensed for Hi-Res audio by the Japan Audio Society (JAS). For more information, visit qobuz.com