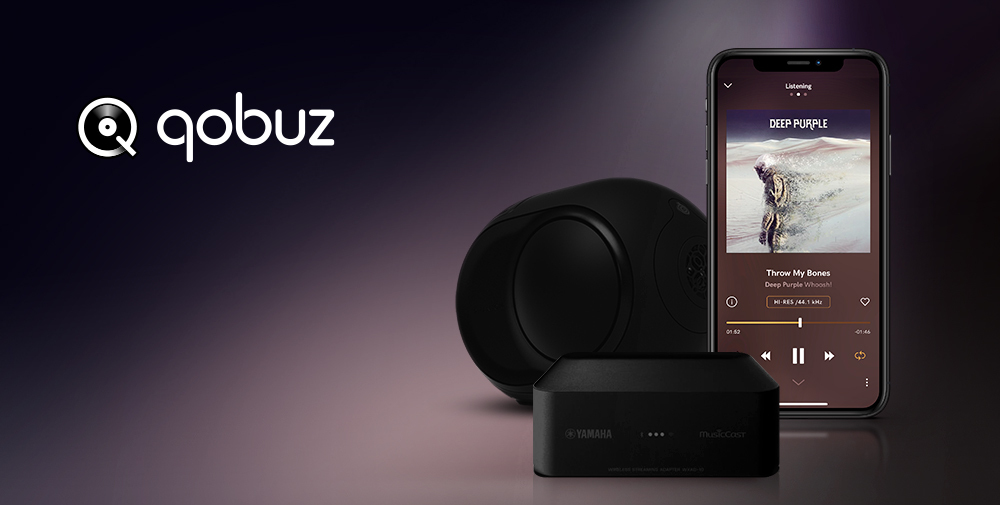 Paris, September 21, 2020 - Qobuz, the world’s 1st Hi-Res music streaming and download service, announced that it has raised 10 million euros in new capital to drive its momentum and consolidate its future developments. To support its international expansion ambitions, Qobuz, now present in 12 countries, is strengthening its managerial organization with the establishment of new management and the launch of a vast recruitment plan.

A pioneer in high-quality sound, Qobuz sets itself apart with its high-end musical experience combining excellent sound quality and unique, original editorial content. The service is now accessible in 12 countries - the US, where it opened in 2019, France, where the company began in 2007, as well as the United Kingdom, Ireland, Germany, Austria, Belgium, Switzerland, Luxembourg, the Netherlands, Spain, and Italy.

The French service closed its last fiscal year with over 45% growth, and is now pursuing a major development plan. To support the brand's ambitions in terms of offer, R&D, talent recruitment, and strategic partnerships, in addition to supporting it in its global expansion, its historical shareholders - the Nabuboto company and the Quebecor Group - have renewed their confidence by the fundraising of 10 million euros. This follows a previous capital increase of 12 million euros in August 2019.

To support this development, Qobuz is setting up a new management team and launching a recruitment plan that is unprecedented in the company’s history.

Internationally, for Qobuz’ Paris HQ, Georges Fornay, the executive behind the development and success of the PlayStation in French and Swiss territories, has been appointed Deputy CEO.

At his side, Céline Gallon joins Qobuz as Chief People Officer. Finally, Raphaël Awóṣéyìn, who has held the position of Head of Quality Assurance within Qobuz for over a year, is appointed Chief Customer Officer.

On the US side, music veteran Rachel Silton has joined as Acquisition and Marketing Manager. Rachel brings a range of expertise from her roles across the music industry including Marketing Director at NYC Winter Jazzfest & Sound Mind Live, Project Manager at Motema Music and Marketing Consultant for GRAMMY-nominated artists.

Other major recruitments are planned to take place by the end of the year.

“We are very proud of our latest fundraising milestone of 10 million euros, which shows our historical shareholders’ confidence in our model. The end of the year promises to be full of exciting projects for Qobuz. We are also very pleased with the arrival of Georges Fornay, Céline Gallon, and other experienced professionals who are committed to upholding the ambitions of our brand. We are ready to step up our international presence to offer a unique offer to those who do not compromise on musical quality.” declares Denis Thébaud, Chairman and CEO of Qobuz.

Founded in 2007, a pioneer in high quality sound, Qobuz is the French music streaming and download service that meets the needs of demanding music lovers and audiophiles. Available in 12 countries around the world, in Europe and the United States, Qobuz offers an exceptional range of exclusive editorial content written by a team of experts. With its catalog of more than 60 million titles, Qobuz also has the largest number of high-resolution (hi-res) references on the market. For more information: www.qobuz.com