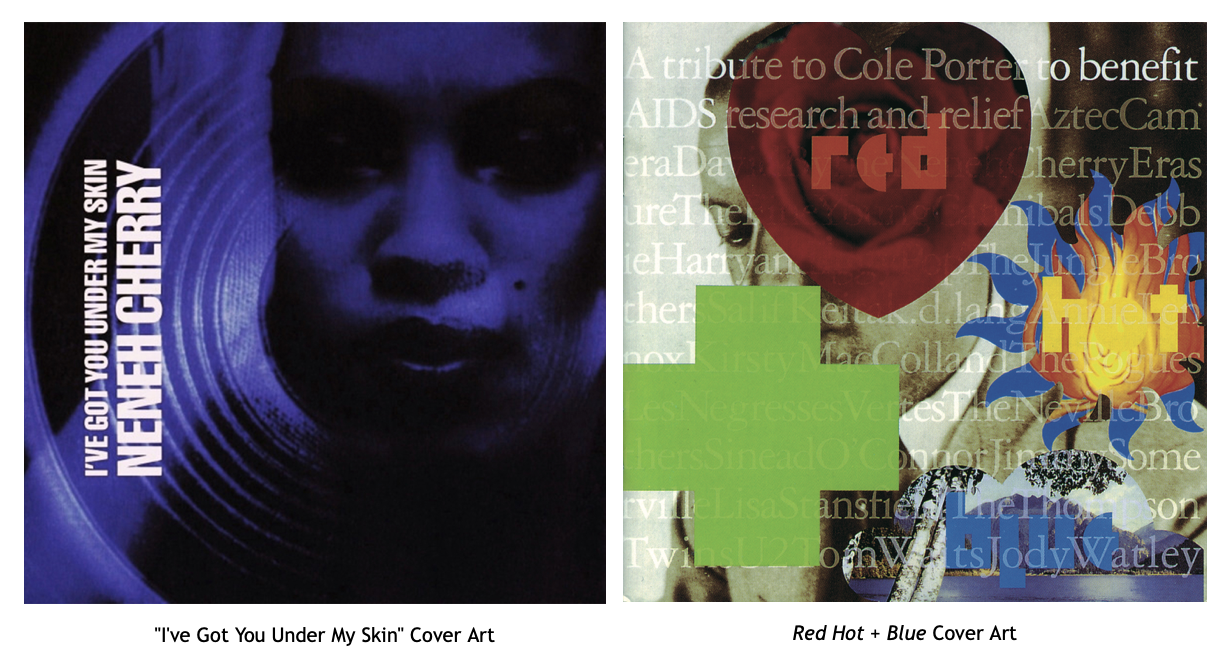 On September 25th, 1990, Red Hot released its debut compilation album and trailblazing, multimedia HIV/AIDS benefit, Red Hot + Blue. Featuring music, art, fashion and film from David Byrne, Neneh Cherry, Erasure, Jean Paul Gaultier, Keith Haring, Debbie Harry & Iggy Pop, Jim Jarmusch, Annie Lennox, k.d. lang, U2, Tom Waits and dozens more paying tribute to the songs of Cole Porter, the project set the precedent for cultural activism as it raised awareness, reduced stigma, changed public behavior and benefited the LGBTQ community and other affected groups like never before. Red Hot + Blue sold over a million copies, led to a radical TV special seen around the world, launched a BBC documentary, and since then, both the non-profit and its co-founder John Carlin have spent the past three decades continuing to fight the global HIV/AIDS pandemic through the power of pop culture, rallying the most influential artists of - or ahead of - the current moment.

Today, after more than 500 collaborations, 20 groundbreaking albums, and tens of millions of dollars raised for hundreds of vital organizations, Red Hot announces that it will celebrate their 30th Anniversary by digitally reissuing Red Hot + Blue on December 1st, in honor of this year's World AIDS Day.

To accompany the news, Red Hot has unveiled a new package of six vintage remixes created for Neneh Cherry's "I've Got You Under My Skin," distributed physically in 1990 but never released on DSPs until now. As the Red Hot + Blue lead single and album opener, originally paired with an iconic music video directed by Jean-Baptiste Mondino, Neneh Cherry's take on the song marked one of the first times AIDS was described directly in pop culture.

Listen to "I've Got You Under My Skin" remixed by Blacksmith, Afrika Baby Bam & Booga Bear, David Z and more here: https://ingroov.es/i-ve-got-you-under-my

As the world is faced with yet another pandemic, Red Hot's decades of work are more pertinent and influential than ever. Co-founder and, along with Leigh Blake, Red Hot + Blue producer/director John Carlin explains to Rolling Stone:

"For those of us living in New York 30 years ago, HIV/AIDS was as devastating as COVID-19 is today. But what made Red Hot + Blue so impactful and different was that it celebrated life and the power of music and art to lift people up during dark times. Leigh Blake and I wanted to invent something different than a live event charity benefit, so we created a multimedia project that combined music, film, fashion and art. I think that's why it still looks and sounds great as an emblem of the time in which it was made, with some timeless sublime creative elements that we can enjoy and learn from today. This is also because Red Hot pioneered using pop culture for social change - good propaganda - to fight for LGBTQ rights and to promote safer sex. 30 years ago it was condoms, today it's masks. And we raised millions of dollars through album sales and gave it away in ways that no one else was doing at the time; such as almost a million dollars to ACT UP, which was the only significant outside donation they received and helped them and the affiliated group, TAG (Treatment Action Group), bring the drugs to market that have let people with HIV live normal lives ever since."

Between now and World AIDS Day on December 1, Red Hot will have more archival materials and even new music to share. From George Michael, Madonna and Nirvana to Wu-Tang Clan and De La Soul, to Bon Iver, The National, Sharon Jones, John Legend, Chance the Rapper and Robyn, Red Hot's curatorial instincts have consistently captured the spirit of the times for the past 30 years and counting. In addition to Red Hot + Blue, their discography includes such titles as No Alternative, Red Hot + Rio, America Is Dying Slowly, Fela Kuti tribute Red Hot + Riot, Dark Was The Night, Day Of The Dead and many more you can find here.

Neneh Cherry - "I've Got You Under My Skin" Remixes

I've Got You Under My Skin (Blacksmith "Brixton Bass Mix")

I've Got You Under My Skin (David Z Remix)

I've Got You Under My Skin (Ronin "Skin Deep")

I've Got You Under My Skin (Blacksmith "UPSO")

I've Got You Under My Skin (Ronin "In Deep")

I've Got You Under My Skin - Neneh Cherry

In the Still of the Night - The Neville Brothers

You Do Something To Me - Sinéad O'Connor

Don't Fence Me In - David Byrne

It's All Right with Me - Tom Waits

Who Wants to Be a Millionaire? - Thompson Twins

I Get a Kick Out of You - Jungle Brothers

Down In The Depths - Lisa Stansfield

From This Moment On - Jimmy Somerville

After You, Who? - Jody Watley

Do I Love You? - Aztec Camera