First Artist To Perform at The Wiltern Since March

Live Shows To Take Place and Stream on Sunday, September 27 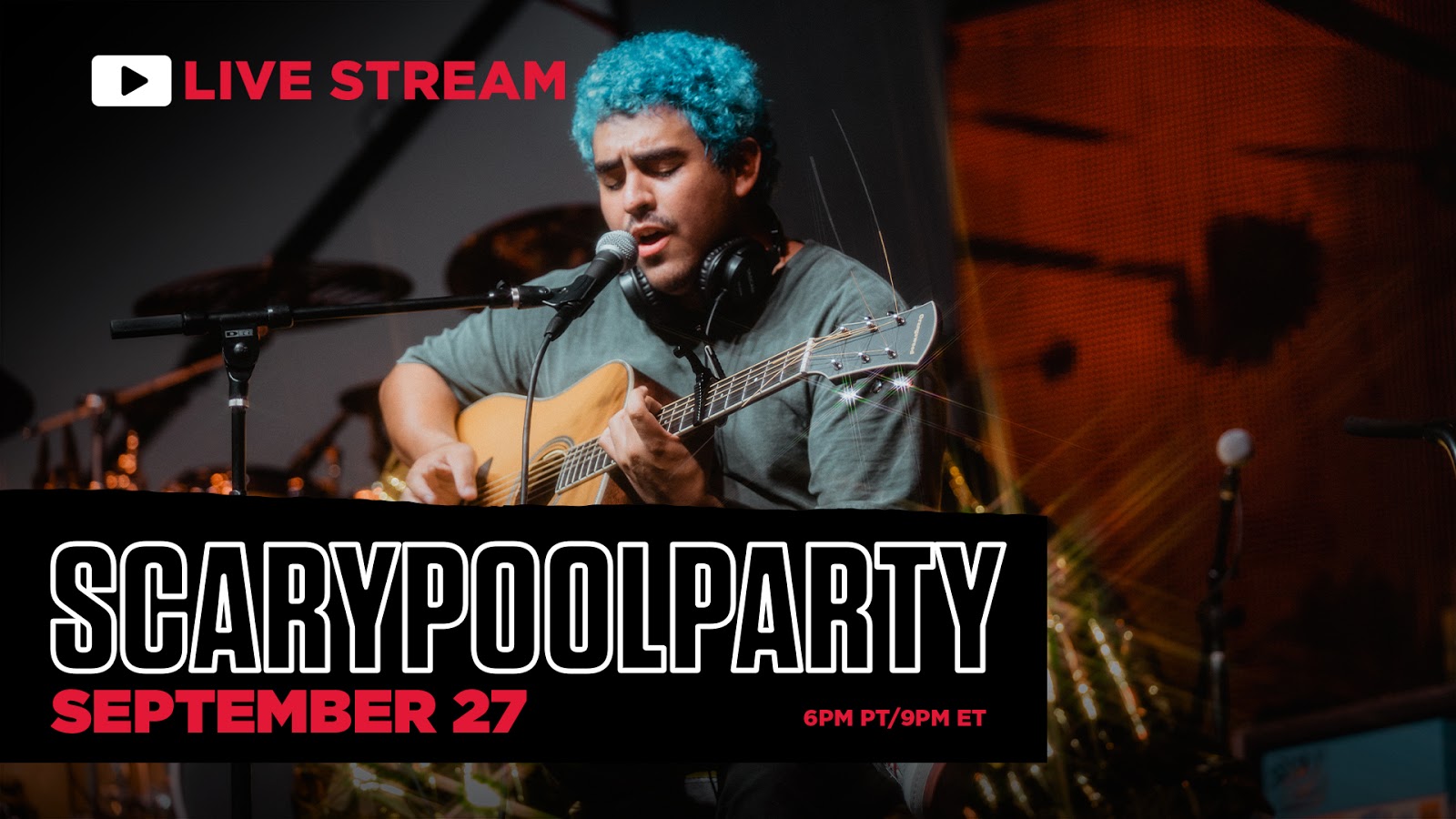 WHEN: Scarypoolparty will be performing three special shows live on Sunday, September 27:

The second live stream concert of the evening will take place at 6pm PT/9pm ET.

WHERE: Streaming live from The Wiltern in Los Angeles, California to fans all around the world.

HOW: Tickets are on sale now and available to purchase at Ticketmaster.com for fans in North America, starting at just $10 (no fees!) For fans in international markets, tickets for the 12pm PT live stream concert can be purchased HERE and for the 6pm PT live stream HERE. Fans can also purchase an exclusive vinyl merch bundle for the show, which will include a ticket to watch the live stream concert as well as a limited edition vinyl of Scarypoolparty’s Doom Hologram EP.

MORE: Scarypoolparty will be performing two full LIVE band sets from The Wiltern in Los Angeles, CA on the same day. He’ll also be the first artist to perform at The Wiltern since March. Fans who join early will enjoy a virtual backstage pass to the show with multiple cameras set up throughout the venue capturing live behind-the-scenes footage and interviews with the artist before the show starts. These live concerts will feature first class show production including LED visuals. The concert is produced by Live Nation.