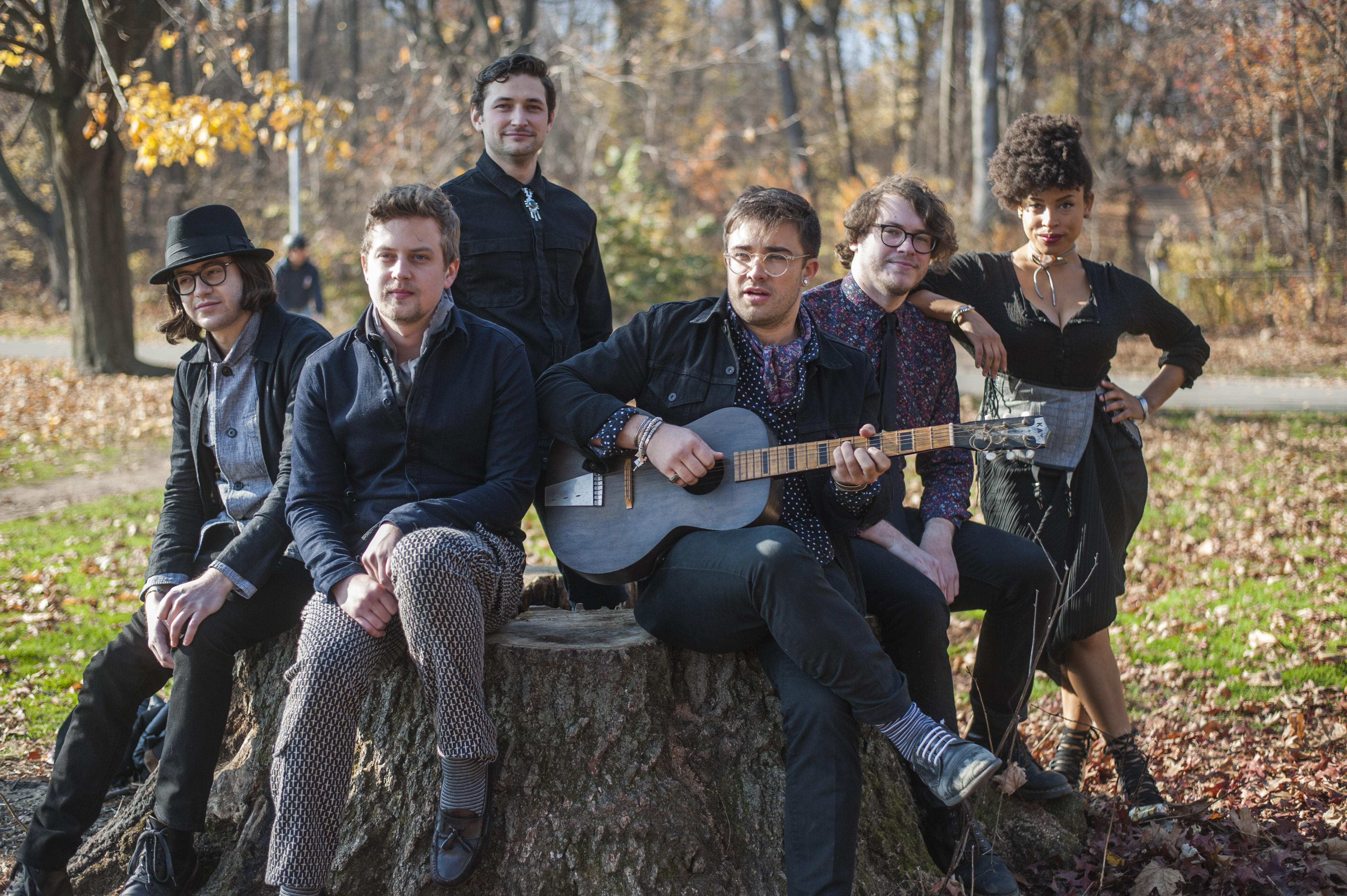 Friends, Romans, and music lovers, lend this band your ears! Great Caesar has the sensitivity of a sonnet-writing bard and the passion of a banner-waving, Arcade Fire anthem. On March 25th, the six-piece Brooklyn collective will release a five-song EP entitled 'Jackson's Big Sky', recorded with The Lumineers/Vance Joy producer Ryan Hadlock.

Highlights on the EP include "Jolene," a rolling, country-tinged ballad about small-town life and grown-up dreams, with two blended voices acting as the song's main characters, and "Hey Mama," a mellow, Muscle Shoals soul track about a young man in prison contemplating the mistakes he's made. Both songs were inspired by the band's performance at the Marion Correctional Institution in Ohio. Also included is "Leaving You," which adds brash guitars and a catchy chorus to the mix in an upbeat exploration of relationships and tricky decisions. The combination of beautiful, hook-laden melodies and pensive, story-driven lyrics shows what listeners can expect on the rest of the EP.

Frontman John-Michael Parker says about inspiration for the EP, "On January 1, 2015, the guys in Great Caesar left our tiny Brooklyn apartments and headed east, moving into a secluded, expansive, and breathtaking estate in Southampton, NY called Jackson's Big Sky. We rented the place for two months with the goal of writing a record's worth of new music and gearing up for our first SxSW and cross-country tour. A few of the songs on this EP -- "Jolene" and "Hey Mama" -- were written during that time; moreover, the months we spent in Southampton, developing our music, our team, and our artistic voices, set in motion all of the work that followed throughout the year."

Formed by John-Michael and bassist Adam Glaser while attending high school in Madison, CT, Great Caesar is a charismatic indie cocktail of glassy vocal harmonies, lush horn arrangements, and a tight punk/funk rhythm section, all of which MTV called, "at once organic and electrifying." Their sound has won them invitations to perform at the Barclay's Center Billboard Lounge, YouTube, Google, Buzzfeed, and Soundcloud.

Great Caesar has gained a reputation for their socially conscious songs, and has brought their music to social innovation conferences such as TEDxHollywood, Summit Series, and The Feast. In 2013, the band created "Don't Ask Me Why", a music video about social justice and equality. Backed by a $50,000 Kickstarter campaign, the video acted as a clarion call for LGBT rights and received vocal support from public figures including Deepak Chopra, Arsenio Hall, and Russell Simmons.