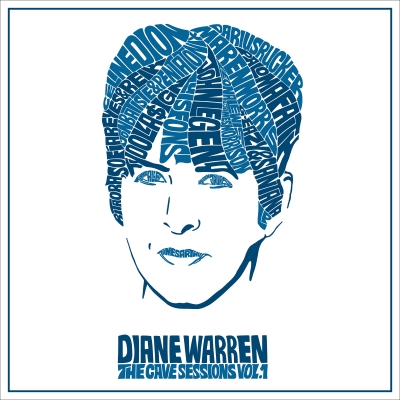 Diane Warren: The Cave Sessions Vol. 1 will be released everywhere August 27 and is available for pre-order now

Warren teamed up with multi-platinum superstar G-Eazy and music legend Carlos Santana on the opening track "She's Fire," which was spotlighted by Rolling Stone and has E! News saying it "deserves all the fire emojis." G-Eazy lends his unparalleled lyricism while Carlos Santana elevates the song to the heavens and back--a sneak peek at the unique collaborations on Diane Warren: The Cave Sessions Vol. 1.

6.  Diane Warren & John Legend "Where is Your Heart"

9.  Diane Warren & Lauren Jauregui "Not Prepared For You"