Spell Songs, a group of seven acclaimed folk musicians collaborating with best-selling nature writer Robert Macfarlane and award-winning artist Jackie Morris, are re-kindling the vital connection between humankind and Mother Nature on their new album ‘Let The Light In’ available everywhere today (12.10) via Quercus Records from Folk by the Oak / Thirty Tigers.

Listen to ‘Let The Light In,’ here: ffm.to/spellsongsii-eu

“We feel lucky beyond words to have been given the chance to work with such astonishing people, with the musicians each bringing strands of word and song and image, then weaving them together by ear, in the air," says Macfarlane and Morris. "It all seemed a profound gift to us both, after so much time spent alone, apart.”

Watch the new “Thrift” video (out today) filmed at the UK’s Real World Studios, where some of music’s top names including Beyonce, Alicia Keys and more have recorded: 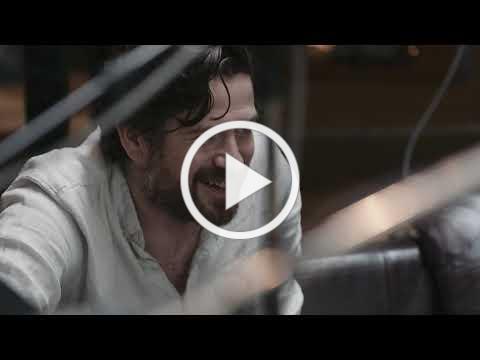 Here’s what critics are saying about the music:

“Spell Songs II: Let the Light In will draw you into an absorbing

“A glorious blend of music and pictures celebrating

British wildlife with all kinds of fantastic folk players involved”

“a testament to the interplay between the musicians”

“a delightful homage to nature”

Spell Songs will come together once again in 2022 for a 6-date run of shows in iconic venues in Scotland, England, Australia and across the United Kingdom. Next summer, they’ll appear at the Cambridge Folk Festival and return to the Folk by the Oak Festival where they first met in 2018 and were commissioned as a new folk supergroup by Macfarlane and Morris. For a full list of dates, tickets and more information, visit thelostwords.org/spell-songs.

‘LET THE LIGHT IN’ TRACKLIST:

8. Bird Of The Blizzard