2x-Grammy-nominated artist Steve Aoki, multi-platinum vocalist MAX and the “Queen of C-Pop” Jolin come together on “Equal In The Darkness.” Aoki’s electronic soundscape is enhanced by MAX and Jolin’s impassioned vocal delivery, where they take turns singing the verses and harmonizing as one on the earworm chorus. The lyrics speak to the commonalities that we all have as humans; no matter where we come from, we are all digging through the darkness and searching for answers and love. “Equal In The Darkness” is out now via Liquid State, the Tencent Music and Sony Music joint venture label dedicated to forging groundbreaking global collaborations across the dance music space. Listen here: https://orcd.co/equalinthedarkness

“Equal In The Darkness” arrives with both an English version and a Chinese version, showcasing MAX and Jolin’s impressive foreign language skills. Fans who attended Lollapalooza over the summer, received an early taste of the English version when MAX joined Steve Aoki on stage to perform the new song for the first time ever during Aoki’s Thursday night headline set. The never-heard-before Chinese version features Taipei-based singer Jolin delivering a stirring performance, alongside New York’s MAX, who also sings his verses in Mandarin, a language he newly learned to record this song.

“The lyrical delivery in this song is so beautiful,” states Steve Aoki. “The message behind it is universal, and I’m so happy to have been a part of the creation of it. This song represents the idea that no matter where you are from or who you are, we are all just people in the darkness, equal in the darkness. I am very excited to bring all of my passion and heart into this project with Jolin and MAX. We were able to collaborate across time zones and nationalities, and I think we were able to create something special.”

MAX adds, “It was such an honor and pleasure to learn Mandarin for this song for the first time and to be alongside such legendary artists like Jolin and Steve Aoki. Steve and I have been friendly and working together for a long time and Jolin is so unbelievably talented - this was a meant to be collaboration.”

“Steve is a such a brilliant musician with the most creative ideas, and MAX has these outstanding vocals which make people stop what they are doing and instantly feel the story that is being told,” Jolin states. “I'm so honoured to work with these great artists on Equal in the Darkness, and I'm touched by the meaning behind the lyrics with this record. I hope everybody will be, too.” 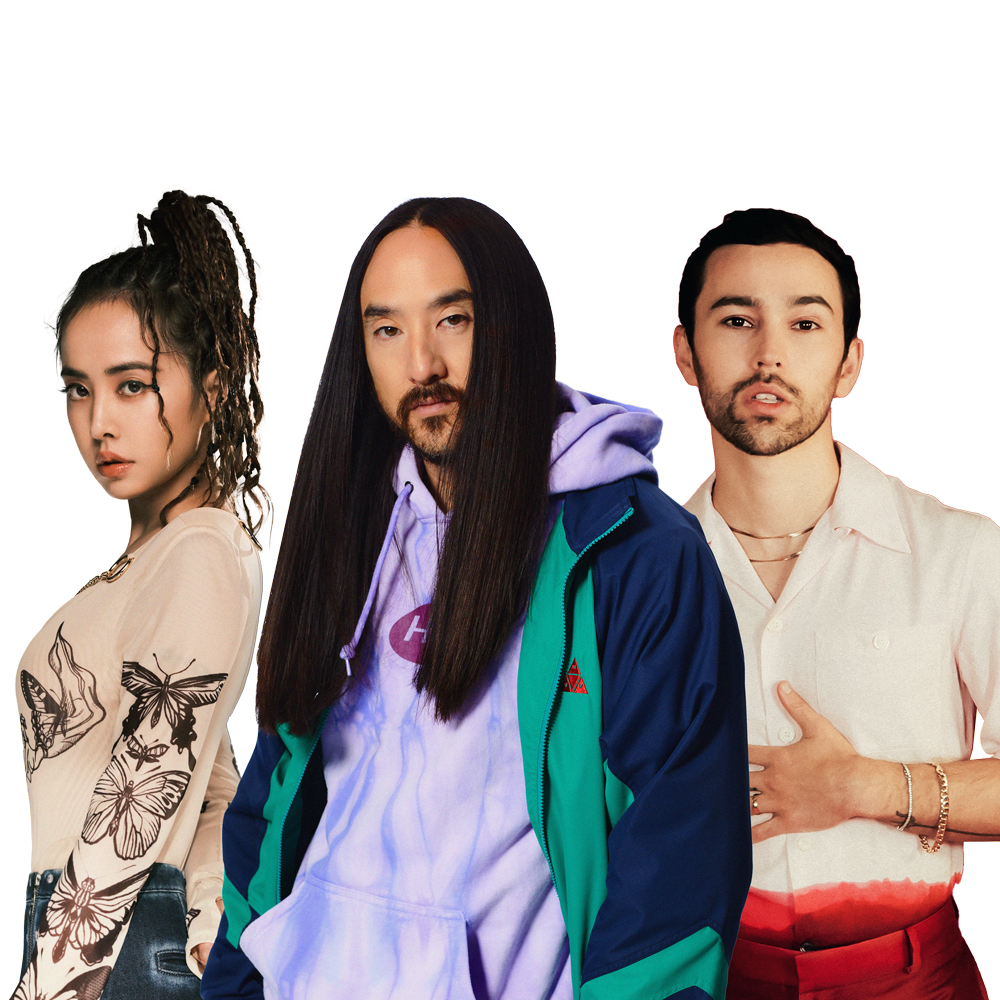 MAX’s music is fueled by authenticity. From his unfiltered, heart-on-sleeve lyrics to his handcrafted visuals, the breakout pop star invites you to be part of his world, sharing the highs, lows, and every neon-hued emotion in-between. He’s been labeled a “young pop god” by GQ and dubbed a “top pop star to watch” by Billboard, and it’s no wonder: He broke through in 2016 with the ubiquitous, triple-platinum “Lights Down Low.” The track shot to #1 at Hot AC radio and went platinum in a number of countries. Since then, MAX has amassed more than 1.5 billion streams, released a number of other multi-platinum songs, dropped the pop-expanding Colour Visions album, and collaborated with everyone from Suga of BTS to Chromeo to Hayley Kiyoko. With his irresistible Warner Records debut, “Butterflies” with Ali Gatie, MAX affirmed so much of what makes his songs special, from the easy inventiveness of his sound to his staggering lyrical transparency. MAX wrote the emotional ballad about renewing his wedding vows, making it a sequel to “Lights Down Low,” which famously doubled as a marriage proposal. Wide-eyed and sincere, it’s the kind of love song that smitten couples will slow dance to for years to come. “I want to dive deeper on both ends — with raw, honest songs like ‘Butterflies’ and the more experimental fare of Colour Vision,” he says. Now, with Warner Records at his back, MAX will have the best of both worlds, propelling his authentic vision further than ever before.

Jolin is a Chinese singer, songwriter, dancer and actress. Referred to as “Queen of C-Pop”, Jolin is recognised as one of the top-selling recording artists in Asia. She played a huge role in popularizing dance-pop as mainstream music in the Greater China region, and extended her influence globally while building an international fanbase. In a twenty-year-long career, Jolin has explored a wide range of music genres across her 14 studio albums.