And on all DSPs: https://found.ee/SE_FWTerraceRemix

“We are so honored to be remixed by Terrace Martin, who we are gigantic fans of. The surprise addition of Robert Glasper was an absolute joy," the band said of the collaboration. Martin and Glasper have a total of 10 Grammy nominations between them, including 3 wins for Glasper’s solo work and two album of the year nods for Martin’s work on Kendrick Lamar’s To Pimp A Butterfly and good kid, m.a.a.d. city.

The story of “Ferris Wheel” continues to grow. After the band released it as their first Free Love single, they performed it live on the bed of a moving flatbed truck for Full Frontal with Samantha Bee, re-created the music video entirely in Animal Crossing, and took the unique approach of creating an ASL lyric video for the song. Late last month a deep house take on “Ferris Wheel” by UK producer and DJ Maya Jane Coles was released.

The Terrace Martin Remix of “Ferris Wheel” arrives on the heels of the visual for “Train,”a deep fake video imagining Sylvan Esso’s Amelia Meath as a familiar heroine, dodging bullets as she catapults through the air.

Sylvan Esso’s three-show virtual concert series LIVE FROM THE SATELLITE will continue with the second and third installments at 9PM ET on November 17 and December 1. Purchase tickets here, and watch a clip from the first concert in October in which they performed Gillian Welch’s “Everything Is Free” into “Numb.” 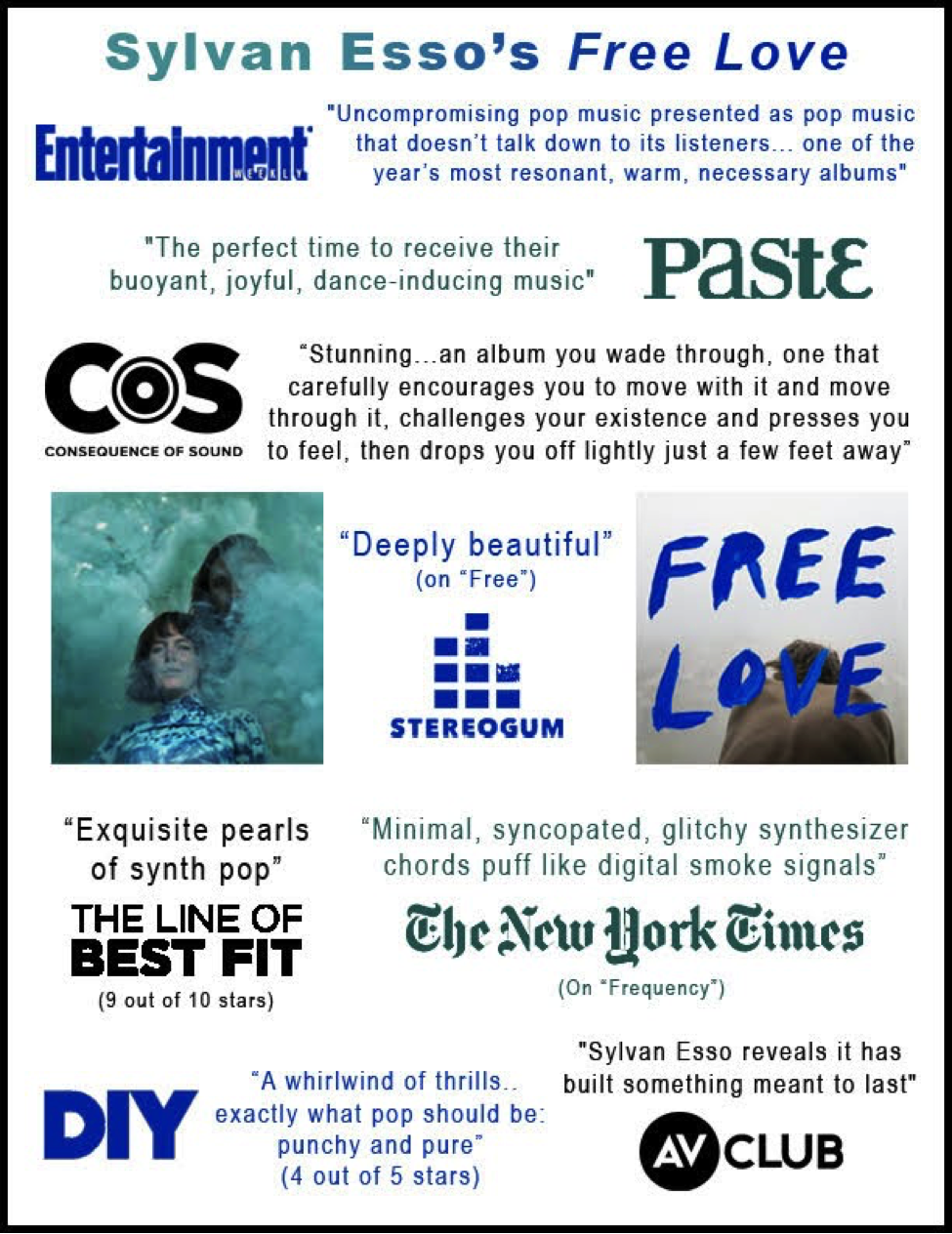