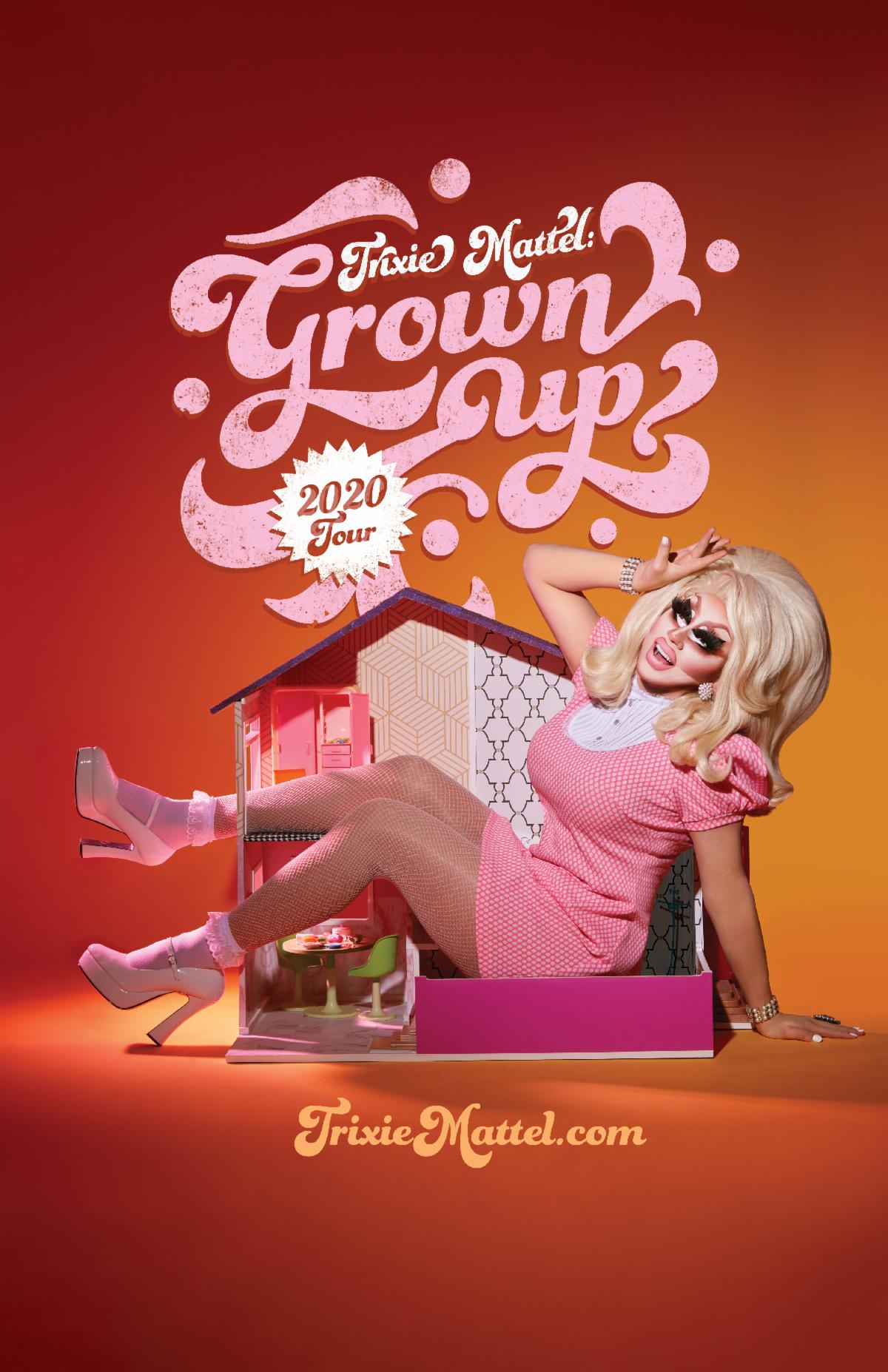 “Trixie Mattel: Grown Up” will find Trixie reinventing the hilarious charm of her previous tours (“Ages 3 and Up”, “Now With Moving Parts”, “Super Bowl Cut” and “Skinny Legend”), creating an intoxicating mix of her unparalleled sense of deranged and perfectly delivered humor, with her serious musical chops, often including Trixie accompanying herself on guitar and autoharp.

This time around, Trixie will be joined for the first time by a full band, signaling a more plugged-in sonic shift for the global folk chart-topper that was first hinted at when her latest single “Yellow Cloud” dropped earlier this year. Rolling Stone said the song “leaps forth with bright strums of electric guitar, vintage garage-rock organ flourishes and instantly hummable, wordless melodies that recall peak period New Pornographers.”

In an interview with Entertainment Weekly, Trixie said “Let’s really do it on this next tour. We’re doing ambitious reveals, costume changes, and wigs on wigs on wigs! I want people to leave and be like, ‘That was hilarious and the guitar playing was great, and she did not have to do five costume changes in the first number, but she did!”

Watch the hilarious trailer for the tour HERE.

Today’s tour announcement continues major momentum for an artist that has time and time again redefined what it means to be a drag queen in this day & age. Aside from her past touring success, she has released two albums ‘Two Birds’ & ‘One Stone’ (currently working on her third) and topped the Billboard Heatseekers Albums chart and the iTunes Singer/Songwriter chart. Trixie has turned her success as a hilarious stand-out and champion on RuPaul’s Drag Race into pop culture gold, also co-creating and starring in the wildly successful comedy web show UNHhhh with fellow Drag Race alum Katya Zamolodchikova, which was later adapted into the Viceland program The Trixie & Katya Show. Trixie is the subject of the documentary Trixie Mattel: Moving Parts which premiered at the Tribeca Film Festival last spring, and she also recently released her new comedy special “Trixie Mattel: Skinny Legend”. She is also the founder and CEO of her own cosmetics line Trixie Cosmetics, which aims to bridge the gap between a youthful fun irreverent spirit & high quality products. 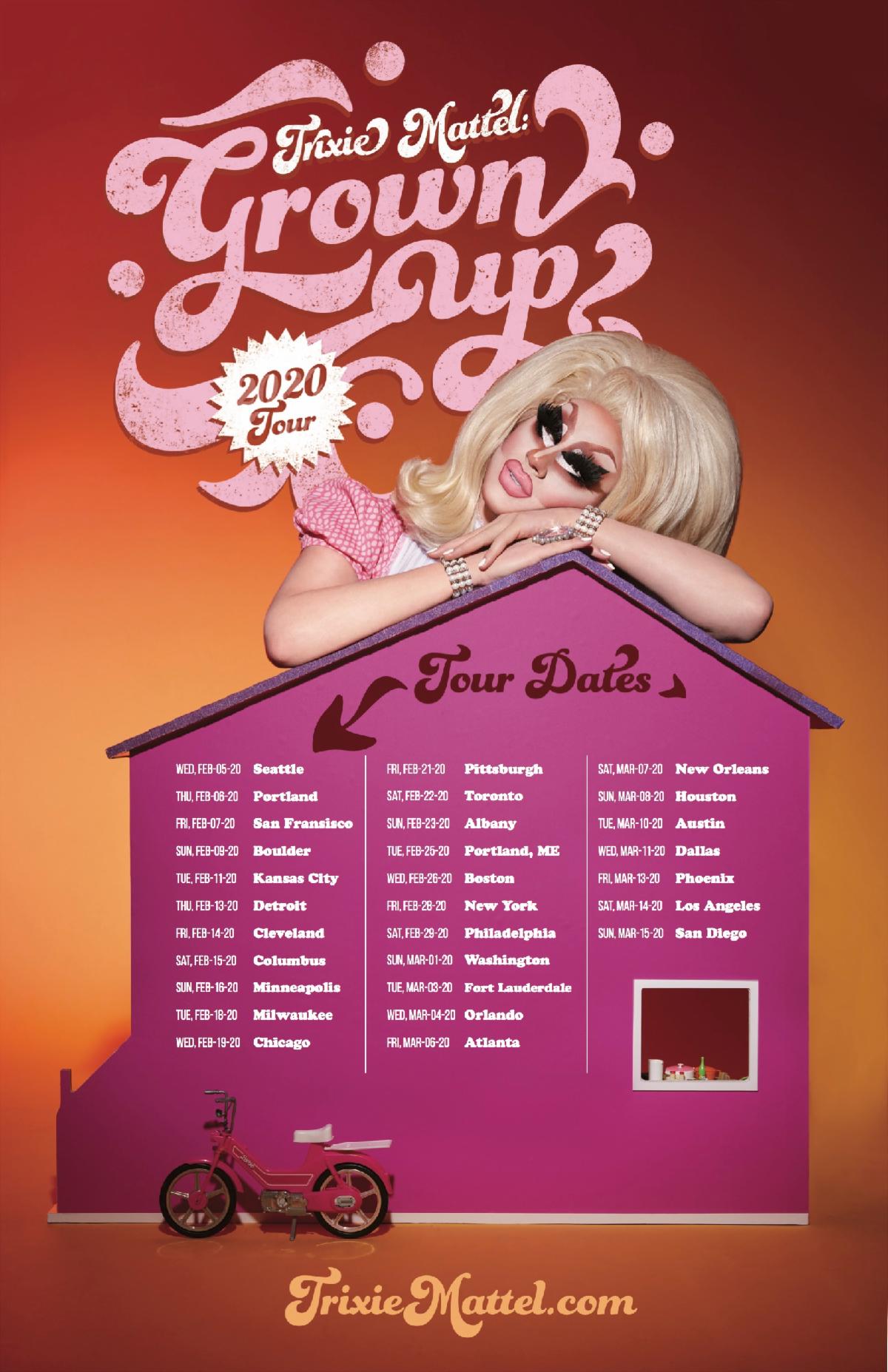