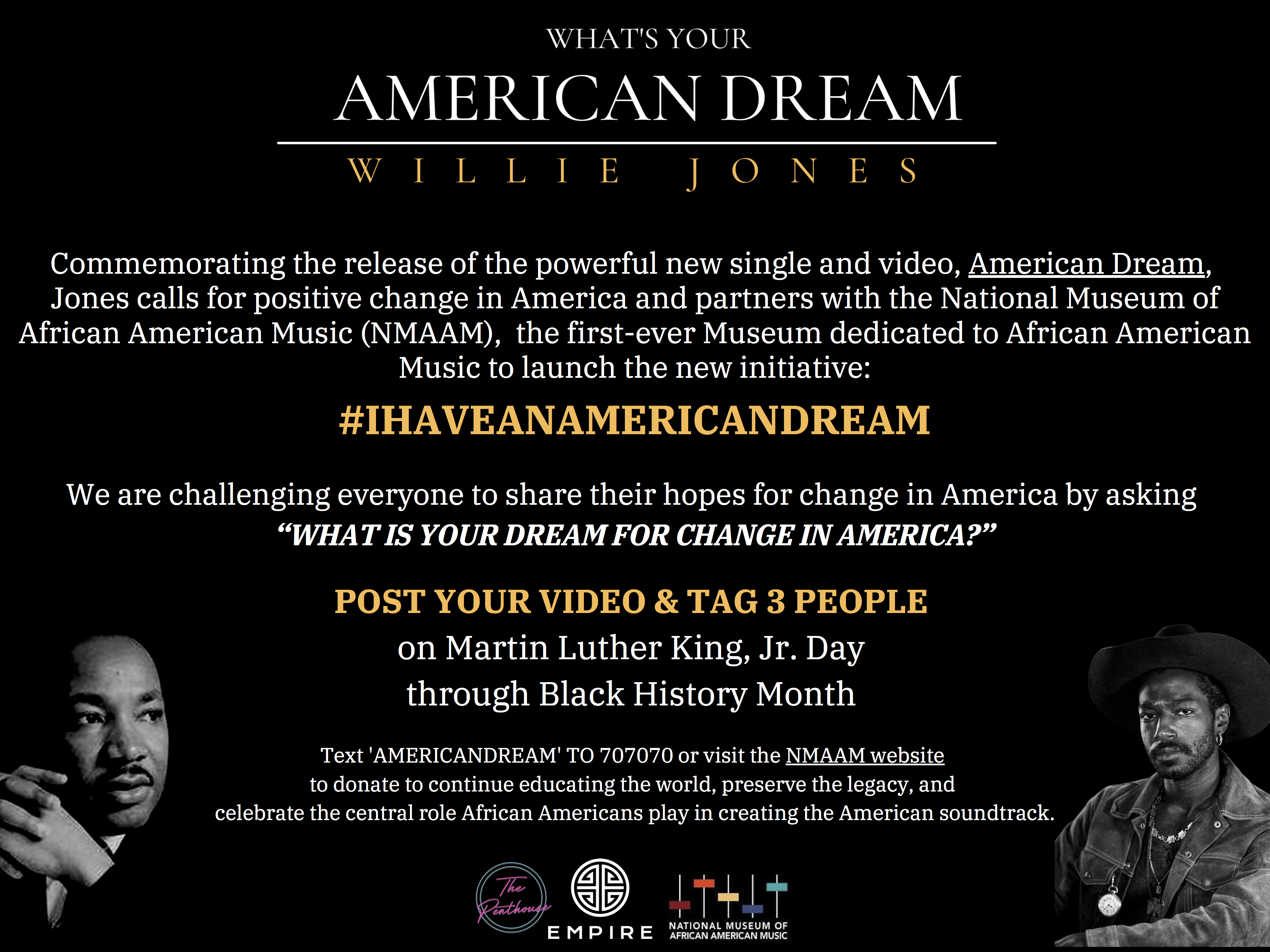 Willie Jones knows that now is the time to reevaluate what the “American Dream” really is. Today, Thursday, Jan. 14th, Jones announces his #IHaveAnAmericanDream initiative, calling people to share their hopes for change in America. The initiative launches on Mon., Jan. 18 (Martin Luther King Jr. Day) and finds Jones asking an important question — “What is your dream for change in America?”

“American Dream is a true patriotic anthem through my eyes,” says Jones. “It’s a story about my love for the country that my ancestors built. Honoring those who have come before me and having faith in those who stand with me in taking America forward. We cannot ignore the fact that so many of our black leaders - whether they’re civil rights leaders, authors, musicians, athletes or artists - have propelled the evolution of not just black people but the entire human race. We evolve and the process must continue. While ignorance and racism go hand-in-hand, they’re no match for intelligence and love. So let’s spread some damn love. All power to the people.”

Donations made through the #IHaveAnAmericanDream campaign will benefit the National Museum of African American Music. Text 'AMERICANDREAM' TO 707070 or visit the NMAAM website at bit.ly/AMERICAN-DREAM to donate to continue educating the world, preserve the legacy, and celebrate the central role African Americans play in creating the American soundtrack.

“We are incredibly excited to be partnering with WIllie on his initiative and honored by his donation,” says Tuwisha Rogers-Simpson, Vice President of Brand and Partnerships for NMAAM. “This is the perfect moment for this song, this initiative, and for our museum to be supporting artists as they work to build better communities. Social justice and equity are key throughlines of the museum’s story and NMAAM is committed to supporting artists, like Willie, who are working towards a better future for America.”

The National Museum of African American Music (NMAAM), opening with a ribbon cutting ceremony on Martin Luther King Jr. Day, will be the only museum dedicated to educating, preserving, and celebrating the influence of African Americans on the American Soundtrack. Located in Nashville, Tennessee, NMAAM explores more than 50 styles of music created, influenced, and brought to life by African Americans through more than 1,700 artifacts and 25 interactive touch points across seven distinct, interconnected galleries.

#IHaveAnAmericanDream coincides with Jones’ upcoming single release “American Dream,” out on MLK Day (Jan. 18). The song is a state-of-the-nation address that inspires a positive message of change and builds on the social conversation about race in America. While proud to be an American, Jones’ song acknowledges that as citizens who are part of a community, we have a long way to go.

"American Dream” is the standout track on Jones’ forthcoming ‘Right Now’ album, due Jan. 22 via The Penthouse/EMPIRE. 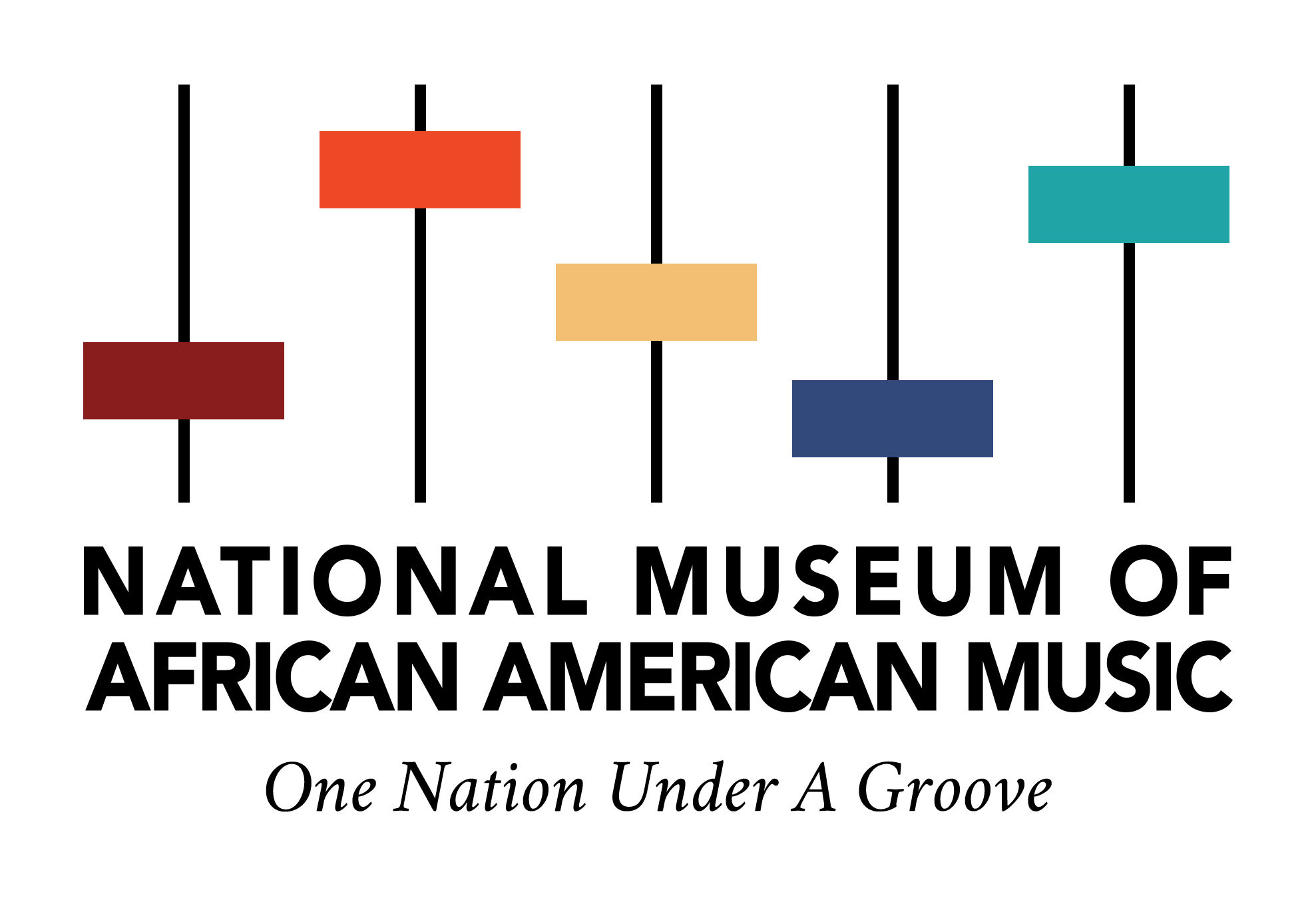 Heather Vassar I EMPIRE I heather@empi.re

Peter Kadin I EMPIRE I peter@empi.re