Your Old Droog Returns With “Ukraine” 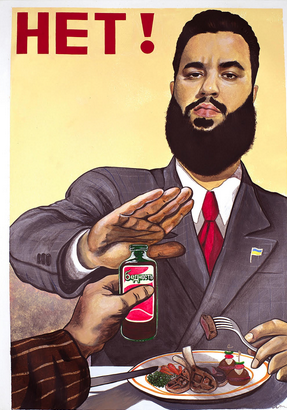 Your Old Droog has unveiled his first official single of 2020 with “Ukraine.” Putting his personal story at the forefront, the song finds Your Old Droog reflecting on his days growing up in Brooklyn as a Russian-speaking immigrant from Ukraine. Says the prolific rapper: “My last project [Jewelry] was about unapologetically claiming my heritage as a Jew, this song is about embracing my Ukrainian and Eastern European roots.” The new track offers a taste of what’s to come from YOD in the closing weeks of 2020.

Your Old Droog is one of the most exciting young artists in music today. After spending years working on his craft, Droog finally set the internet ablaze in 2014, releasing a mysterious self-titled project so impressive that certain listeners were literally convinced that he was one of the best to ever do it. The Ukrainian-born MC has long since cleared up rumors of who released the mysterious classic, stepping out from the shadows in interviews with outlets like The New Yorker, SPIN, The Village Voice, SiriusXM, and more. His debut was named one of the top albums of the year by both The New York Times and Rolling Stone.