Dan Tepfer Duets With Algorithms & Improvises the Future on New Album Natural Machines, Out May 17th

"A pianist of exceptional poise who is drawn to the deeper currents of melody."

"Charting the course for the keyboard in the 21st century."

"A pianist and composer who sees improvisation as the ideal expression of freedom within a framework."

As a MacDowell Fellow and Cultural Envoy for the US State Department, a Bachelor of astrophysics and a 30-year student of piano, Dan Tepfer has distinguished himself as "one of the moment's most adventurous and relevant musicians" (New York Magazine). In the eight years since his last full-length solo release, however, he's composed – and coded – the future. Today, he announces the multimedia, multisensory album Natural Machines, out May 17th on Sunnyside Records.

Using Yamaha's self-playing Disklavier piano as his only instrument, Natural Machinessets a new framework for how humans can make meaningful art by rethinking the boundaries between the mechanical and the natural, and how algorithms can help humans create something both intuitive and adherent to structure. The 11 songs, simultaneously written and recorded in single takes, are all products of Tepfer's improvisations interacting with computer programs he's invented. His algorithms process the music he sends them to instantly create counterparts, triggering the Disklavier's keys to express them as sound.

Tepfer explains, "I'm not writing a piece as much as I'm writing the way the piece works. The music I love lives at the intersection of the algorithmic and the spiritual. It's intuition working in tandem with structure. There's a current of anti-intellectualism, anti-science — even anti-truth — running through the world today. Natural Machineskicks against that."

The music is only half of it. Accompanying each performance are live visuals rendered by Tepfer's playing in real time. The projections take the sonic data from the Disklavier to represent foundational aspects of each piece – pitch, dynamics, rhythm, harmony, and more – in both two dimensions and virtual reality.

Watch NPR Music's mini-documentary to see some of the interplay unfold: https://n.pr/2HT39MB

And check out the videos for Natural Machines on YouTube: dantepfer.com/naturalmachines

While Tepfer will release the digital and physical audio of Natural Machines on May 17th, he's also preparing to launch a new VR website for the album, and has begun 3D printing some of the individual planets spawned through the record's visual universe. He's delivering its full interactive experience, including Google Cardboard for his audience, to Brooklyn's National Sawdust on April 16th, with more special events to follow – full dates below. 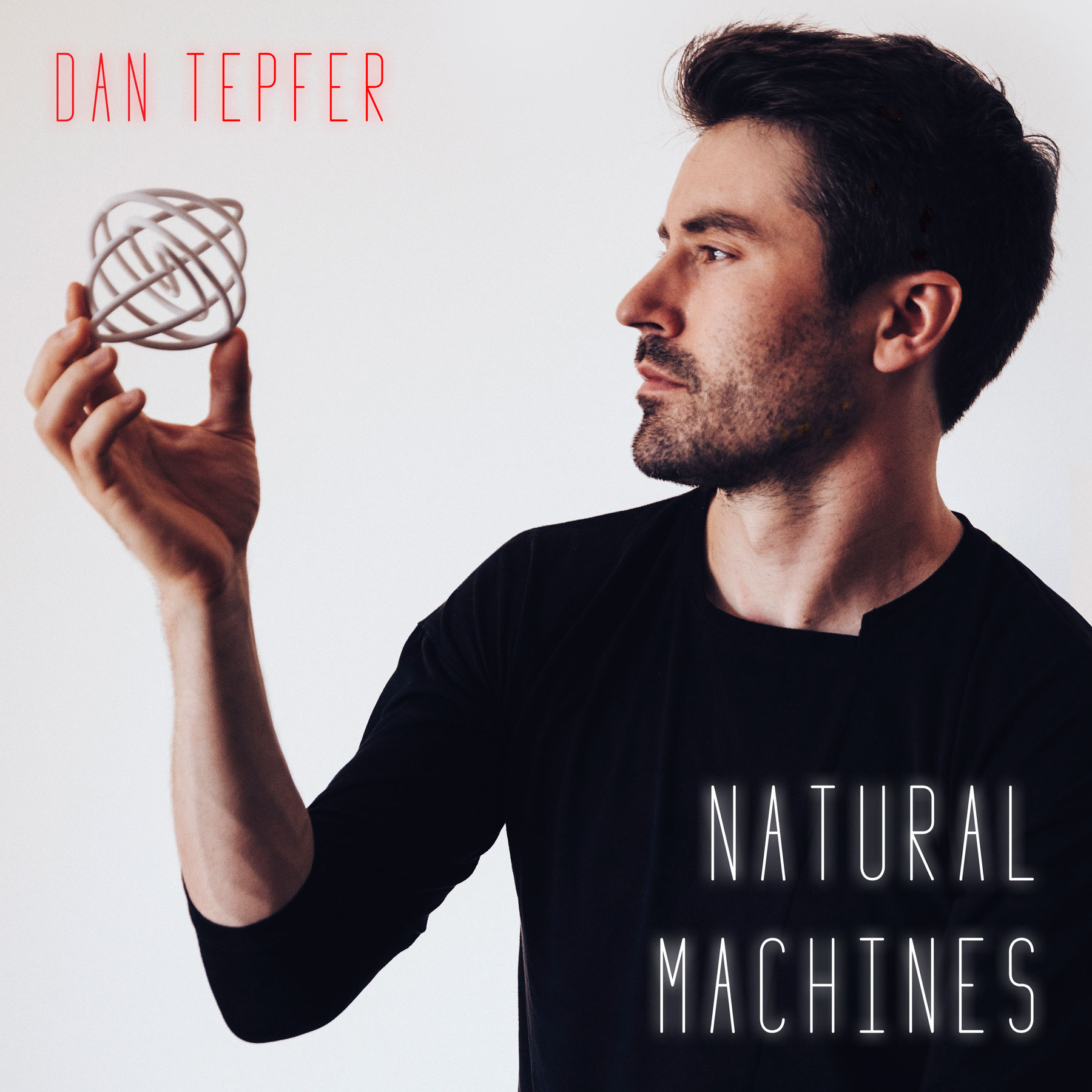 All The Things You Are / Canon at the Octave

Canon at the Octave / MetricMod